The Fossil Fuel Pariahs: When Sustainability and Investments Collide

By the close of 2019, issues of sustainability were gaining ground globally. It was predicted then that climate change, in particular, was about to put governments, investors, and civil society on a collision course with corporates, who would have to choose between ambitious pledges to reduce their emissions, and their bottom lines.

Oil and gas companies, airlines, car manufacturers, and meat producers were singled out as the sectors most likely to feel the heat. Nobody realised that during the following year, when the world was focused on the pandemic, that prediction would escalate dramatically.

In November 2020, 25-year-old Australian, Mark McVeigh, successfully sued his superfund, REST, for failing to manage the risks of climate change in his investment portfolio. He alleged that REST had breached the Superannuation Industry Act and the Corporations Act by failing to manage risks, which could include fossil fuel companies plummeting in value or infrastructure being damaged by extreme weather.

This is the first time a superannuation fund has been sued for not mitigating climate change risks, and his winning the case set a global precedent. It is also a bellwether of the shift from conscious consumerism to sustainability now directly impacting finance and investments.

A year before McVeigh’s victory, another bellwether sounded, but this time in the luxury fashion sector. Prada S.P.A was granted a €50 million, 5-year sustainability loan from the Crédit Agricole Group. Previously, sustainability loans were associated more with industries like oil, gas and mining.

Like other sustainability loans, this agreement allows interest rates to be adjusted annually if certain sustainability targets are achieved. In Prada’s case, rates would be trimmed if a certain number of stores were assigned a LEED Gold or Platinum certification or if it met targets for using Re-Nylon – a sustainable nylon substitute – in their production of goods.

Two months later, The Guardian announced that it would refuse any advertising from companies that extract fossil fuels, including many of the world’s largest polluters.

The move followed efforts to reduce the company’s own carbon footprint and increase reporting on climate change. They released a statement: “Our decision is based on the decades-long efforts by many in that industry to prevent meaningful climate action by governments around the world.”

This decision sparked another movement in the media industry. A new PR collaborative called the Clean Creatives was formed, which launched a campaign encouraging other creatives in advertising and public relations to take a stand on climate change and pressure their peers to ditch fossil fuel clients.

Their mission statement reads: “We are bringing together leading ad and PR agencies, their employees, and clients to set a new industry standard that agencies should not work with fossil fuel companies or front their groups.”

The battle lines were drawn, and banks worldwide started to review their policies, albeit under pressure.

In America, a protest by Climate Action RI demanding that JPMorgan Chase bank divest from fossil fuel investments led to spokesperson, Carolyn Evert, releasing a statement that JPMorgan Chase is encouraging corporate clients to “align with the Paris Agreement and work toward global net-zero emissions by 2050.” JPMorgan Chase also pledged to “invest in technologies that help reduce carbon emissions and will work with clients on ways that they can reduce their own carbon footprints.”

JPMorgan Chase invests roughly $65 billion a year in fossil fuels. The bank announced they were entering the “green bond” space, launching $1 billion in bonds for investment in green projects. Still, the protesters countered that investments in non-renewables dwarf any investment in green energy by the bank.

JPMorgan Chase has been the top contributor to fossil fuel industries among banks, according to the Banking on Climate Change 2020 report, contributing $268 billion to non-renewable firms over the past four years.

In Europe, the European Banking Authority pledged to “look into the evidence around the prudential treatment of ‘green’ exposures of banks”, suggesting that green projects might be given favourable treatment and that it would hold less capital against loans that helped finance climate-friendly projects. However, it gave a 2025 deadline to finalise its recommendations.

This year, Swedbank, Sweden’s biggest mortgage bank, announced it would limit lending based on climate criteria. The bank will no longer provide fresh credit for new oil and gas projects, nor will it provide funds to enable production in the Arctic.

France's largest bank, BNP Paribas, took a slightly different stand on sustainability. It has pledged to stop financing firms producing or buying either beef or soybeans cultivated on land in the Amazon cleared or converted after 2008.

Either way, the link between sustainability and funding or investments has been established.

The pandemic, and the devastating impact of a global lockdown, proved to be an unexpected opportunity to leverage sustainability in the financial sector. Immediate cash injections into the economy, and especially bailouts for businesses, contained conditions modelled on sustainability loans.

Air France obtained €7 billion in loans and loan guarantees from the French government, while Lufthansa negotiated a €9 billion rescue package.

France’s minister for ecological transition, Élisabeth Borne, said the government had attached “ecological commitments” to the loan, which include a 50% reduction in carbon emissions on domestic flights by 2024, as well as investing in more fuel-efficient planes.

In the same month that Prada S.P.A was granted their sustainability loan, Gucci’s CEO, Marco Bizzarri, launched a programme called the CEO Carbon Neutral Challenge, in which he invited other CEOs to officially join the fight against climate change.

In his challenge he made it clear that CEOs must be comprehensive in their offsetting efforts, taking into account all the carbon emitted across their entire supply chains.

His emphasis on “the entire supply chain” was directed at businesses that claim to be climate neutral but only offset their direct emissions, i.e., parts of the supply chain that they own and manage, like their offices and distribution centres. Studies show that the vast majority of carbon generated by companies occurs much earlier in the supply chain, like the extraction of raw materials and manufacturing in factories. “I firmly believe that we must all be accountable for these emissions and redefine corporate carbon neutrality to encompass the entire supply chain,” said Bizzarri.

In January 2020, Larry Fink, CEO of BlackRock (the world’s largest asset management company), used his annual letter to the CEOs of the world’s leading companies to warn that BlackRock would take action against investee companies that do not consider sustainability. “We will be increasingly disposed to vote against management and board directors when companies are not making sufficient progress,” he warned. His underlying message was that “climate risk is investment risk”.

The emerging trend of the “activist CEO” is not just a fad after all.

The message is obviously getting through to the C-Suite. In February this year, The Guardian reported that Institutional Shareholder Services (ISS), which issues advice to some of the world’s biggest fund managers, has updated its proxy voting policy, including changes that allow it to recommend votes against company directors over “material failures…including, demonstrably poor risk oversight of environmental and social issues, including climate change”.

The policy shift will influence voting recommendations across the 44,000 company reports produced by ISS each year.

Fossil fuel companies are feeling the pressure. Cities worldwide – including Delhi, Paris and Stockholm – have already banned petrol and diesel vehicles over a certain age (10 to 15 years old) from their roads.

In the UK, there will be a blanket ban on the sale of any new cars that run exclusively on fossil fuels after 2030, while California has announced it will phase out sales of new, petrol-powered cars by 2035.

Fossil fuel production will continue for many years, but Royal Dutch Shell has already announced it has reached “peak oil”, meaning it will never produce as much oil and gas as it did in 2019, and production will now decrease by 1-2% each year with oil going to materials and chemicals rather than fuel.

Shell is already building a new plant in Pennsylvania, USA, which will produce tonnes of virgin plastic out of natural gas. This is a growing trend in the oil and gas industry, which aims to increase plastic production by at least 33% by 2025. Virgin plastic became cheaper to buy than recycled plastic for the first time in 2019.

Creating plastic from gas uses a process called “ethane cracking”. Ethane gas – previously regarded as an unusable by-product of gas extraction – can now be molecularly “cracked” (carbon and hydrogen atoms are reconfigured) to form ethylene, the main building block of plastic. The new Shell facility will potentially pump out 1.6 million metric tonnes of plastic a year.

It must be noted that refining fossil fuels into plastic ranks among the most energy-intensive and carbon-polluting industrial processes.

If there is increased pressure to avoid or disinvest from fossil fuel companies, then new eco investment opportunities are already emerging.

In October last year, Arkema (Paris: AKE) successfully launched its first-ever Green Bond dedicated to financing its new world-scale plant in Singapore to manufacture a bio-based polyamide. Valued at €300 million, this Green Bond has a maturity of six years. The offering was oversubscribed by more than 10 times.

This market allows farmers, hedge funds, and municipalities to hedge bets on the future price of water and water availability in the American West. The new trading scheme was prompted by the region’s worsening heat, drought, and wildfires in September 2020, fuelled by climate change.

If you’re an investor and want to ensure your investments maintain their sustainable trajectory, then you might like the investment mapping tool Dutch design firm, Clever Franke, created for a Swiss bank, called Globalance World.

This interface maps the macro-level social and environmental effects of investment portfolios through four perspectives: climate, megatrends, footprints, and returns.

Through a series of data visualisations, users can review the impact of entire market indices or individual companies and also receive personalised maps that show the impact of their personal investments.

Dion Chang is the founder of Flux Trends 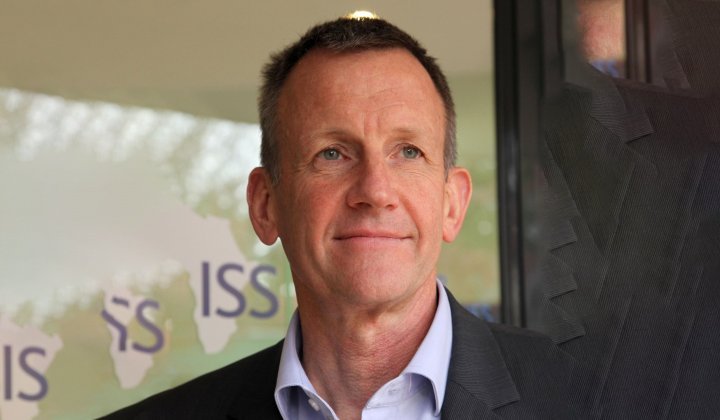 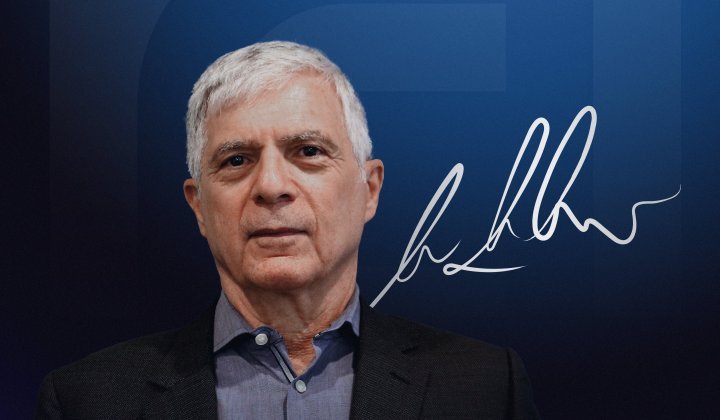 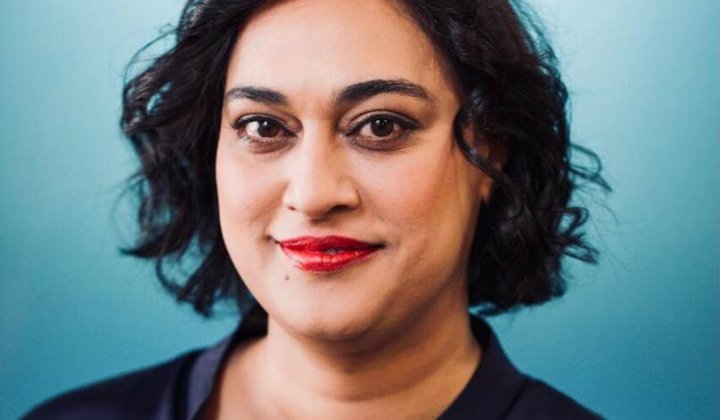 Mental Health is an Increasing Global Epidemic in the Workplace