The Evolution of Social Media Influencers in Africa

Take a trip down memory lane… Remember the days when the last thing you would think of when you woke up was an electronic device? When the only time you would see the latest fashion or trend was if you bought a magazine?

Gone are those days, because now, everything is at the tip of our fingers. You need to know what’s hot and what’s not? Click on Instagram. That is largely because the number of Internet users in Africa has increased drastically. In 2018 Internet users grew by 20% compared to 2017, according to global digital agency, We Are Social.

This means Africa has seen the fastest growth rates in Internet penetration in the world.

As the number of Internet users increases in Africa, there are people who have ways to lure the audience in even more. We call them ‘influencers’.

PR consultant at Plato Communications, Nombulelo Fox says the use of influencers in campaigns is a favourite for many brands because influencers generate engagement with the audience that brands want to target.

Creative partner Tshepo Mosoeu from design and advertising agency, PieSlovakiaDance, says influencer marketing is often used as a quick fix to budgetary constraints. It’s seen as a way to give the brand more credibility within their desired target audience, by using the reach and credibility provided by a handful of individuals who are popular on social media, at a fraction of the price of traditional media streams.

Mosoeu adds that sensible marketers, however, use this as a tool for campaign amplification or audience engagement rather than as a mass marketing tool.

Influencers are getting the information out to the brands’ audience. However, how do brands know if this is effective?

Creative strategist Siwe Thusi says the graphic above is based on a US study but that South Africa is quite similar. “It involves engagement, traffic or clicks, reach, conversions, actual sales and sentiment,” says Thusi.

Thusi adds that between 2017 and 2018, engagement has increased, whilst reach has dropped. This means “influence” audiences have become tighter, closer and more cultural.

This is business for agencies and brands and therefore it is important to keep a close eye on the progress of an influencer.

“Some agencies check an individual’s engagement metrics, such as comments or shares before deciding to work with that individual. Other people look at the nature of interactions and news around a person and try leverage that as the primary metric, says Mosoeu.

In most cases there is some sort of report that gets compiled by the influencer (usually from Twitter/Instagram reporting tools). That report is sent back to the social media agency, which subsequently gets passed on to the brand in question.

...how do brands know if this is effective?

But if influencers have become the primary source of product reviews, how do advertising agencies go about selecting who is good enough to represent their brand?

Thusi says influencers must have that “Hlaudi thing”. In South Africa, it’s that quality of having some mystery, mixed with visibility, and a sprinkle of wit and authority on a subject or even your product. But above all, authenticity, a mind for marketing and a great brand persona-fit reign.

In agreement, Fox lists how agencies typically choose their influencers:

•   The influencer must have some sort of alignment to the brand and its target market.

•   They need to have a relatively good reach – this is debatable because there are great micro and macro influencers to consider.

•   Their ability to engage with their audiences on social media.

•   They must ensure that they’re not working with competitor brands.

“Does it make sense – reach, reputation and money?” asks Mosoeu. “Because we like to work with people who have a balance between numbers and actual skills.” He says it narrows their search down to people whom they can collaborate with, in a way that adds value to the project.

Influencer Thabiso Modiselle says this has pushed out the bygone celebrity endorsement form of influencer marketing, where brands used to assign a celebrity to take their campaign to the next level, simply because of their large audience.

African businesses are now aware of ways to use influencers to their advantage.

Fox says the use of influencers has grown the presence of brands globally because social media has made it easy for other global citizens to recognise the work that is being done locally with local influencers.

She adds that there are several influencers who have used these opportunities to launch their own businesses or grow their own personal brands in their respective industries. “Brands are now depending on influencers to drive the messaging of their brands to the consumer and ultimately to the world,” says Fox.

Thusi says it is obvious that small businesses are businesses, but influencers are walking businesses. Therefore, the synergies of “two” businesses coming together will always lead to exponential growth, especially if both play their part.

The survey above by Ipsos shows Africans’ use of social media, which is the top feature used on a mobile phone. Four out of five Affluent Africans consider social media influential.

Nine out of ten Affluent Africans use social media several times a day.

...influencers must have that “Hlaudi thing”.

Does my business need an influencer?

·      It depends on what the nature of your business is and what your objectives are for the business.

·      Brand influencers are very active within the consumer/FMCG industries, but there has been a rapid climb of other brands such as Assupol and Investec which have used influencers to promote their services.

·      If you feel your marketing strategy, through the use of traditional advertising, activations, etc. doesn't seem to get you enough publicity or return on investment, it would be wise to revisit your strategy and choose an influencer(s) who fit your business target audience.

·      It’s important for the founder to be the influencer. As soon as you put your business interest and opinion on someone else’s public persona, your brand is held hostage to their behaviour.

·      There are obvious dangers around directly linking yourself to your business, but as an entrepreneur in those first 10 years of the business, there’s no way you can really detach your brand from the company.

The lives of many influencers may look fancy but it’s becoming a full-time job for me because I’m always thinking about what my next post is about and how to pull my audience in.

It's not waiting for the client to contact me for a campaign, but I have to make sure I keep my feed alive, and to keep the engagement at peak. I believe this is the part that determines real and fake influencers, in terms of how one continues to build the audience even after a campaign has concluded.

My name is Thabiso – I have been a blogger for over five years and it has turned into a full-time job.

My morning would start at 07:00AM – alarm rings, should I snooze it? I decide to keep my eyes open, pick up my phone – the usual thing, a couple of notifications, mostly Instagram likes and tweets but my centre of attention is always the emails.

8:00AM I focus on things that I want to achieve for the day. I’m up going through the day’s TO-DO list and on top of my list is a product shoot.

Before my day goes further, I get on my laptop to publish a few articles that I last drafted, share on social media and start browsing for a few ideas on the Internet for the product that I’m about to shoot.

I’m on a call with the delivery guy, directing him to the right address. A few minutes later I receive the package and it’s from PUMA South Africa (contains the PUMA RS-X Trophies sneakers).

Unboxing the package there’s a note in there with my name on it. Still excited about the package, I just snap a few shots of the kicks then post them across my social platforms as my ‘thank you’ post.

I receive about three to four deliveries a week from different brands, promotional stuff, latest/upcoming products and campaign packages.

11:00AM meeting with one of my mates who is also into the same field as me, and the purpose of this meeting is to brainstorm some of the ideas I have compiled for the shoot.

So even though at times other campaigns will be a products exchange trade, as an influencer you come across situations that require you to spend your own money – and those are some of the key things to consider before accepting a campaign.

1:00PM-3:00PM It’s work time, I’m focused on bringing together my ideas for the product shoot.

On the other hand, I’m also excited to share this whole creative process with my followers – so I ask my mate to shoot the ‘behind-the-scenes’ of setting up, shooting process and make few clips for my IGTV Channel.

8:00PM This is when most events start and that is where I am headed to socialise because attending events, and seeing how brands are becoming creative with the influencer marketing is a way of learning about the industry of influencers and becoming a better one.

11:00PM Back home, I first hit the shower to feel a bit fresh cause I know I’ll be up for the next three hours.

3:00AM Bedtime – I just take note of a few things that I have to do the next day then I’m off.

My day-to-day life is mostly based on creating content, this might be a write-up/blog post or my Instagram feed. Besides that, I also make time to check up on what other content creators and influencers are up to. And for me, it's not about waiting for a brand to hit you up, but I check up on what brands are gearing up for and that ends up with a proposal ready to hit their mailbox. 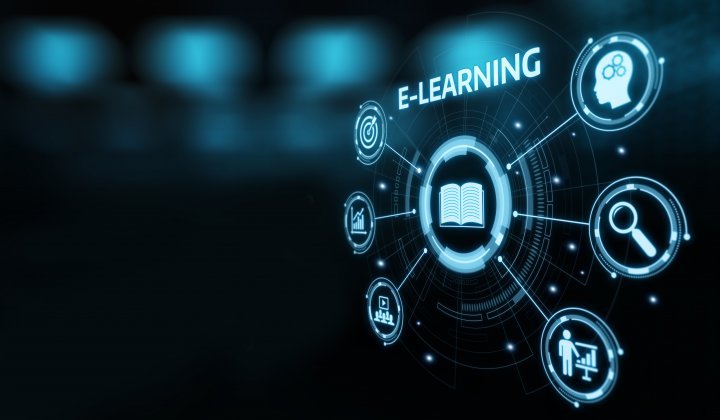