Inspiration and innovation can come in many ways. Sometimes it happens accidentally when you’re tinkering in the tool shed. Sometimes it requires endless hours of experimentation until the Eureka moment strikes. While South Africa’s most notable inventions have stemmed from all of these scenarios, they all have one thing in common: they fulfil a global need.

Q20 is a household name in South Africa. Why Q20? That’s because it gives 20 answers to 20 questions. In 1950, Mr. Robertson – nobody knows his first name – was chatting to his neighbour about an amazing new liquid he had invented. It lubricated, kept rust at bay, silenced squeaky door hinges, and loosened seized rusted nuts and bolts, to list just a few of its uses. Since its initial invention, this South African favourite continues to set the standard for similar products worldwide. The product shot to fame locally because, at the time of its development, the first VW Beetles were being produced in Uitenhage in the Eastern Cape. The car, a firm favourite amongst students and young families, had one small design flaw: the distributor cap would get wet when it rained. However, due to its water repelling properties, Q20 became a staple accessory for Beetle owners all over the country. Q20 is now sold in the United States, Europe, the Middle East, the Indian sub-continent, the Far East and Australasia.

The man behind Pratley Putty, South African engineer, George “Monty” Pratley, was a prolific inventor. In 1948, he created Pratley Engineering and focused on the mining industry. In 1950, Pratley invented and patented the first electrical delay explosives igniter. He invented Pratley Putty 10 years later with the help of chemist, Frank Robinson. Pratley Putty is an epoxy putty adhesive used to fill, seal, build up, and bond any hard or rigid surface. Pratley and Robinson came up with the formulation while working on a design for an electrical junction box. They realised they needed something to anchor the electrical terminals to the box, and Pratley Putty was born. Much stronger than its initial need, the product travelled to the moon on the Apollo XI mission in 1969 and was even used to stop a crack spreading on the Golden Gate Bridge in San Francisco.

A design often considered ahead of its time, dolosse (plural of dolos) are the huge concrete shapes that dissipate the force of waves found at the entrances to ports and harbours. They spread the energy of these waves to stop their erosive effect. The invention was initially attributed to the Port Elizabeth chief engineer, Eric Merrifield. While Merrifield was in charge of and signed off on the initial project, the design was, in fact, the brainchild of a draughtsman named Aubrey Kruger. One day, Merrifield chatted to Kruger about the possibility of designing a concrete structure that could protect the East London breakwater from the battering of the Indian Ocean waves. Kruger apparently raced home for lunch on his red Vespa, grabbed his wife’s broomstick and cut three pieces off it. He then nailed the pieces together in an ‘H’ shape with one twisted leg. His inspiration came from the dubbeltjie thorn. It was only shortly before he died that Kruger was eventually recognised for his role in designing one of South Africa’s most recognised inventions.

The retinal cryoprobe was invented and commercialised in 1965 by biomedical engineer and ophthalmologist, Dr. Selig Percy Amoils at the Baragwanath Hospital in Soweto. Cryosurgery uses extreme cold to remove or destroy damaged or diseased tissue in a process called cryoablation. Amoils refined cryoextraction in cataract surgery by inventing the cryoprobe still widely used in ophthalmology and gynaecology practice today. Amoils’ probe used carbon dioxide or nitrous oxide to cool the probe, and when it was time, it was reheated electrically. This invention changed how doctors approached cataracts and retinal surgery. As a result, Amoils was awarded the Queen’s award for technological innovation in 1975, which afforded him global recognition for this development.

Computicket, the first online ticketing system globally, was the brainchild of Benoni theatre lover, Percy Tucker. When Tucker wanted to go to a show, he had to catch the train from Benoni to Johannesburg and then queue for hours at the Johannesburg Theatre. His first solution to this dilemma was to launch Show Service in 1954, a manual ticket office on Eloff Street. However, Tucker was still frustrated at the queues over the 17 years it was in operation. He needed something more accessible, especially for people who did not live in town. His idea was “to take the box office to the people”. As he had no computer skills, he sought out international computer experts who could help him build a system. It took him six months to develop Computicket, which launched in 1971. Today, Computicket is still a leader in the global ticketing industry and caters for all ticket sales, even bus tickets, vouchers and classified adverts.

Tired of the tedious job of cleaning his swimming pool, hydraulics engineer, Ferdinand Chauvier, invented a machine that could do the job for him. Although it was the first commercially successful pool cleaner on the market, the Kreepy Krauly was not the first pool cleaner invented. In the 1960s, Johannesburg inventor, John Raugenheimer, produced the Pool Bug, which entered the market in 1972. It was an unreliable machine, but it did inspire future inventions. Helga Schmeider, also a South African, then created the Pool Ranger in 1975, but it was Chauvier’s design, using the water pressure from the pool pump to create a suction for the pool cleaner, that won the day. His pressure-powered machine was able to clean pools automatically and efficiently. From its humble beginnings in Chauvier’s home workshop in Springs, east of Johannesburg, by the time Chauvier died in 1985, the Kreepy Krauly was cleaning a million pools worldwide.

During the 1990s, one of the biggest advances in ball sports came out – speed guns. Speed guns measure the speed and angle of the flight of objects like cricket and tennis balls. They were invented by Somerset West engineer, Henri Johnson, an ex-navy engineer. During his time in the navy, Johnson had developed radar technology that could read the speed of projectiles in flight. Johnson saw an opportunity to use this technology in sports. Together with the Electronic Development House (EDH) in Stellenbosch, he set about developing a speed gun that could be used to measure the speed and trajectory of a cricket ball. This invention was then improved, and the EDH Speedball, which used the Doppler radar system (a military technology) to measure the speed of a cricket ball in flight, was developed. Johnson further improved on this technology to develop the world’s first 3D tennis serve speed measuring device and the Flightscope, a 3D golf ball tracker, both of which are used around the globe. In 2014, the Flightscope won a Stevie Award for Best Consumer Product.

In 1990, Louis Liebenberg participated in a hunt with !Nate, a Kalahari Khoisan hunter. The Khoisan hunter-gatherers could no longer sustain their lifestyles as their hunting grounds were being fenced off, and the free movement of animals was inhibited, so !Nate asked Liebenberg to help them find jobs. In 1996, Liebenberg, realising these trackers could have a massive impact on conservation, teamed up with a computer science student. With the help of tracker Karel Benadie, they developed the CyberTracker user interface. Combining ancient tracking skills and modern-day science, conservationists can now track and protect vulnerable species from diseases and illegal hunting and poaching, gather rich field data around the migration, eating, and breeding habits of endangered species, and enable better wildlife management for Africa’s national parks. Its uses are extended to farming, community forestry management, and global environmental monitoring.

Perhaps one of the simplest but highest-impact innovations to come out of South Africa is the Wonderbag, which allows people to slow-cook a meal without power. Shortly before the 2010 World Cup, South Africa experienced its first serious bout of loadshedding. Frustrated with not having certainty around meal preparation, inventor, Sara Collins, came up with the simple yet effective idea of creating an insulated bag for pots. Her idea was sparked by seeing the insulated Wonderbox that street vendors used. The design is made of polyester fabric and insulated with recycled polystyrene granules. Once the contents of a pot have come to a boil, the bag retains the heat and ensures the food continues to cook for up to eight hours. By 2018, over 1.5 million were in use across the globe and Time Magazine ranked it as one of its Top 50 Genius Inventions.

Venda-born MIT professor, Mulalo Doyoyo, had returned to South Africa on holiday in Midrand, Gauteng. The inventor and academic was trying to find a solution that could bind coal dust – a ‘waste’ product and environmental polluter – for reuse by Sasol. But it was not working. In pure frustration, Doyoyo kicked the bucket that contained the chemical solution he was working with. The liquid flew in all directions, with some of it spilling onto a log lying on the floor. The chemical in the bucket was not suitable for use in furnaces, but what Doyoyo discovered was that the liquid, bound to the log, did not flake or wash away. He took the log to paint specialists and what Doyoyo had inadvertently discovered was an eco-friendly, cost-effective, odourless paint. The paint is now being manufactured and sold under the name of Amoriguard A-Gain – a decorative paint based on processed wastes.

University of KwaZulu-Natal PhD student Sandile Ngcobo’s breakthrough experimental work resulted in the development of the world’s first digital laser. Brought in to join a team of scientists at the Council for Scientific and Industrial Research’s National Laser Centre, Ngcobo’s work resulted in the world’s first digital laser. It took Ngcobo six months to perfect his design, which negated the need for expensive optics or other special mediating devices that shape and control the light being emitted by a laser. His invention allows lasers to change the shape of their light, which is a leap in laser technology and could be the forerunner of other cutting-edge laser technology for use in the medical field, communications, manufacturing, product development and household devices like remote controls and CD players. 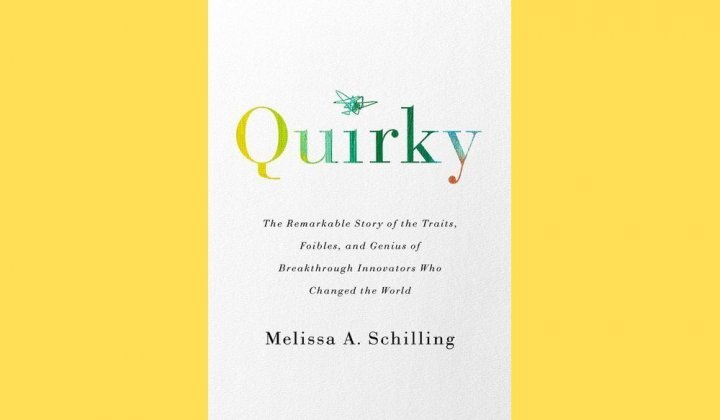 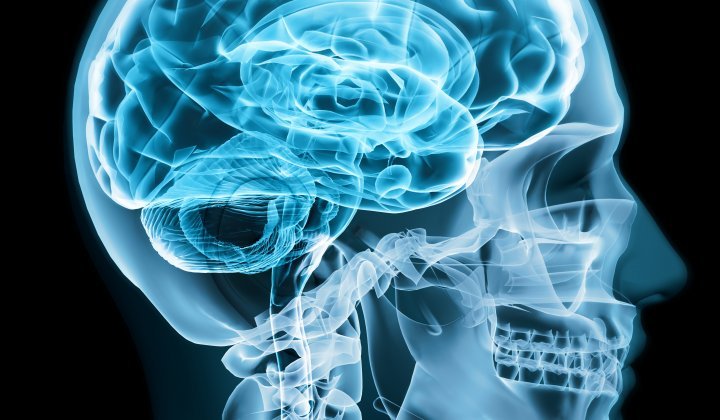 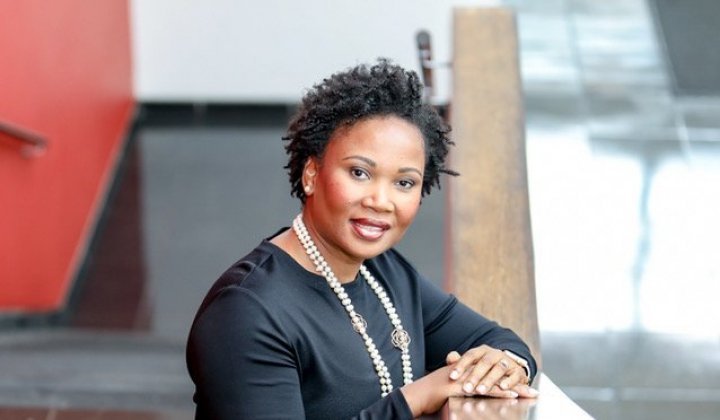