For at least a decade, ‘Africa Rising’ has been a hot topic of discussion. But in a world beset by a global pandemic, the challenges faced by fragile African economies have been exacerbated. The question now: what is Africa’s long-term trajectory?

Although the African continent has seen improvements across several metrics, as a collective, it is still lagging its global peers when it comes to the rate of improvement, Dr. Jakkie Cilliers, chairman and head of African Futures & Innovation at the Institute for Security Studies (ISS), said during a recent webinar dialogue.

‘Using long-term scenario forecasts to navigate Africa’s post-crisis future’ was the theme of a two-day event hosted by the Gordon Institute of Business Science (GIBS) in partnership with the ISS. The event was underpinned by a discussion paper, Africa: From Potential to Prosperity, written by Cilliers and the ISS.

For the ISS, the paper presents a summary of its multi-year project on the long-term future of Africa. It provides additional analysis to the data presented in the book Africa First: Igniting a Growth Revolution and its update The Future of Africa: Challenges and Opportunities. The paper gives an overview of conclusions found when comparing the impact of 11 sectoral scenario results for 54 African countries in a combined scenario called Agenda 2063.

Agenda 2063 offers a 50-year blueprint for Africa’s self-empowered transformation to an integrated, prosperous and peaceful continent. As the first 10-year implementation period draws to a close, the paper looks to forecast how Africa’s path could unfold over the next 20 years. The paper does not predict an outcome but rather offers different scenarios that Africa could likely take.

Using the International Futures forecasting platform from the University of Denver, researchers investigated 11 key sectors impacting Africa’s ability to deliver on its Agenda 2063 vision. These are agriculture; demographics; education; external aid and investment; conflict and stability; governance; health; infrastructure; leapfrogging through technology (ICT and renewable energy); trade and the implementation of the African Continental Free Trade Area; and industrialisation (together with interventions on better welfare).

Talking about the issues

The webinar brought together several African experts to discuss the continent’s potential to transform itself by 2065. GIBS director of the Centre for Leadership and Dialogue (CL&D), Marius Oosthuizen, facilitated the dialogue, which was broken into two parts. Day one explored the current challenges facing the continent, while day two saw panellists grapple with how governments and policymakers could implement a long-term roadmap for growth and prosperity.

The purpose of the dialogue was to go beyond merely talking about Africa’s challenges. As such, an active call to action was evident throughout the two days.

GIBS’ founding dean and strategy expert, Professor Nick Binedell, set the tone by asking, “What are we going to do differently to reach these development objectives?”. He noted that Africa had to accelerate a more pragmatic development trajectory. Partnerships and participation, especially by women, would be crucial to Africa’s future.

To accelerate progress, Cilliers said Africa needed to advance evidence-based policymaking across the continent, saying, “Evidence policymaking avoids what otherwise becomes a wish list for Africa. Rather, it gets down to what is possible given the data.”

With this idea in mind, panellists raised the most critical issues they felt Africa was wrestling with. Although many issues were raised, a few key themes emerged.

Development driven by African civil society was noted as vital. African Union Ambassador Salah Hammad stressed that ordinary citizens should be included and involved in the changes on the continent. “[It’s not about] the elite. We need to think about the majority of African citizens who have no power or internet. Get them involved in policy – policies that are made to be implemented,” he said.

Good governance was a golden theme throughout the conference. It was stressed that more effort was needed to unpack instruments to ensure that policy worked to promote good governance, as both peace and stability were dependent on it. Part of good governance was the issue of effective policy. OECD Head of the Africa Unit, Arthur Minsat, said the continent needed to strengthen economic development. By way of illustration, he noted Africa’s tax collection capabilities compared to the rest of the world. “Africa’s tax-to-GDP is 16% compared to the OEDC, which is 34%. This is a very helpful comparison.”

It was noted that the reduction of corruption would see an improvement in social outcomes for all citizens. As such, corruption and illicit outflows of capital were also raised by many other speakers. Resident representative of the UNDP, Dr. Ayodele Odusola, stressed the need to curb illicit outflows and build solid tax and fiscal policy management protocols. “Africa is like someone who is sitting on the bullion chair but is poor and penniless,” he said.

Nearly two-thirds of Africa’s population is younger than 35. Panellists called for this majority to be involved in policymaking since engaging meaningfully with them was critical to the continent's future. Policymakers need to consider the youth as an asset, which meant viewing their wellbeing as critical to peace and security on the continent.

Given Africa’s fast-growing population, coupled with the need to create jobs, there was a call to ensure a more productive labour market. It was noted that since workers would be the people sustaining the long-term agenda of the continent, educating this workforce should be a critical focus area if Africa intended to ensure high-quality labour. “Going back to basics, we need to think critically on factors of production, labour, capital and productivity,” UNECA’s Stephen Karingi said.

It was agreed that investment into the continent was critical and that the private sector should be developed to help address issues of unemployment and inequality. There was also a call to speed up continental integration. African-led development and integration will help continental economies grow and finance themselves. Odusola noted that Africa needs to be self-sustaining to be fully autonomous.

Not only is agriculture critical for food security, but it is an important sector when it comes to the upliftment of people and job creation. ISS researcher, Stella Kwasi, noted that even if agriculture does not have the intended labour creation, a green revolution will create jobs downstream in areas such as agro-processing. While it was acknowledged that agriculture was undervalued and “unsexy”, paying attention to farming was essential if the continent hoped to ensure food security for its fast-growing population. Small-scale farmers and women were deserving of specific attention and should be regarded as a fundamental building block.

A general view supported another repetitive theme that Africa could make great strides through leapfrogging. Kwasi noted that how Africa dealt with leapfrogging had the potential to draw Africans into the formal sector and formal employment, which was important for economic growth, tax revenues and the rollout of new innovative technological solutions.

Odusola said Africa was not making use of its natural resources. For example, while Africa accounts for 48% of the world’s irradiance, it has less than 1% of the world’s solar installations, he said, adding that sun, wind and hydrogen should all be maximised in Africa. Again, it was agreed that public-private partnerships were critical for energy security across all areas of the continent. While it was agreed that African governments needed to address critical energy and power shortages, it was also noted that improving energy efficiency should fall to the private sector.

At the end of the event, what was universally agreed was that tangible action was needed. United Nations resident representative, Dr. Mady Biaye, summed it up well when he said, “The process should not be static, but dynamic and inclusive. We have nice policies, but at the end of the day, nothing is happening.” So, the call was for greater cohesion between government and business and for Africa to build its capacity to create an accommodating environment for economic growth, peace and stability.

The discussion over the two-day event was robust, and amidst the discussions, a few thought-provoking takeaways emerged.

Democracies under threat: It was noted that Africa’s democracies are backsliding. Fragile democracies will see any development goals pushed onto the backburner.

Cities ahead of countries: When it comes to infrastructure development, cities should take precedence over countries, as this is where the bulk of Africa’s populations will live, and cities are key to economic growth and stability.

Population growth – a double-edged sword: A controversial topic was that of population growth. While many see the youth population as an asset, others saw the continent’s ballooning population rates as a threat to security. Debate raged on whether fertility rates should be reduced or whether a large population should be embraced.

Gender equality: Experts agreed that it was critical to open opportunities for women and girls to become active participants in economies. Gender equality linked strongly to the population debate.

Discourse vs reality: There must be an understanding that what happens on the ground is often a vastly different reality to what is being tabled in the dialogues. Experts and academics need a better understanding of Africa’s grassroots issues. 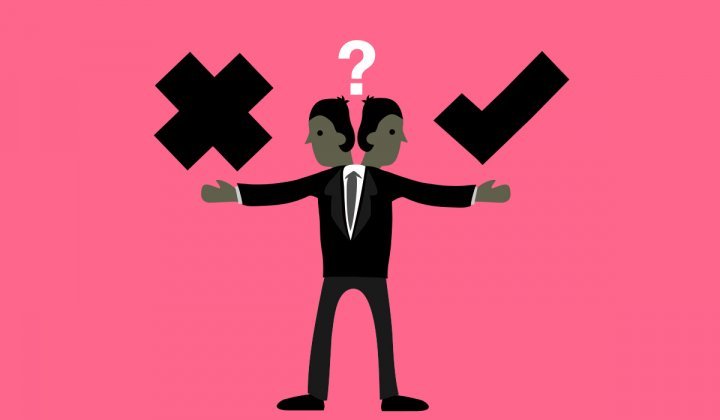 The Morality Conundrum for Business 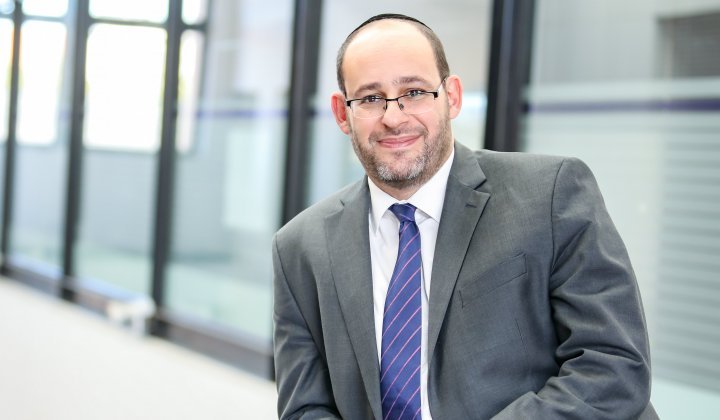 The State of Ethics 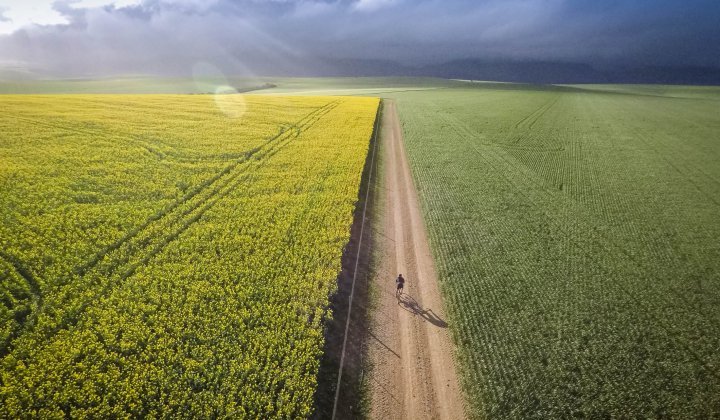