Our regular look at GIBS' events, guests and achievements.

McKinsey global managing partner, Kevin Sneader used a GIBS Forum to issue an apology to South Africa for his firm’s involvement in the capture of the country’s state-owned enterprises. The newly appointed head of the consulting firm conceded McKinsey had made mistakes in its dealings with Eskom.

Sneader admitted to a lack of oversight and an inadequate due diligence process, and acknowledged that the firm had lost the confidence and trust of many South Africans. In his opening remarks, Sneader said he was “very sorry personally and on behalf of McKinsey & Company, for the fact that we have had anything to do with any of the issues surrounding state capture.”

Furthermore, he announced the firm would repay R902 million in fees to Eskom it had earned through the Turnaround Programme contract at the parastatal during 2016. He also detailed comprehensive changes to McKinsey’s processes in order to strengthen compliance activities when dealing with public sector clients across its global businesses.

Tell the truth and tell it quickly

While Chief Executive of Business Leadership South Africa, Bonang Mohale said the apology was “better late than never”, he castigated Sneader and McKinsey for its unethical behaviour: “I’m hoping you’ll begin to understand not only the frustration but the bone-deep anger at state capture because it has raped the resources of this country at the time that we need it the most.”

“The legacy is going to be with us for another 10 years. The ramifications are deep and wide; it’s not just about being sorry.”

Mohale urged Sneader to “Tell the truth, the whole truth, and tell it quickly. It took McKinsey inordinately long to get to where you are, but we are happy that eventually, you did.”

“In Africa, the statistics look amazing: 70% of people have mobile phones. But most of those phones are not smartphones, so they don’t have access and the digital divide is actually making people get further and further apart. We’re seeing that in Africa and in countries in the rest of the world, so there’s a really big challenge around inequality and justice.”

The words of Sneha Shah, CEO, Thomson Reuters South Africa, at a GIBS Forum that examined whether or not there was a downside to the digital world. Could it be, the speakers were asked, that digital technology brought with it its own set of ethical challenges?

Google’s Country Manager in South Africa, Luke McKend, recounted his personal experience: “I was in California recently, at the Google mothership, and I was struck by the huge diversity of the ethical dilemmas we are facing. When I joined Google about 11 years ago, the discussion around ‘tech for good’ was dominant. Everybody at the time believed that tech was necessarily a good thing regardless of where it was or what it was doing.

“The fundamental change in California at the moment is that that has completely evaporated. The sense within the big tech companies, even within Google, that tech is necessarily a good thing is no longer there… There is a sense of an ‘us-and-them’ that’s being developed, a lack of trust manifesting in real things, like the shifting of prices within San Francisco, where the tech worker is displacing people who just don’t have the wherewithal to live where they have lived for a very long time.

“On the other hand, back in Africa, I feel we still have a ‘tech-for-good’, it’s still there, that tech can be for good, but our problem here is not so much that we have too much tech, but it’s too little tech and badly distributed. We have a small number of people who are able to use technology in a way that’s very, very similar to the rest of the world. For instance, if you look at people in South Africa who are about to buy a car, they run as many Google searches as people do in Europe or the US, so they behave very, very similarly. On the other hand, we have 20 or 30 million people who have no access to the Internet at all. This is the real issue.

Kuseni Dlamini, Chairman of Massmart and Aspen Pharmacare Holdings, took a different approach: “What we see with digitalisation is that it’s really changing the balance of power at a global level from a strategic and geopolitical perspective. We now see that countries such as Russia, when it comes to electoral processes in other countries such as the USA and Europe are able to actually leverage technology to be able to drive their own nationalist agenda, or their own disruptive political agenda and that has wider implications.

“A challenge that companies really have to grapple with is really building the capabilities, the skills and the know-how to be able to learn to negotiate with hackers, the cyber-attackers. We saw this recently here in South Africa when Liberty was attacked. There were reports that the attackers were demanding a ransom. As a company, do you pay the ransom or not? What are the ethical implications of that? If you decide to do so, are you not creating a market for attackers to try and cash in?”

The Gordon Institute of Business Science (GIBS) has been nominated as a finalist in the annual Standard Bank Top Women Awards 2018. The business school has been selected in the Top Gender Empowered Companies in the Public Services Sector category.

The award is reserved for companies operating in the public sector such as universities, government departments and municipalities that clearly and effectively demonstrate the highest level of gender empowerment, from staff to suppliers, through their programmes and policies. The nomination amplifies the business school's continued efforts in advancing gender empowerment.

In 2017, the UK Financial Times MBA Ranking also recognised GIBS in its continued efforts to bridge the gender gap for having 38% female faculty, 42% female students on the MBA programme and 50% female board members placing the school 11th, 7th and 5th in the world respectively when compared to other business schools.

Dean of GIBS, Professor Nicola Kleyn said, “To be selected as a finalist is an incredible honour for GIBS. This nomination has been a gratifying recognition of the work we do in our continued efforts to ensure significant progress in the gender empowerment.”

The editors of just-released The Disruptors 2, GIBS faculty member, Kerrin Myres and well-known author, Gus Silber, believe the answer is a very firm “yes”. They point to a number of habits practiced by social enterprise which they think are useful for all businesses.

Among them is the ability to dream big. Social entrepreneurs, say Myres and Silber, “dream that they will change the world, and oftentimes they do”.

Another is to access multiple funding sources and revenue streams. The editors believe that failure rates among for-profit companies are high in the first few years of existence because insufficient attention is paid to “the establishment of multiple revenue streams and to varied sources of funding”. Social enterprises, on the other hand, “perhaps because they are so resource-poor, seem more likely to consider establishing multiple revenue streams as a matter of course”.

The Disruptors 2 is published by GIBS.

MBA students following the elective on Geopolitics and Grand Strategy with GIBS founder, Professor Nick Binedell, were treated to a surprise guest speaker when former president Kgalema Motlanthe arrived to talk to them.

Two case studies written by GIBS faculty and published in the Emerging Markets Case Studies journal are amongst the journal’s top-five most-downloaded cases over the past 12 months.

Building the BrightRock brand through change case written by Michael Goldman, Mignon Reyneke and Tendai Mhizha had been downloaded 1 356 times. The Leading change towards sustainable green coal mining case authored by Ken Mathu and Caren Scheepers had been downloaded 739 times.

It was the gold medal for Acumen at the 2018 “Tabbie” Awards, held each year in the United States. The Tabbies – more properly known as the awards of the Trade Association Business Publications International – are the Oscars of the business-to-business publishing industry. Said the judges of Acumen’s Issue 19, (Gold Winner, Best Single Issue: Top 25 Issues): “The issue’s intriguing cover carries through into the entire magazine. The departments are well laid out and easy to follow.”

Commenting on the win, Acumen editor Chris Gibbons said, “I’m thrilled and delighted at the award; it’s a tribute to the strength of our writers, photographers and the design team. But – just as important – it’s also a tribute to GIBS, which has backed the magazine from inception, demanding the highest quality content but providing the means to make that happen. In a very fragile media environment, it’s extremely gratifying to see this formula working.” 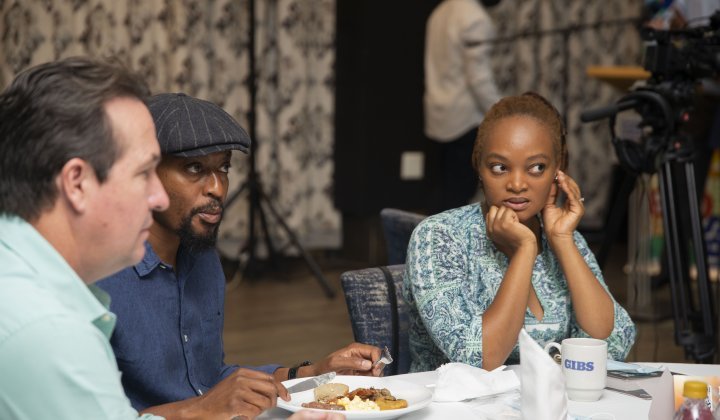 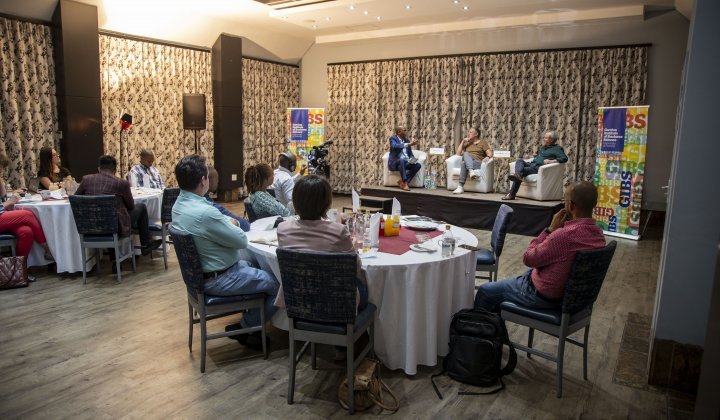 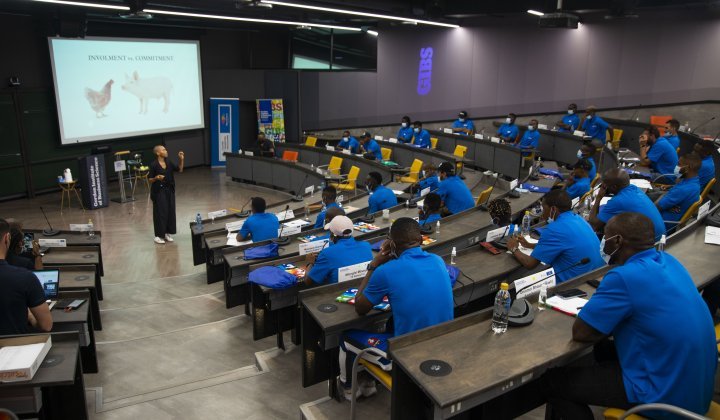