About 17 years ago, while he was sitting in an MBA lecture at Stanford Business School, Zach George had an epiphany. It came when one of his professors said something that shook the core and the vision for his future career. He said that the most dangerous risk of all is the risk of spending your life not doing what you want, on the bet that you can buy yourself the freedom to do it later. It placed a thought into George’s head, at the tender age of 22: was he going to do what his life’s true calling was, or was he going to find something safe that would pay the bills and to buy time and resources to follow his passion in the future?

“I think a lot of people that aren’t entrepreneurs or founders end up stuck in this trap of setting aside what they really want to do with their lives – what problems they want to solve – until much later,” George says. “But the thing I love about founders and entrepreneurs in emerging markets, and across the world, is this undying commitment and passion to what they do, what they believe in, and surrounding themselves with the right mix of people to help them achieve those goals. That’s one of the reasons I moved to Africa in 2010.”

Back then, the venture capital industry was barely north of US$20 million on the whole continent. Fast forward a few years, and things have changed drastically. According to the latest available figures from the African Private Equity and Venture Capital Association, there were a total of 572 reported private equity and venture capital fund investments in technology in Africa between 2015 and 2020. The total value of these investments amounted to US$6.5 billion, with the top investment destinations being South Africa (20%), Egypt (15%), Nigeria (14%), and Kenya (13%).

“There’s a big gap that venture capital fills from a funding and scaling perspective in Africa,” George says. “That gap cuts across seed funding where founders, friends, family and angel investors provide start-up capital, Series A (typically the first institutional round of financing), as well as Series B and C (growth capital). It’s important for us as investors or as entrepreneurs to understand how critical this aspect of funding is for economies across the entire continent.”

In his work at Startupbootcamp Africa, George has learned what separates a good venture from a great one. A key consideration is the business model. In mature ecosystems like Silicon Valley, B2C models tend to thrive because of the higher penetration rates of e-commerce, mobile, and internet services. However, in Africa, things are different.

“It’s hard to acquire customers if your strategy is direct-to-consumer marketing, so what tends to work a lot better is B2B or B2B2C models, where distribution happens through insurers, retailers, banks, and telcos,” he says. “Tied to that is the aspect of your cost of customer acquisition. In frontier markets outside of the US, Europe, and Asia, the cost of acquiring customers tends to be a lot higher. And that needs to be married with the lifetime value of a customer.”

Indeed, as a venture capitalist, George is a strong believer in the importance of the ratio that looks at how the lifetime value of a customer compares to the cost of acquiring that customer. “Once you’re an entrepreneur, you always have to keep in mind the cost of acquiring customers,” he advises. “But, related to that, how do you activate these customers? How do you retain them? How do you get referrals out of them? And, eventually, how do you monetise them?”

Speaking of metrics, one of the questions he’s often asked is how to value a tech company. While most late-stage investors are obsessed with breakeven and EBITDA (earnings before interest, tax, depreciation, and amortisation) margins, George points out that these aren’t metrics that good venture capitalists should care about. Instead, what’s more important is how these margins grow over time. Also, because venture capital is all about high top-line growth of customers, measuring growth and churn (how many customers you lose every month) is an important term in the industry.

“A lot of founders come to us and have questions around the valuation,” he says. “And that’s okay. Personally, before you do your Series A round, I’m not a big proponent of spending a lot of time on valuation, simply because the only thing certain about your valuation is that it’s wrong. Very few firms that we’ve invested in come to even within 10% accuracy of the five-year financial forecast. And when I say accuracy, I mean they usually come out far below 10%. If you’re 10% or higher, that’s great. But the accuracy of financial models and projections isn’t something that founders can do much with.”

Another piece of advice George has to offer start-up founders and tech entrepreneurs in Africa is not to focus obsessively on price and quality. In the 1980s and 1990s, the differentiating factors of any enterprise, be it tech or non-tech, were either price or quality. But in the 21st century, with the gig economy, the sharing economy, and the explosion of connectivity and data, that’s changed.

“Two important factors you must take into account when you launch any enterprise is how you save people time (which is arguably the most important ‘commodity’ in the world) and/or how you make their life more convenient,” George says. “And if you look at the common thread of some of the most significant ventures in our world today, all the way from Apple and Amazon to Spotify and Uber, they all help people save time and make their lives more convenient.”

Regardless of what tech venture you might be planning to launch, the late Nelson Mandela said it best: “It always seems impossible until it’s done”. That’s why George’s best piece of advice to start-up entrepreneurs is to just get started.

“I love founders,” he says. “The new fund I’m running is very founder-friendly, and I’m so optimistic about the new wave of venture capital into early-stage enterprises in Africa, making a significant impact for growth, job creation, and economic sustainability on the continent.”

Although venture capital funds use different criteria when deciding whether or not to invest in a start-up, George highlights seven key factors to keep in mind. 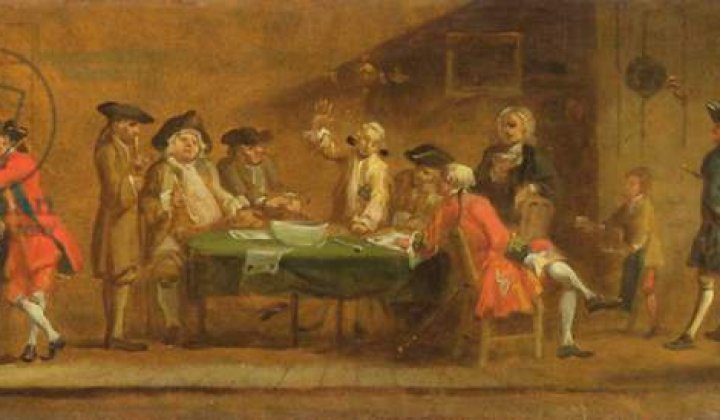