No-one disputes that South African business is navigating turbulent waters – politically, socially and economically. The quality of leadership displayed by our organisations in the short and medium term will be critical in determining whether we slowly drift towards the status of a failed state or whether we are able to envision, articulate and enact a successful future. 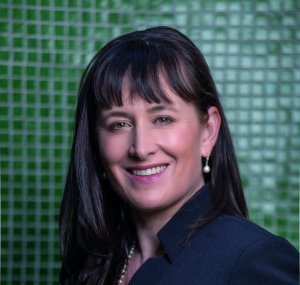 Since taking over the reins at GIBS in April this year, I’ve been privileged to engage with a number of senior leaders in both public and private contexts. There is no shortage of studies on the competencies required of leaders to navigate in tough times, but it’s been instrumental to watch, listen and learn from those in action right now. They will either scupper their organisations or enable them to reach smoother waters as more resilient, competitive entities.

Although the traits I’ve identified below were reflected by many of the leaders, my interactions with each one highlighted particular characteristics that I believe we need collectively to move forward.

Anglo American CEO Mark Cutifani spoke at a GIBS Forum and I will remember him not only for his passionate yet down-to-earth manner of engagement, but also his courage in defining our national mining situation as a “crisis”. Three qualities lie at the heart of leadership - the need to call things as they are, followed by the ability of the leader to provide hope as well as a plan for a way forward to shift the status quo. Cutifani achieved all three with aplomb; no surprise then that he is on the cover of this edition of Acumen.

The theme of hope and rational optimism was subsequently reinforced when SABMiller Africa MD Mark Bowman spent an evening with the GIBS community. His passion for seizing opportunities was infectious and an important reminder that we are likely to go further if we view the glass as half full. His narrative also reinforced the findings of many academic studies that leaders in times of adversity need a strong streak of impatience. Ditching procrastination in favour of urgency pays dividends when all of us know that engagement matters, but only decisive and consistent action can shift the status quo.

Speed matters, but it must be coupled with insights about how to build competitive organisations in an industry and national context. Vodacom Group CEO Shameel Joosub’s deep industry knowledge illustrated the importance of making clear strategic choices based on a profound understanding of context. There’s no time in a leadership journey when this doesn’t matter, but when times are tough, leaders need to be even more knowledgeable about the economics of their business. This sentiment was reinforced by Nampak CEO Andre de Ruyter who is in the process of unlocking value for multiple stakeholders at Nampak through a cogent application of the economics of manufacturing.

De Ruyter also underlined the dangers of autarky (the condition of independence or self-sufficiency) which characterised the South African economy during its years of political and economic isolation . Although business can and must make a major contribution towards country competitiveness and economic growth, it is part of a greater national (and of course global) system.

A meeting between Gauteng Premier David Makhura and local CEOs of US companies highlighted again the importance of business-government engagement. A few hours later we were with the indefatigable Makhura at an evening event with CEOs from Indian-owned companies. I was struck by his preference to listen deeply and engage, rather than taking a prescriptive, one-sided approach to business.

My final reflection arises from an encounter with the iconic Thuli Madonsela at an event hosted by the JSE. We all know her courage as another leader who makes tough calls, but what struck me even more was not only her sense of integrity but her deep commitment to building a better future. Whilst some leaders may, quite rationally, be arguing that their efforts to serve shareholders are better focused on growing their companies out of the country, Madonsela’s mission to build a stronger country for all was inspiring.

Whilst the many traits identified above are all important, for me, the sense of purpose conveyed by Madonsela was probably the most essential, enabling ingredient of leadership in tough times.