Sasol has embarked on an ambitious programme to change fundamentally the way its leaders lead, in the process harnessing the intellectual power of its existing employees.

Attending a David Ulrich seminar a while back, S’ne Mkhize, the Senior Vice President: HR at Sasol, gravitated towards the book table, as she always does. Liz Wiseman’s Multipliers caught her eye and so she bought it. “I could hardly put it down because it spoke so directly to the kind of leadership challenge the organisation was grappling with at the time,” she says.

Some five years ago, after a review of its operational model, Sasol had begun to reinvent itself for the 21st century. The review had shown that the company’s divisions essentially operated as individual companies, each with its own management and even, in some cases, boards.

“We had to change this model to structure the company in line with our value chain, in order to compete in what had become a highly competitive sector globally,” Mkhize explains.

In line with this thinking, the company’s divisions were placed into three broad categories: Upstream (source), Make (manufacturing) and Downstream (sales and marketing). The new organisational structure signalled a profound change in that divisions now had to operate as parts of a single company with one executive and board and, critically, a single balance sheet.

Obviously, the change was dependent on that most slippery of projects: changing the corporate culture. A key component of achieving that was changing how the organisation was led.

A Heartbeat employee survey pointed to the nub of the leadership problem. “The survey quite strongly showed that leadership was managerial rather than inspirational, command-and-control rather than rooted in trust and respect,” she points out. “How to help leaders transition to a leadership style in line with the new operating model, to move from being managers of tasks to leaders of people? The Multiplier concept of tapping into the intellectual capabilities we already had in the company, of releasing potential we were already paying for, made such sense.”

Sasol’s executive leadership shared Mkhize’s enthusiasm for the Multipliers concept, and GIBS, which was already working on the design of a leadership programme for Sasol, was brought on board, along with the local licensees of the Multiplier programme, Business Results Group.

“Multipliers is a different way of leading that aims to get the best thinking out of people, based on the premise that everybody is smart with the innate ability to work things out for themselves,” says Brad Shorkend, who facilitates the course. “It’s focused on developing leaders who invite people to think rather than telling them what to do. It suggests that the thinking and actions that created past success are unlikely to continue working into the future.”

Despite the enthusiasm to use Multipliers to educate a new generation of leaders, and despite the fact that as part of the restructuring leaders had been shifted around, budgetary constraints intervened. After a year, however, the first pilot was run in North America and the success of the programme spread like wildfire around the organisation.

“It’s the first time that I’ve ever seen a project connect so viscerally with business leaders, and this has created a ‘pull’ from the business that continues to this day,” Mkhize says. “In many instances, leaders offer to meet the costs out of their budgets rather than wait for HR funding to materialise, again something that I haven’t seen a lot of in my career!”

Sasol co-designed the programme with GIBS to meet the business need. It originally began as a two-and-a-half day intervention, now expanded to three. It is preceded by a 360-degree assessment that creates “a personal burning platform” for participants. The first two days are focused on Multipliers and Sasol. They begin by articulating the need for and history of the programme, including videos of the joint CEOs talking about the new leadership style and its benefits, as well as GIBS’ Nick Binedell on how the complex world requires building partnerships based on shared value.

The course then covers the Multiplier concept and the tools it offers to help leaders understand their leadership style and, critically, to change it. Mkhize says one of the things that originally attracted her was the practical toolsets that can be used to help leaders change the way they operate. Sasol’s expansion into Mozambique is used to analyse what was done wrong. This module concludes with a practical requirement for attendees to provide an action plan for closing three gaps in their leadership competence.

The third and final day focuses on diversity and inclusion, a module that was added in response to another of the key findings from the Heartbeat employee survey: that Sasol’s approach to racial and gender diversity was too numbers-based, and that the company did not provide an inclusive environment.

Of course, as any South African corporate can attest, this is extremely difficult terrain, primarily because, it can be argued, the regulatory framework is itself utterly focused on quota thinking. In the final analysis, a company’s BEE scorecard, and thus its social licence to operate and bid for government contracts, is purely assessed on numbers – there is no acknowledgement that this emphasis creates as arid and unproductive an environment as apartheid did.

But the truth is that without going further, companies will fail to derive any benefits from their diversity programmes.

“You simply cannot access the full intellectual capacity of your people outside of an inclusive environment, it’s that simple,” says Nene Molefi, whose company, Mandate Molefi, facilitates the diversity and inclusion module. “I love the Multiplier thinking because it forces leaders to look beyond the numbers to unlocking the value that a diverse workforce provides, to truly engage with the spirit of Section 9 of the Constitution.”

In this way, Molefi says, a company can convert the potential represented by its people into an actual asset.

The diversity and inclusion module uses a number of techniques to help participants understand how unconscious bias can affect leadership decisions. Whereas conscious bias is relatively easy to deal with, she says, unconscious biases are baked into who we are, and often communicated non-verbally by those whom we love and respect the most at an early age, such as parents, family, teachers and community leaders.

“You have to change your own mindset, and that begins with opening your heart,” Ms Molefi says. “We all have unconscious bias.”

The diversity and inclusion module places a lot of emphasis on equipping people with practical skills and techniques to embed inclusion in the workplace and beyond.

To date, some 1 700 of Sasol’s 3 000 middle and senior management have completed the training. A website has been created to provide a platform for sharing best practices, keeping updated with new information and generally to build a network of “alumni”.

Indeed, she says there is considerable pressure also to make the training available to front-line leaders.

An ongoing challenge, says GIBS’ Professor Karl Hofmeyr, is to measure the impact of the training, especially as it is so far-reaching. GIBS is working on ways to do this but Sasol's Mkhize says that while it is difficult to link to the bottom line, the continuing willingness for the business to pay for the training out of its own budgets is testimony to the value it delivers.

“The Heartbeat surveys will enable us to chart how leadership is changing, and a proposal has been made to use the Multiplier intellectual capital to define our corporate leadership style,” she says. “One area we now need to look at is integrating the learnings from the programme into personal development plans, so there are consequences for non-Multiplier leadership practices.”

The concept of the Multiplier manager, or its opposite, the Diminisher, originated with Liz Wiseman. An HR professional, Wiseman led the creation of Oracle University, and held senior positions in that company for some seven years, thereafter working as an executive coach.

During the course of her career, she observed that there are two broad styles of manager: Multipliers and Diminishers. She conducted extensive research to give meat to these concepts for her best-selling Multipliers: How the best leaders make everyone smarter.

The book and its insights form the basis for the Multipliers leadership development programme used at GIBS and led by the Wiseman Group’s local partners, Business Results Group.

The concept is based on a simple observation with some far-reaching consequences: some managers seem to get more out of their people than their peers, and this is reflected not only in higher productivity and better business results but also in lower employee attrition rates. These Multipliers are able to unleash almost all the intelligence of the smart people they employ – 95% of it – whereas their opposites, Diminishers, only manage to leverage 48% of the intelligence of their people. In other words, for every dollar a company pays in salary, it is getting under half the value from people working under Diminisher managers.

Thus, Multipliers essentially double the intellectual power of their workforce while still paying the same salary as their Diminisher counterparts. In a business environment where cost containment is always important, getting more out of staff and keeping them for longer minimises recruitment costs and maximises value – Yankee frugality in HR, one could say.

“[B]efore calling the recruiter, perhaps you should consider how completely you are using the resources already inside of your organisation. You probably know how productively your company is using your physical assets, but do you know how deeply you are using the intelligence and capability of your people?” writes Wiseman in an article in Harvard Business Review.

Multipliers get their results by looking for talented individuals and then giving them space to blossom, along with accountability. Such an attitude encourages people to produce their best work. Hired by Diminishers, similarly, smart people fail to deliver value. Because the Diminisher manager has to be the smartest person in the room, and the source of all the answers, they effectively muffle the potential of their people. By continually offering ideas and making decisions, they undercut the talent they spent so much time and effort on recruiting.

The good news is that many Diminishers are unconscious offenders. By understanding what they are doing, and how to change their management style, they can improve their ability to manage in such a way as to harness the intellects of their team and so, it is hoped, improve business performance.

“...divisions now had to operate as parts of a single company with one executive and board...”

“...Sasol’s approach to racial and gender diversity was too numbers-based...”

“...some managers seem to get more out of their people than their peers...” 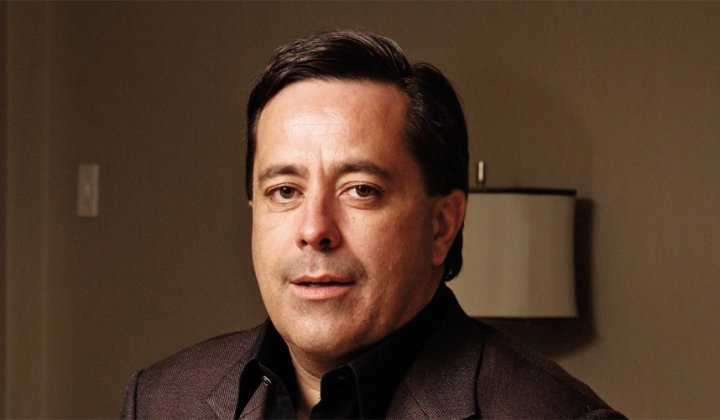