“What goes down must surely come back up,” I think as I blast down the hairpin single track snaking into the valley slumbering below Zuurberg Mountain Village. I’m covering one of South Africa’s leading mountain biking stage races and, as usual, I find myself locked and loaded behind the handlebars of an iron steed.

Embedding yourself inside an event is by far the best way to shoot a race as you become an integral part of the action, therefore truly capturing the grit and emotions at play on the trails. For us mere mortal riders, however, the issue is that these white-knuckle descents are nearly always followed by an excruciating climb…

This time around, not so much… I’m in the saddle of a souped-up Stance e-bike and, for once in my life, I cannot wait for the climbs to kick in. So far, it’s been downhill all the way along a track I can honestly rate as one of the top MTB routes in South Africa, and I’m feeling fresh as a daisy.

The descents and flats have hardly necessitated me switching on the battery-driven motor, but now a steep and tortuous segment awaits up a rather gnarly climb switch-backing to Camp Figtree. I hit the button, and the e-caine kicks in!

This is only my second time ever on an e-bike, but let’s be honest, once you’ve had your first hit of this instant superpower on-tap, it’s going to be darn difficult to make a mental shift back to plain old muscle memory. “But that’s a problem for another day,” I smirk as I power up the gravel pass, giving gravity the proverbial middle finger.

Sport is just one of a wide range of practical applications of pedal-assist technology in many a real-world situation, with dozens more covering the full gamut, from alternative transportation to leisure pursuits and commuting. Surprisingly, the technical expertise has been around for well over a century, with the earliest patents dating back to 1880!

The ’Trouvé Tricycle’ morphed into the ‘Humber Electric Tandem’, the ‘Dutch Junker’ and the ‘Kutter Dolphin’, the first bicycle to use the pedal-assist system (or PAS, as popularly referred to these days). Modern-day e-biking came of age in the 1990s when the electronics boom gave manufacturers access to cheaper neodymium magnets and lithium batteries, making electric bicycles both more affordable and powerful.

Basic e-biking technology – in layman’s terms – is pretty easy to explain. An integrated motor, usually fitted around the wheel hub, utilises powerful electrically driven magnets to assist the rider as soon as pedalling starts. You can set the level of assistance through a range of excellent apps, allowing you to control power, speed, distance, heart rate and ride duration.

Since the turn of the millennium, the e-biking boom has showed little decrease and there’s no arguing the acceleration of growth. Globally, the increase in riders investing in PAS technology doubles year-on-year in developed countries, with bike retailers in most first-world markets reporting that pedal-assist purchases now outstrip the demand for regular bicycles.

I know of no right-minded mountain biker who would have predicted this a year ago. Eelco Meyjes, a well-known local e-biking enthusiast, points out that even the Cape Town Cycle Tour (in their first year of allowing e-bikes) saw more than 250 electric bicycles line up at the start.

Many other events have done so for the past couple of years, and some organisers are taking things to the next obvious step: events specifically designed for e-bikers. The organisers of the popular Great Zuurberg Trek have just launched a three-day stage race aimed especially at the pedal-assist riding community.

“There’s no arguing the point – e-bikes means more people are able to enjoy the trails,” says Siska van der Bijl, route director at Great Zuurberg Trek. “Our key focus is to make sure everyone has maximum fun, all while staying healthy in the great outdoors and enjoying our legendary Hayterdale Trail network near the world-famous Addo Elephant National Park.”

The e-edition is sure to become a pacesetter for other mountain biking events and promises to set the pace for what will arguably become the fastest growing genre in this outdoor sport. If the current slough of events spawns just a dozen more – each with 200-plus riders spending an estimated R10,000 on entry fees, travel and accommodation – you have an immediate boost of R24 million to the sporting event economy in the region. 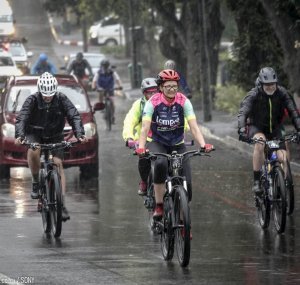 Meyjes agrees, arguing that e-biking is a great leveller, enabling individuals with varying skills and levels of fitness to ride together. “This also allows recreational riders to spend more of their time in the saddle honing their technical ability, rather than barely surviving some of the steeper routes out there.”

The real growth of e-biking will not be rooted in the leisure industry, but rather in advantages this technology brings to commuters and small cargo transport. Around the globe, a clarion call has gone out to renewable energy players to accelerate the transition to a sustainable future, and e-mobility rates as a key part of this vision.

Asia has been an early adopter of e-biking, with an estimated 40 million units operational in the Asia Pacific region, with Europe in a distant second place with less than 3 million e-bikes. According to www.statista.com, global sales of e-bikes came to US$16.34 billion in 2017 but will increase markedly to a projected figure just shy of US$24 billion in 2025.

In Europe, e-bike sales climbed from 500,000 in 2009, to 2.6 million in 2018, with the South African figures probably mimicking these most closely. At present, no verified local statistics are available, but media estimates place our local bicycle market at 800,000 units, with a maximum of 1% of these as electric bicycles.

That may not seem like a lot of ZARs, but at an average price of R25,000, this still converts to a sizeable R200 million, and that excludes maintenance and add-on sales. Globally, sales look decidedly more bullish, with a projected 40.3 million e-bikes estimated to enter the leisure and alternate transport market worldwide, with a staggering 15.8 million just in China.

Meyjes guesses that as few as 2,000 e-bikes were sold into South Africa’s leisure industry in 2019, but this number may substantially spike this year after the economic collapse following on from the Covid-19 pandemic. Sustainable and affordable transport, however, will become key to the survival of smaller businesses and individuals.

“I think the e-bike market potential, in the leisure category alone, could easily rise to 40,000 bikes by 2025,” says Meyjes. “Financing options for e-bikes will also change dramatically and I predict they will be sold in a similar fashion to cars soon.

He furthermore predicts that there is potential for e-bike fleet owners who will be able to lease them to security companies, the agricultural industry and police force, for example. Models such as these are sure to eventually filter down to individual financing, too, with government subsidies to support the category.

The benefits of half a dozen people commuting comfortably and efficiently on e-bikes will be far better and healthier for the population than using internal combustion vehicles. Not only do the cars choke up inner-city infrastructure and roads, but they also play a huge factor in the current climate change scenario.

Obviously, road safety is a major obstacle for would-be e-bike commuters, but big cities are investing more and more money into bicycle lanes to create cycle-safe routes. Once that happens, there is no limit to the PAS potential, or the bonus of freedom and fresh air as you cruise your way to work in style.

“In my opinion, electric motors are arguably the most important invention in cycling since the introduction of gears more than a century ago.” – Eelco Meyjes, e-biking activist What are the laws surrounding e-biking?

South African law (SABS 311/2007) defines that a bicycle that looks like a cycle, which has a primary means of propulsion by pedal, but with an electrical motor not exceeding continuous power output of 250w and cuts out at 25.4km/h, and weighs less than 40kg, is a bicycle.

Do you require a license?

No driver’s license is required, and there is also no age restriction, vehicle license requirement or roadworthy certificate needed. Riders must, however, comply with all regulations relating to the use of bicycles on roads, like wearing a cycling helmet and staying off the motorways.

When is an e-bike not actually an e-bike?

All bicycles that store battery power but use a hand-controlled throttle are not classified as e-bikes but are instead grouped together with mopeds and light motorcycles. These bikes require registration and a driver’s license, and so on. South Africa tends to follow the European Union laws when it comes to defining what constitutes a bicycle.

A host of major cycling events – including the 94.7 Cycle Challenge, Joberg2C, TransCape MTB Experience and Cape Town Cycle Tour – have made provision for e-bikes to enter their events, but on a non-competitive basis. Great Zuurberg Trek has taken the bold step of creating the GZT-e edition, South Africa’s first-ever stage race specifically for e-bikes.

Is riding an e-bike ‘cheating’?

There will always be a segment of the cycling community who thinks this to be true, but in the same way that oxygen tanks changed the face of mountaineering, e-bikes are busy shaping the world of modern-day cycling.

What is the environmental impact of an e-bike?

The reality is – for as long as South Africa’s electricity supply is based on mainly fossil fuel – that e-biking is not quite as environmentally friendly as pundits would like it to be. However, getting people out of cars and onto bikes (for either recreation or commuting) will unarguably impact positively on the environment with all the health and lifestyle benefits to boot.

What are the potential applications of e-bikes?

Beyond those key leisure and commuter market segments, there is a wide range of innovative ways in which electric bicycles can be utilised in Africa: getting food and produce to and from agricultural markets; low-visibility and below-the-radar security patrols for police and private security; light commercial, postal, courier and food deliveries in the inner city; and specifically in South Africa, the bikes are silent and low-maintenance enough to be used by rangers and anti-poaching units in national parks and reserves. 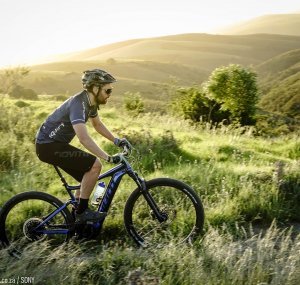 PAS: This acronym refers to the pedal-assist system, where power from a motor is activated and then supplemented by applying force to the pedals.

Pedelecs: These are electric bicycles where the electric motor is aided by pedalling (basically, e-bikes with pedals) as opposed to a bicycle where the motor is activated by a throttle).

Governing: Pedelecs are geared to limit them to a maximum speed of around 25km/h. The more powerful S-pedelec can reach higher speeds but are then usually classified as mopeds. 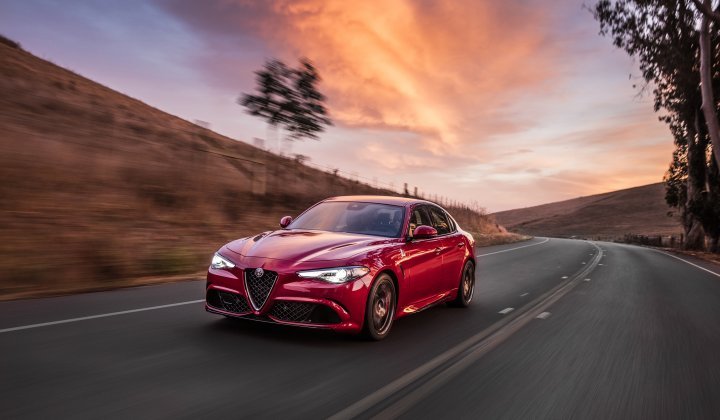 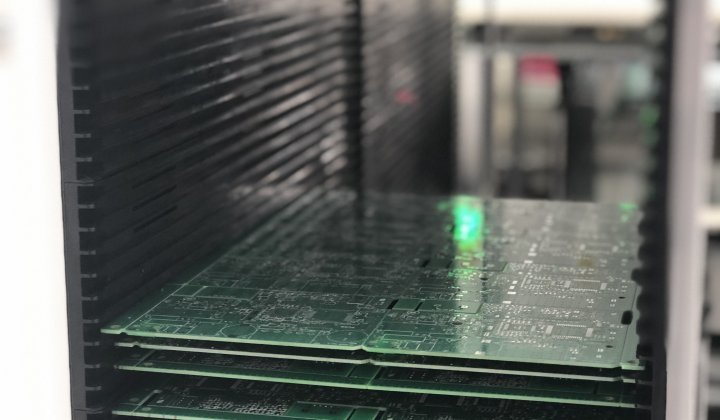 Business Wear in the Spring Time