The township economy in South Africa may not have reached its full potential, but there are innovative entrepreneurs who have been the backbone of this economy and from whom we can learn a lot of valuable lessons.

The political and historical roots of townships resulted in them being amorphous places that grow spontaneously rather than deliberately. However, they are highly heterogeneous and differ drastically from economic nodes in the carefully planned suburbs.

Necessity and opportunity enterprises have produced successful black entrepreneurs who have graduated from exclusively serving the township economy, or who trace their roots back to the township economy. The late Richard Maponya, a pioneer of retail township business, is a perfect example. He saw opportunities in underserviced communities, starting small with a milk delivery business that was scaled to supermarkets, and eventually to the monumental Maponya Mall that is the pride of Soweto.

In recognition of the value and importance of the township economy, the Gauteng government released a strategy to harness the economy derived from over 65 townships in the province, from an estimated 10% contribution up to 30% of the province’s GDP by 2030.

A vibrant township economy creates sustainable jobs, reduces inequality, and defeats poverty for millions of citizens. However, if township enterprises are to be sustainable, entrepreneurs running these businesses need to possess good management, financial and production expertise.

At a time when entrepreneurship is desperately needed in South Africa, we look around for heroes to learn from. This is especially true for black communities who, despite being liberated by the dawn of democracy, continue to be mass consumers rather than producers due to a lack of entrepreneurial intentions and entrepreneurial role models.

Stories to be told

However, stories of thriving black entrepreneurs are not told sufficiently to encourage the next generation to model themselves after these valiant entrepreneurs by also pursuing entrepreneurship.

These are men and women who contribute to the development of our country through entrepreneurial activities that drive economic growth and job creation. As a nation, we need to celebrate entrepreneurial pioneers who have proven over and over that through resilience they can make a success of their entrepreneurial journeys. We have enough of these entrepreneurs to entrench their stories and journeys in our settings and support their efforts to promote entrepreneurial awareness and intentions amongst the youth.

The food and beverage industry has created successful pioneers from the township who have carved a niche, who make an incredible contribution to the economy, and who have created hundreds of jobs. These are vibrant establishments that draw locals and tourists from afar and have become beacons of hope in their communities. In Gugulethu in the Western Cape there is Mzoli’s Place, while in Umlazi, KwaZulu Natal, you’ll find Max’s Lifestyle as well as Eyadini Lounge. In Gauteng there is Imbizo Shisanyama’s Busy Corner in Ebony Park, and both Chaf Pozi and Sakhumzi Restaurant in Soweto. These are founder-led businesses that have been created from the bottom up and which have mostly been self-financed.

Imbizo Shisanyama on Busy Corner is a multimillion-rand business that offers a stylish and contemporary dining experience in the heart of the township. It was built on the premise that friends and family, braaied meat, and beers are the cornerstones of African social life.

Founder, Rita Zwane, popularly known as MaZwane, is one of the unsung heroes of the township economy – a woman who was brave enough to embark on an entrepreneurial journey. She had the audacity to disrupt the male-dominated food and beverage industry and the resilience to persevere even when a slew of challenges came her way. Hers is a story of a liberated woman who sought to be productive in one of the harshest operating environments.

Coming from an impoverished background, she started from nothing and built a sound business almost single-handedly. Learning about how she went about it and her drive is inspiring.

Like most township entrepreneurs who credit their entrepreneurial intentions to the humble efforts of their mothers and grandmothers who made ends meet by selling fruits and vegetables to augment their wages and support their families, MaZwane’s entrepreneurial journey began in primary school selling sweets.

She later turned on its head the notion that township entrepreneurs operate a cash-based economy that is founded on hand-to-mouth survival. She set out to create an authentic home-from-home experience established on only serving quality products and world-class service. She developed a tourism node in Ekurhuleni, creating over 150 jobs and opportunities in the heart of the township.

I once asked MaZwane what her business philosophy is and also what made her business the success it is. Her response was: “There’s a misconception that township consumers are not savvy and that you can get away with offering them inferior products and services. However, any successful entrepreneur in this space will tell you that our consumers demand authentic products and services and want to buy the best that their money can afford. They also want to support businesses that are run by their own community members. Every single element of the restaurant feeds into my values, my culture, and my passion and is created on authenticity.”

To get to where she is today, she has had to face a myriad of challenges, some of them specific to township-based entrepreneurs.

In the early stages of her restaurant she suffered the indignity resulting from red tape while trying to juggle between the needs of her patrons and ensuring that her business was compliant with local by-laws and regulations. She was harassed by law enforcement officers who expected kickbacks and would confiscate large amounts of her alcohol stock due to the failures of authorities to grant her a liquor license, which were initially not provisioned for township restaurants.

Despite proving that she could successfully run a multi-million rand business for numerous years, MaZwane still experienced hiccups with access to finance when she wanted to scale her business and build Imbizo Shisanyama’s new restaurant. She had to take out a second home loan and negotiate with her suppliers for relief while waiting for a financial institution to approve a R1.5 million business loan.

After many encounters and learnings from MaZwane, I convinced her to author a book that chronicles her entrepreneurship journey. She obliged and released her autobiography, Conquering the Poverty of the Mind – From Shipping Container to BUSY CORNER.

After two decades of running her business, plans are at an advanced stage to have Imbizo Shisanyama outlets in shopping malls to afford consumers from all walks of life to sample tastes from restaurants, without venturing out to the township. The first of such restaurants was opened in September 2019 in Midrand with her son, a graduate from UCT, in the lead. In one of most successful succession plans in a township-based business, her son took over as MD in 2017.

If South Africa has any hope of reforming its economy, it must support the growing entrepreneurial market that exists in the townships and inner cities across the country. We can learn a lot from MaZwane and others like her, and hopefully inspire a new generation of entrepreneurs who will take the baton from them and build corporations, whose roots can be traced back to townships, and will be renowned both within the continent and abroad just like Richard Maponya.

The global Covid-19 pandemic, which hit the country in early March, had an adverse impact on an already ailing South Africa economy. With most economic activities prohibited when the country declared a lockdown from 26 March, township businesses such as Imbizo Shisanyama in Busy Corner were severely affected.

Restaurant founder, Rita MaZwane, was still counting her loses and scrambling to save jobs when the country moved to Level 3 of lockdown.

“Before the lockdown was declared the business was operating at 20% capacity. We were down from hosting between 150 to 200 customers a day at Busy Corner to only 50 as per the regulation, while in April we had no income. When we re-opened in May under Level 4 we introduced deliveries which amounted to about 10% of our normal operations,” explained MaZwane.

While the government set aside R200 million Covid-19 Tourism Relief Fund to cushion distressed businesses in the sector, MaZwane said her attempts to access the funding drew a blank. She also could not access the UIF on behalf of her 160 employees. In the absence of government’s financial support, she had to dip into the businesses’ savings to cover overheads.

The challenges posed by Covid-19 resulted in her tweaking her business model and she introduced deliveries under a new campaign called ‘Busy Corner Goes Mobile’ and also included an online element for customers to place orders.

“We had to remodel the business to fit in with the times. Deliveries were not our area of focus; we considered them when we re-opened under Level 4. Our customers responded well to their meat being delivered to their homes,” she explained.

Instead of dwelling on losses from the inability to host customers for meals and drinks in the restaurant, MaZwane preferred to focus on new opportunities presented to her business such as a fast food element of Imbizo Shisanyama.

“While Covid-19 has negatively impacted my business, I cannot give up now.  Entrepreneurship is in my DNA and I’m exploring the introduction of fast food without compromising on the taste and the quality of our meat,” said MaZwane, adding that they will be scaling Imbizo Shisanyama in shopping malls and also investigate the possibility of a drive-through restaurant to ensure the safety of her patrons.

She had the audacity to disrupt the male-dominated food and beverage industry...

"There’s a misconception that township consumers are not savvy...

Steven Zwane is the founder and chairperson of the non-profit organization, Youth Leadership & Entrepreneurship Development (YLED). He is also a lecturer and faculty member at GIBS. 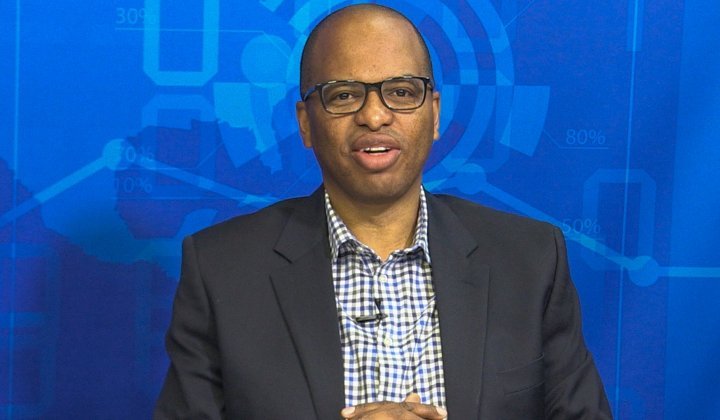 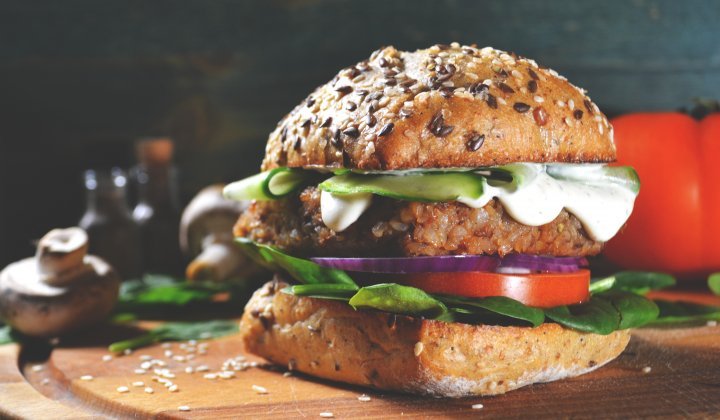 Carnivores get a Taste for Plant-Based Food 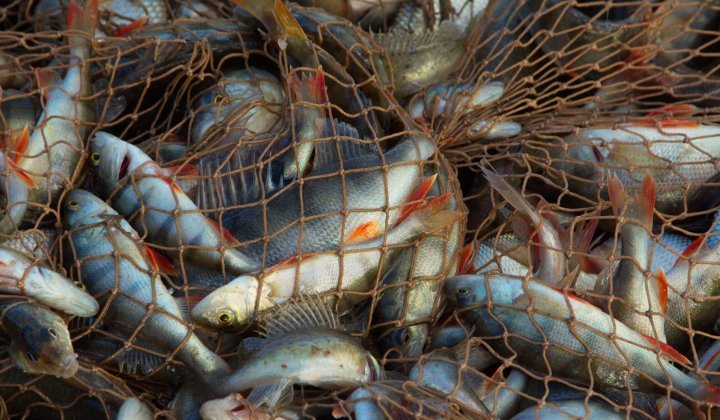 Consumers are Rocking the Retail Boat