Baby Boomers are heading into retirement, leaving leadership gaps to be filled by an altogether different group: Millennials. Born mainly in the 1980s and 90s, Millennials are “self-expressive, group-oriented, global, tech dependent”. 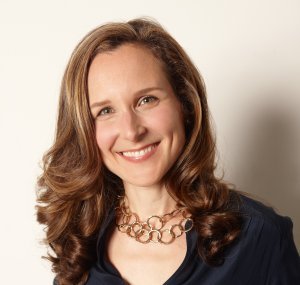 Baby Boomers are heading into retirement, leaving leadership gaps to be filled by an altogether different group: Millennials. Born mainly in the 1980s and 90s, Millennials are “self-expressive, group-oriented, global, tech dependent”, according to consultant, speaker and internationally recognised expert on this generation, Lindsey Pollak. From New York, Pollak told Acumen Editor Chris Gibbons about her latest book on Millennials, Becoming the Boss - New Rules for the Next Generation of Leaders.

Yale-educated Lindsey Pollak says “Millennial” is a “funny term”. That’s because many of the millennials she works with don’t even know they are described or characterised that way. “It’s certainly not a scientific term,” she explains, “it’s a demographic category that academics came up with.”

If you’re uncertain as to whether or not you fit the category, Pollak has helpfully placed a short quiz in the Introduction to Becoming the Boss. Among the tests:

There are several others, but if you tick 50% or more of these boxes, the picture is clear: you’re a Millennial and Pollak’s phrase “tech dependent” would appear to verge on understatement.

From a previous book, Pollak has discovered that Millennials like their information served up in a particular way. Becoming the Boss is highly engaging, with plenty of short paragraphs, nuggets of information, check lists, bullet points and personal stories. She calls it “curated information” and says her goal is to be “the best curator of the best available information and to bring that all together in one place on my topic.”

Pollak has worked with Millennials in the US for more than a decade. She thinks they are “a very confident generation” with “extraordinary leadership potential”. She was uncertain about using the “Boss” word in the book’s title - “Some people don’t like the term “Boss” - but she went ahead with it “to empower them”.

“With the upcoming massive retirement of the baby boom generation, we need them to step up and become really strong leaders. To become “The Boss” is a very strong word but I also feel very strongly that a lot of Millennials are lacking some of the skills that leaders need to become excellent,” says Pollak.

She believes that Millennials differ from previous generations in two key respects: “One is that they are going to be leading in a world of rapidly expanding technology. Social media, virtual reality, technology’s global reach. Previous generations didn’t have to think about their social media presence as a leader, or managing a global workforce with whom you are only going to communicate through telepresence or instant messaging around the globe.”

The second major difference relates once again to the exodus of the boomers:

“A lot of experts here in the US are predicting that Millennials are going to have to step up into leadership and management roles five and sometimes ten years earlier than previous generations, simply because we’ll have a lot more open positions because of baby boomer retirement.”

She’s quick to add that despite these difference, Millennials will face many of the same challenges that presented to their parents and grandparents: “They are simply new to the game - business, politics, or whatever worlds you want to lead in. That I don’t think has changed.” Equally clear is her statement that Becoming the Boss is “not meant to replace all of the good leadership advice and education that is out there” and reminds me that the very first chapter of the book, called Catch Up, reviews “all of what I consider to be the “Must Read” leadership literature of the past, from “The Art of War” all the way up to Stephen Covey and Jim Collins - even Sheryl Sandberg, to give a very recent example. My book is absolutely in addition to, not in place of, the very strong leadership advice of the past.”

Pollak calls learning “sort of a personal crusade” and it’s clear she feels it underpins good leadership: “Something that I admire in some of our best leaders is that constant desire to always be better, always try harder, never feel that you have achieved everything, be humble and always be in a position to get more educated. My favourite quotation in the book is from [US President] Harry Truman, who said “Leaders are readers.” You have to consume information and always, always listen and learn.”

Another quotation Pollak uses to add nuance to the learning process is “Filling the Tanks”. It comes from Joss Whedon, creator of the hit TV show Buffy the Vampire Slayer. Pollak explains that Whedon is a very prolific creator, “famous at one time for having three of his shows on US TV at the same time - sort of unheard of - as well as movies and comic books,” so she started reading about his leadership and productivity.

“One of things he said was that he was constantly filling the tanks, constantly learning, gathering information and knowledge and ideas, never resting. He advised very firmly that you had to get outside your realm. For him, that’s entertainment, so he would look to sports or politics or science or anything else other than his area.”

Discussing learning and education with Acumen, the magazine of one of Africa’s leading business schools, it’s a natural progression to wonder if Pollak would recommend an MBA to her Millennials?

“I actually have a section [in the book] on whether graduate school is worth it. That’s a question I get really frequently from Millennials: “Should I go to graduate school?”

Before she answers it, Pollak confides that she once had a psychotherapist tell her that “There are two things in life you never regret - exercise and education. He said, “I’ve never had someone come in and say they shouldn’t have worked out today or shouldn’t have got that degree!” Education is usually a really good bet and although I don’t have an MBA, I do have a Master’s degree.”

She adds a caution: “I do think that a lot of young people, because of the economy, turned to graduate school because they had nothing else to do, or they thought it was a good way to kill time. I don’t support that strategy. I don’t know how the education funding system works in South Africa but in the US it’s extraordinarily expensive. An MBA could cost as much as $150 000, so the factors that I recommend thinking about are:

2.     Do you need it? I always recommend that people speak to leaders who they admire - mentor-types - and ask if they feel that given your personal goals an MBA is worth it?

“If you do choose to pursue an advanced degree, you have to pursue that opportunity for everything it’s worth: the networking, the learning from professors, the opportunities for elevation. I think some people go to school to coast. Instead, I would encourage all of your students and alumni to use every resource available to them because that sort of education is so extremely valuable for the rest of your life. If you choose to do it, which is a very personal choice, make the most of it every second of every day, and when you graduate as well.”

Excellent advice for the new leaders of a new generation and just as pertinent as it always has been.