Q: How do you build a framework which supports the leadership development needs of a global business that spans six continents and employs some 63,000 people? A: You link it to strategy.

Once you’ve done that, the big question becomes: How best to measure impact to ensure significant value is being added?

This is exactly the dilemma that faced mining multinational, Anglo American, having launched the group’s Leadership Academy in 2019. The academy drew the needs and requirements of Anglo American’s various business units together under a single strategic vision for developing leadership talent in line with the group’s culture, future needs and focus areas. So that was a ‘yes’ for strategic alignment. 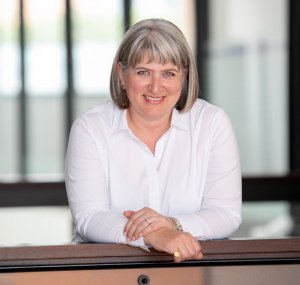 But the academy’s ongoing success hinged on creating impactful programmes that resonated across the business and helped to nurture the leadership pipeline. The overarching framework had to be flexible enough to adapt to profound disruption, trends and changing needs but centrally positioned within the organisation to ensure consistency.

Having worked on the two entry-level programmes – Achiever and Accelerator – during GIBS’ long association with the global miner, GIBS facilitator and coach, Amy Moore, was well placed to see how the group’s development offerings slotted together holistically and built on one another. Moore – lead author on the case, alongside consultant, Verity Hawarden, and HR strategy lecturer, Hayley Pearson – felt that an analysis of how the Leadership Academy had been positioned within the business and how the impact was considered would hold value for other companies looking to embed a similar approach to talent management. 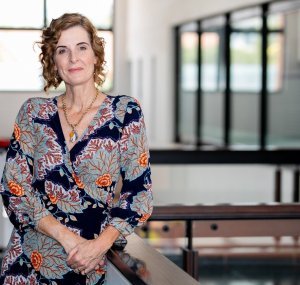 In the case of Anglo American, it fell to Desray Shuck, a GIBS MBA alumna, to build the Leadership Academy from scratch as part of a broader alignment to Anglo American’s HR strategy. The case picks up the story as Shuck ponders how best to assess, understand and measure the impact of the academy’s programmes throughout the organisation.

Since the case was written, Shuck has relocated to the United States to head up Anglo American’s Technical Academy – a key developmental project across an organisation where 80% of employees are involved in technical roles. Shuck, who calls herself a ‘serial starter-upperer’, was also part of the team that launched the Anglo American Centre of Experiential Learning. Therefore, she understands the importance of getting stakeholders on board and navigating legacy systems – just some of the takeaways shared in the case study.

Shuck’s approach was both analytical and collaborative. “Anglo American has a remit of working with global organisations and leaders in their field, and Desray [Shuck] developed relationships quite carefully and strategically around that,” explains Moore. 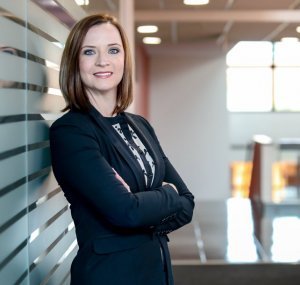 A collaborative approach and a focus on consistency are two key elements of the Leadership Academy model, which Shuck says she will be applying to the new Technical Academy. “When something is new, you are inevitably going to seemingly encroach on other people’s turf. That’s why I’m so strong on collaboration; there’s enough in Anglo American for everybody to work flat out and still not get through all the work,” she says.

Taking the time to listen to the needs of the business units and to hear them if value is not being delivered is equally crucial. “I listen very, very closely to ensure we are aligned to the common objective. And, again, that consistency and collaboration come through because if you’re ignoring those, it’s not going to work,” advises Shuck.

When the Leadership Academy was launched at a senior leadership conference in March 2019, Shuck took the opportunity to engage with as many of the 400 senior managers in attendance as possible. Since each business unit would be paying for its employees to go through these programmes, adding value was essential.

Speaking to Acumen, Shuck explains that any solid partnership needs a common objective. “Once we can agree on that, we just keep going back to that. Do we need to calibrate it? Within Anglo American, the Leadership Academy and Technical Academy are central functions – the business units are encouraged but not compelled to use us. If they can find a more compelling place to go and spend their dollar or rand or Brazilian real, they can do that. So best we create something that is very compelling.” 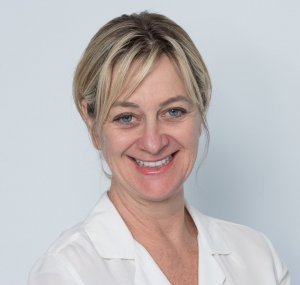 Lesson 4: Do not shy away from localising

In South Africa, the Leadership Academy had a particular focus on women’s leadership development. In Singapore, Australia and South America, the interest was greater around the mid-level Accelerator programme. Each market had its own needs, which had to be met by the overall offering. “Navigating all these cultural and country needs can be highly complex,” admits Shuck, “but you give yourself a fighting chance if you build a scaffolding which then allows you to bolt other contextual pieces onto the framework.”

Supporting the company’s purpose and ambition must always be the guiding light, she says. But when it comes to the ‘how’, you must include some wiggle room.

Conversely, when it comes to delivery, you cannot hold tight. This in-built flexibility is why Shuck believes the Leadership Academy weathered a crisis like Covid-19. “Because we didn’t hold tightly to the ‘how’ of delivery, we were able to flex as fast as our partners could flex,” she says, referring to the shift to digital.

Despite navigating staunch face-to-face believers, Shuck says the digital shift has not affected the uptake of the programmes. “I’m still in very close contact with the Leadership Academy team, and they tell me they are three or four times subscribed,” says Shuck. She believes this is due to the substance built into the programmes and the value associated with taking part.

Any leadership development initiative is motivated by the goal of increasing leader effectiveness. Throughout 2020, and beyond the timeframe of the GIBS case study, the critical role of leaders was underscored. For Shuck, the foundation of the Leadership Academy approach has not changed because the role of the leader has not changed. But what the immediate past has exposed is that not all leaders are leading.

“It’s easy to lead when things are calm, and everyone’s coming to the office, and it’s cushy, and you don’t have to worry,” she says. “Now you’re leading. So, if you thought you were a leader before and you’re finding this difficult, this is what the job is. Not what you were doing before.”

Having navigated implementation and alignment lessons, the case study then turns the spotlight to ‘impact’ and how best to measure this critical determinant of success.

The case outlines how Shuck brought in Hannah Corry, an Australia-based leadership development principal, to develop a dashboard to analyse the data being gathered, specifically around leader impact, team, organisation and social benefits. As Corry says, referencing the aim to automate measurement systems in the future, “It is also important to quantify return on investment, given the significant spend on developing our future leaders.”

In this respect, Moore feels the case writing process actually helped those close to the Leadership Academy’s formulation to take stock. “I’d like to think that the case has helped not only the Leadership Academy and how they measure impact now and what their definition of impact is, but also that it has helped Des [Shuck] in her current role to think about how to add further value in a different area,” says Moore.

Shuck agrees. “I think, from an Anglo American point of view, we’ve got a long way to go in being able to say we are equipping our leaders with everything they need to lead. We’ll admit we’re not perfect in any shape or form on this thing because it’s all evolving. But we’ve given it a good go. I like that. The case study speaks to that.”

In 2020, when Pearson taught the case for the first time at GIBS, the reaction supported what the case writers envisaged from the start.

“The reaction of the students was great. They love hearing about a global company that is also local and has a local protagonist; someone they can relate to,” explains Amy Moore, lead writer on the case. “Value is considered both from an individual perspective, in terms of how the programme is adding value to them individually, as well as how one organisationally and holistically measures value.”

Moore and her fellow writers believe the Anglo American Leadership Academy offering makes a solid argument for a more strategic approach to leadership development in an organisation, particularly one that is closely aligned with operational changes, needs and future requirements.

Ahead of the pack

The GIBS case writing competition celebrates the best cases and teaching notes produced over the year and recognises the authors of the top three cases. In 2020, 13 cases were submitted for consideration, and the prize-winners were as follows:

Innovation: The Fuel that Drives the Success of Any Entrepreneur