Investing in Youth Entrepreneurship is the Way Forward

To get out of the current economic quandary, South Africa needs to be deliberate in empowering its youth by investing in entrepreneurship and supporting them to start and run their own businesses to create much-needed jobs as well as to boost the ailing economy.

After what our country has been through – from efforts to contain infections of Covid-19 to a Moody’s rating company’s decision to cut South Africa’s credit rating to junk status due to a weak economic growth – you’d almost be forgiven for emerging from the lockdown feeling afraid and defeated.

With one of the highest unemployment rates in the world at 29.1% – and youth unemployment recorded at 58.1% – for the fourth quarter of 2019, there is no time for self-pity. If we are to rebuild our economy, we need to come together and contribute towards making our country prosper following this disaster.

Wise words by former President Nelson Mandela come to mind: “The youth of today are the leaders of tomorrow.”

The National Development Plan (NDP) has set the target of reducing the country’s unemployment to 6% by 2030 through youth-targeted interventions that will enable young South Africans to actively participate in the nation’s economy.

The future success of this country rests with young people who are entrepreneurially aware problem-solvers and innovators who are not afraid to venture into self-employment, knowing that it will be challenging.

Like any other skill, entrepreneurship can be taught. Investing in young people, as early as high school, by increasing their knowledge and practical skills in entrepreneurship will contribute to the creation of jobs.

Despite South Africa being ranked 58th out of 65 economies in terms of entrepreneurial participation for those aged between 25 and 34 years, the Global Entrepreneurship Monitor (GEM) South Africa report shows an interesting development. It reveals that the country experienced a 59.4% increase in the levels of early-stage entrepreneurial activity from 2016 (6.9%) to 2017 (11%). These levels were last experienced during the Soccer World Cup in 2010. The report attributes this rise in entrepreneurial activity in the country to a buzz around entrepreneurship and start-ups, youth programmes, availability of funding and development. Most encouraging is learning from the GEM SA report that more than 75% of all early-stage entrepreneurs in South Africa in 2017 were opportunity-driven, a sign that more South Africans are starting businesses because they see an opportunity.

A study published by New York University supports the knowledge that learning about entrepreneurship ignites an entrepreneurial mindset in young people who begin to think and act like entrepreneurs in all aspects of their lives, communicate better and take smart risks. Essentially, they turn into problem-solvers and opportunity finders.

The youth of today are the leaders of tomorrow. – Nelson Mandela

Over the past 16 years I have been active in the youth development space through Youth Leadership and Entrepreneurship Development (YLED), an award-winning social enterprise that develops young people. At YLED we impart life skills and develop the entrepreneurial spirit among in-school learners in grade 11 and out-of-school youth from diverse communities and backgrounds to prepare them for the future. We have set hundreds of young people, who would have otherwise been unemployable, on a course to become credible contributors to the economy.

When engaging the young people who are on the programme we noted that discussions around job creation, self-employment and identifying gaps in the market with the intent of solving them and making money out of opportunity exploitation do not form a part of dinner table conversations at their homes. Furthermore, conversations within their social circles are dominated by sports, the arts and politics.

While they have the will and drive to become entrepreneurs, the environment where most of these young people are raised does not embrace an entrepreneurial mindset. Upon analysing the trend, it dawned on me that there are not enough role models that look like them, nor is there much business language spoken in their social circles.

Successful entrepreneurs who are featured in the media, especially TV, are from other continents or races such as the likes of Steve Jobs, Bill Gates, or the Ruperts and Oppenheimers, thus leaving black youth to believe that success in entrepreneurship is unattainable. This is also true for institutes of higher learning, which mostly reference foreign businesspeople or white or Indian-run organisations in case studies.

While this trend is not intended to undermine the great strides that black entrepreneurs such as Richard Maponya and Patrice Motsepe and others have made through their businesses in South Africa, it highlights the fact that they are in the minority, and as a collective, their efforts are not enough to close the unemployment and job creation gaps.

In order to address this, I believe that we need to introduce a business language and entrepreneurial role models originating from the same communities as these youngsters.

...more South Africans are starting businesses because they see an opportunity.

How we resolve this

Introduce entrepreneurship in the curriculum in public schools, as is the case at the newly formed private Future Nations Schools, pioneered by renowned business leader and entrepreneur, Sizwe Nxasana.

Content producers need to create TV or online programmes that profile successful black South African entrepreneurs to share their stories, including the challenges and the failures they experienced on their entrepreneurship journey.

Encourage successful entrepreneurs to also serve as mentors and coaches to train the new generation of entrepreneurs that will build world-renowned corporations.

South Africa needs a more inclusive and dynamic economy that will be shared equitably. In 2030, our economy should equip people with the required skills to ensure that ownership of production is diverse and able to grow rapidly and provide the resources to pay for investment in human and physical capital. To achieve that, we need to act now, stand together and contribute towards the development of the country’s vibrant entrepreneurial activity that will drive economic growth and job creation.

YLED’s success stories in their own voices

Solomon Savhuli, an entrepreneur, freelance MC, poet and accounts clerk from Tshepisong, Roodeport. He holds a venture creation certificate from Wits Business School and was part of the 2012 YLED cohort.

“When I was 10, I raised money from selling sweets and meat bones for two months to throw a party for my sister’s first birthday. Leading up to the FIFA World Cup 2010, I started and managed a mini shoe polishing and bin cleaning business for about six months so I could take my ailing father to attend one of Argentina’s games.

With the support of my parents and the entrepreneurship education and training I received from YLED, I now run a butchery with my childhood best friend. We supply meat combos from house to house instead of operating a stationary butchery and employ nine young people on a retainer. With the income from the business my partner and I funded our studies.

I believe that, like maths, entrepreneurship should be included from lower grades as a compulsory subject for everyone because it will help to shape young people’s perspectives and shift their mindsets from being consumers to producers.”

Reolan Moodley is an accounting student at UCT. Originally from the south of Johannesburg, he was part of the 2016 YLED cohort.

Leigh-Ann Loch is an LLB graduate from UJ. Originally from the south of Johannesburg, she was part of the 2012 YLED cohort.

Many people who matriculated the same year as me and started their own companies, as opposed to studying further, are successful entrepreneurs. Those who obtained degrees and diplomas are mostly unemployed and when they do gain employment, they will earn a minimum, entry-level wage.”

Nhlakanipho Magubane is an accounting student at UJ. Hailing from Mpilisweni, an informal settlement in Thokoza, Ekurhuleni, Mhlakanipho was part of the 2016 YLED cohort.

“YLED shaped my career. I was the accountant of our group’s company (LIDERS) and that inspired me to choose my degree. The Entrepreneurship Challenge helped me become business minded. Last year I bought a sewing machine and started a small business as a tailor at my res and the income helped me buy groceries and other essentials.

When we have more businesses employing people, our country’s economy will perform well because those entrepreneurs will be spending their earnings in the economy and also paying taxes.”

Nhlalala Bilankulu is a University of the Witwatersrand BCom (Honours) graduate specialising in human resources management from Chiawelo, Soweto. He went to McAuley House School and was part of the 2014 YLED cohort. He also worked as a consultant at an organisation.

“YLED taught me that entrepreneurship is not easy and that it takes resilience and determination to turn a threatening situation around. I also learnt that communicating is very important and that when information is missed or not clear in an organisation it can be detrimental to the entire company.

I firmly believe that a strong culture of entrepreneurship needs to be cultivated at an early age to all South Africans and not just be presented as a unique skill set that is only accessible to the elite. It should be normalised and taught in schools as part of the curriculum to children as young as seven years old.” 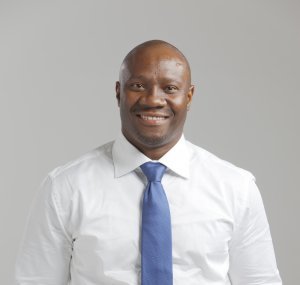 Steven Zwane is the founder and chairperson of Youth Leadership and Entrepreneurship Development (YLED). He is also a Nelson Mandela scholar, a lecturer and a faculty member at GIBS. 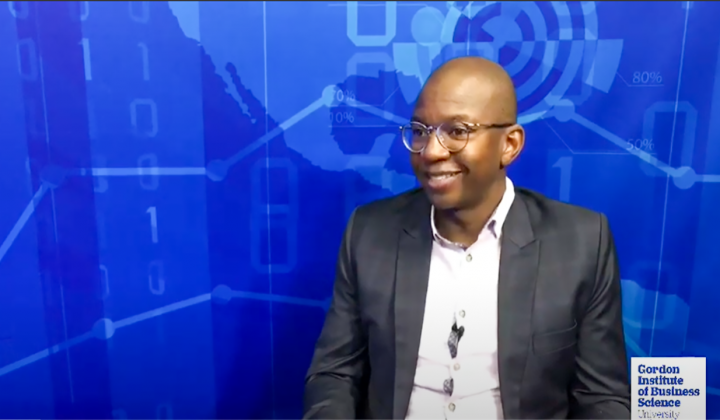 Agility in Times of Uncertainty 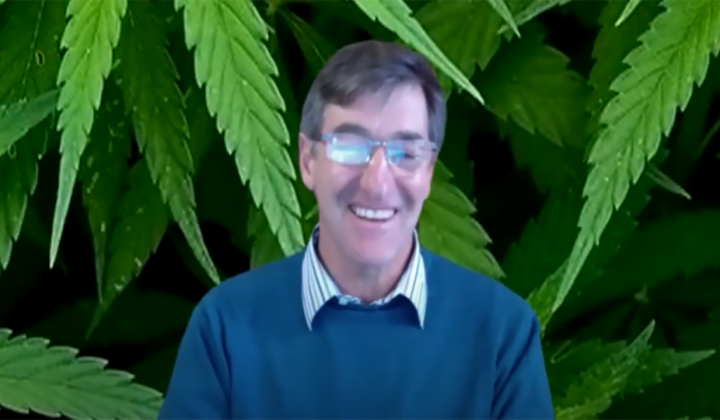 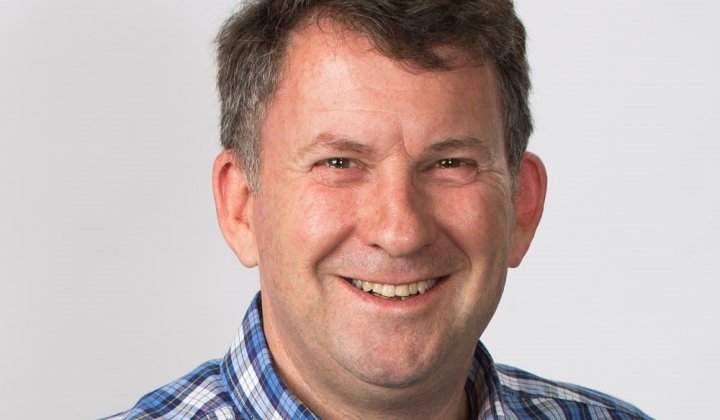