How Big Data Courts the Cloud

Almost two decades ago the world was introduced to the term ‘cloud computing’ -storing and connecting to services and data via web applications. More recently the buzz word is ‘big data analytics’ - the wealth of information generated by our digital world. Today, fleet-footed businesses are exploring how best to merge and exploit these innovations to gain a strategic advantage. 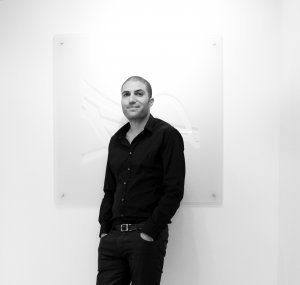 The company’s success hinges on understanding the innovations which underpin the IT sector and Hasson is mindful that speed and agility are vital in business. “Being nimble and agile is definitely important but if you become too obsessed with the changes happening you’ll never be able to focus and execute, so it’s a balance of ignoring what you believe to be irrelevant noise and moving quickly when you believe the changes are significant,” he told Acumen.

When SYNAQ cloud computing started, it marked one of those significant opportunities. At the time the idea of offsite data storage was radical. “It was a massive mind shift,” recalls Hasson. “In 2004 we launched one of the first ‘cloud’ email security platforms (in Africa) and were advocating the shift from ‘on premise’ infrastructure to the cloud… I think we were eight years too early and only now are we starting to see that business understands the benefits. For many years we thought maybe we were mad, because we just didn’t understand how clients couldn’t see it.”

The next big thing

Hasson calls the cloud an ‘enabler’. This is an apt description when you consider that most of us already use the cloud on a daily basis, for example when we access Gmail, LinkedIn or file-sharing site Dropbox. Increasingly the cloud’s value as a platform for storing and accessing huge blocks of information – big data - is creating interest.

As a September 2014 ‘Big Data in the Cloud’ brief by global chip-maker Intel noted, it is the flexibility of this cloud-big data combination that’s exciting. In particular, Intel noted the cost-saving and efficiencies element, the convenience of analysing data where it resides—“either in internal or public cloud data centres or in edge systems and client devices”— and the fact that companies would be advised to rather focus their IT budgets on building their own analytics capabilities, while leaving storage solutions in the hands of cloud specialists.

While Hasson agrees that big data is the current ‘over-hyped buzz word’, he also notes that in his business innovations like this are essential to long-term business success and client retention. “(Microsoft founder) Bill Gates has a saying that goes something along the lines of: People overestimate the impact of technology in the short term and underestimate its impact in the long term. Currently, big data is over-hyped in terms of what business should be doing with it and is struggling to comprehend how organisations need to change to gain competitive advantage using it. But, in the long term, big data will be everything,” says Hasson.

In terms of SYNAQ’s response, Hasson explains: “We’re looking at how our access to over one billion emails per month can provide clients with insights into their business and the economy that wouldn’t have previously been available – we haven’t answered that question yet.”

Hasson is not alone in grappling with how best to practically exploit these new technologies. In recent years research houses and professional services firms have been trying to unpack both what big data and the cloud are, and how a company might possibly exploit them.

In 2011, when the Economist Intelligence Unit described big data as a ‘game-changing asset’, the researchers noted that many companies were struggling with the basic aspects of data management and how to extract value. The conversation has since moved on and, in mid 2014, PwC’s Oliver Halter and Frank Rinaldi wrote an insights piece in which they noted how business was driving innovation by trading “IT complexity in favour of agility to focus on data exploration, predictive analytics, and real-time decision making”. With reference to the cloud, they wrote: “Cloud technology reinforces this changing paradigm: an enterprise requires flexibility and scalability to support immediate action on fluid datasets.”

But how does it work?

Businesses struggling to get a handle on how to take the theory and implement it need look no further to the likes of South Africa’s Discovery group and its Discovery Insure smartphone solution, which monitors driver behaviour, thereby gathering swathes of big data via the cloud and feeding the company essential information while encouraging safer driving.

Frank Rizzo, a Partner in KPMG’s Johannesburg-based advisory business, explains that Discovery Insure “offers a wealth of usable data” while “using data in a clever way”. As Discovery CEO Adrian Gore remarked in September 2014 at the presentation of the group’s annual results, harnessing new technologies and innovations are central to Discovery’s ability to gather a “composite view of a client’s risk behaviour… by rewarding better behaviour, the actuarial dynamics improve considerably, resulting in savings across the business”.

Other companies gaining first-mover advantage with this new technology combination include the likes of Coca-Cola, which used Google’s cloud platform to create its 2014 FIFA World Cup ‘Happiness Flag’ (a mosaic flag made from thousands of images sent in from more than 200 countries). Other big names include IBM, HP, Microsoft, Amazon and Adobe, which in 2012 shifted its design software suite to the ‘creative cloud’, a move which allows for the collection of data and regular updates for monthly subscribers.

Recently, engineering giant Rolls-Royce moved its global HR function to the cloud. The company told Computerworld UK that its Workday Time Tracking innovation would allow the group to “gain the agility and speed it needs to support continued growth and the ability to access and analyse real-time workforce data for better decision making”. Rolls-Royce also said the move would help its managers to better gauge performance and recognise talent by ensuring deeper insights into the workforce. How? By enabling them to access information and workforce analytics at the touch of a button.

While these are big-name examples, it’s important to note that neither big data, nor the cloud, are the preserve of multinationals. In fact, smaller, more agile companies, with flatter organisational structures may well be the ones worth watching in the future. As Internet Solutions’ Wayne Speechly told CNBC Africa’s Power Lunch in August 2014: “Many smaller organisations are now able to get access to these tools because big data, cloud technology and the availability of that information just makes it that much more easily accessible.”

Take Hasson, for example, whose future plans include a drive northwards into Africa, rolling out SYNAQ’s services and thereby giving African businesses access to the same cloud platforms used around the world to support innovations like big data, social media and mobile. “The future of SYNAQ depends on our ability to expand into the rest of Africa. The impact of cloud computing in the region will be far greater than the impact here in South Africa; just like the impact of mobile leapfrogged that of fixed lines,” explains Hasson, whose company is exploring expansion into five African countries.

And, where the cloud goes, make no mistake, digital innovation and unconventional thinking will surely follow.