Brands and retailers have been obsessing about the millennials for some time now, but there is a sudden shift of interest to the next generation: Generation Z. With no source of income this seems odd. So why are businesses are taking such a keen interest this teenage demographic? 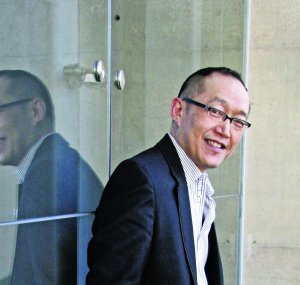 Brands and retailers have been obsessing about the millennials for some time now, but there is a sudden shift of interest to the next generation: Generation Z. With no source of income this seems odd. So why are businesses are taking such a keen interest this teenage demographic?

If you have never heard of a YouTube channel called EvanTubeHD, but have children between the ages of 8 and 13, ask them. It’s likely that they could be part of the 1.5 million group of followers who tune in daily to watch a young boy called Evan give reviews on toys, which incidentally is his pocket money, revenue stream. Welcome to the world of Generation Z.

Born around the mid 1990’s (like South Africa’s post-94 Born Free generation) this 17-and-under age group is starting to come onto the radar of major global brands and retailers, who are taking a keen interest in understanding what makes them tick. With only their pocket money as disposable income, this sudden commercial interest seems misguided, until you understand their world and the knock-on effect it is having on household spend.

Let’s start with the basics. This is the first generation of true digital natives. Millennials, while very tech savvy, still had to adapt to and embrace new technologies, and even social media platforms. Gen Z has no comprehension of a world without Google, the Internet and Smartphones. What we call new technology is simply the air they breathe.

They are also a post 9/11 generation and have witnessed, first hand, the harsh realities of (what we now call) the Great Recession. Terrorism, xenophobia, random high school shootings, climate change and cyber bullying are part of their lives and reality. They’ve had to grow up quickly as their parents have also hammered all these threats home to them.

At the Women in the World Summit in April this year, Noreena Hertz, an honorary professor at University College London, presented a research paper on Generation Z, which she prefers to call Generation K, in reference to Katniss Everdeen, heroine of The Hunger Games, the best-selling young adult novel, and now movie and series set in a dystopian world.

She made the point that Gen Z’s world is “less oyster and more Hobbesian nightmare. Al-Qaeda and Isis have been piped into their Smartphones and they have witnessed their parents lose their jobs. They are a group for whom there are disturbing echoes of the dystopian landscape Katniss encounters in The Hunger Games’s District 12. Unequal, violent, hard.”

As a result their outlook on life as well as their own future is remarkably different to teenagers of other eras. Surveys by American research company Cassandra, revealed that 75% of Generation Z worries about terrorism and 66% worry about climate change. 43% of 7 to 13 year-old Americans feel that school violence and shootings will have the biggest impact on their generation; even bigger than the invention of social networking and the election of the first black President.

Research on South African Gen Z’s (lets call them Gen ZA), reveals similar “adult” concerns. Unemployment is a big worry for Gen ZA where one in three 18-to-25 year olds is without a job. It’s therefore not surprising that 86% describe wanting a job as a major concern and 77% are concerned about debt. South African teens are also aware of how government corruption impacts their lives and communities directly in the form of non-service delivery. 61% said the gap between rich and poor is harmful to their generation.

However, while their outlook is framed by a world that is “Unequal, violent and hard”, Gen Z are already prepping for their future to ensure they do not fall into the same trap of unemployment and debt and have formed a tenacious and resilient attitude to any problems that life might throw at them.

This behavioural pattern is one of the reasons why they are having such an impact on household spend. If a family needs to buy an appliance, book a holiday or plan the meals for the week, the Gen Z in the family inevitably takes on the task of doing the research before a purchase decision is made. 93% of Generation Z's parents admit their spending is influenced by their offspring, 74% influence family apparel purchase decisions and 73% say they influence the weekly dinner menu.

According to the Chamber of Commerce, in America alone, Generation Z has a combined buying power of $43 billion and influences an additional $600 billion of family spending. But it’s not just their influence on what items a household buys, but also a wide spectrum of factors that go beyond price, fashion and aspiration. For Generation Z, value is determined by looking at how an item is made, how long it will last, its environmental impact and whether they really need it. They’re concerned with ethical consumption and 66% claim to care about climate change. Labels such as fair trade, ethically sourced and low carbon impacts are all important in the purchase decision process. As future consumers, this is a complex bunch, hence the commercial interest in this demographic: they really have the potential to be game-changing consumers

For example, according to a US Cassandra Daily report, only 26% of Generation Z makes impulse purchases. More than 50% of Generation Z identifies themselves as deal hunters. 57% also say they research products more than they used to before making a purchase. They have a ‘cost-per-use’ mantra and are mindful of the ‘resale value’ of their possessions. They choose to save up and buy more expensive high-end product designed to last that can either be resold later or used for years; outlasting cheaper, disposable consumer products. 54% of American Generation Z's surveyed say they prefer to spend on quality over quantity. For mass, fast fashion retailers, this should be a red flag.

So while Generation Z may not have disposable income, that’s not to say they aren’t already rectifying that situation, which brings us back to EvanTubeHD. Their downtime is productive.

89% say they spend part of their free time in activities they consider productive and creative instead of just hanging out, so while previous teen generations played with Barbie dolls and rode their Chopper bikes around the neighbourhood, Generation Z are creating revenue streams from their how-to videos on YouTube, just like Evan. Nearly 80% would like to find a way to make their hobby their future job and over 70 % report that they would like to be entrepreneurs: and some already are.

Kitties Mama is another YouTube channel featuring three teens from the same family. They post a variety of daily, how-to videos and their channel receives 30 million hits a month. Their mother now handles the social media side of their business, and they are being home schooled so that they can meet the production demands of their enterprise.

Another insight into this entrepreneurial spirit is the role models that Generation Z have. At 18 years of age Malala Yousafzai is already a Nobel Peace Prize winner and most of the Silicon Valley start up entrepreneurs are already onto their third company at the age of 25. This not only embeds a strong “can-do” attitude, but, surprisingly, another strong characteristic of regarding failure as a badge of honour. Compared to millennials, Generation Z sees failure as a means to learn and improve their life skills. This might have a lot to do with the strong gaming culture of this digital generation where getting to higher levels within a computer game, requires determination and repeat efforts.

Some research companies are already of the belief that this tenacious approach to life will result in Generation Z becoming the landlords to the commitment averse Millennials. I can believe that. According to Office Team, an American recruitment company, 32% of Generation Z already believes they will be managing employees within the next 5 years. They want to make the world a better place, and they have a game plan to do it.

Generation Z might be less hopeful, but they are more realistic, more action-orientated, less ethereal and have a sustainable outlook that is hard-wired in reality. 77% understand they will need to work harder compared to those in past generations to have a satisfying and fulfilling professional life.

I call them “the old souls of the digital world”. They are already prepared for the future.

Are we prepared for them?