From Westminster to Woolies

In 2013 Susie Squire was at home in the hallowed halls of Westminster. Her work address was 10 Downing Street and she enjoyed privileged access to British Prime Minister David Cameron’s inner circle. Today she’s Head of Corporate Communications & PR at Woolworths. A different ball game perhaps, but the pillars of great PR remain the same. 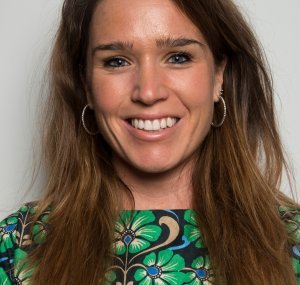 At the heart of effective communication and marketing, Squire told Acumen, is great PR. “Great PR is about honest, two-way communications with whichever stakeholder you’re trying to reach. I think great PR is open, transparent and authentic. It’s collaborative. Those would be the key words I would say that distinguishes great PR from good PR. Anyone can send out a press release and ring up a journalist. Great PR is more than publicity.”

Although she has ties to South Africa, Squire’s previous role was as Press Secretary to the UK prime minister. Prior to that she was Head of Press for the UK’s Conservative Party and, before that, Special Adviser to the Secretary of State for Work and Pensions. However, with 18 months under her belt in her new role at South Africa’s second-biggest retailer, Squire has had time to reflect on the local landscape. What has struck her is that fact that South African, and indeed African, companies are entering a “brave new world in terms of reputation management”.

Squire explained: “The way companies used to handle PR and corporate communications is outdated. Now even smaller businesses are dealing with reputation issues on a daily basis, largely due to the advent of social media.  Customers and other stakeholders are now able to voice their opinions immediately and in a very public space.  As we move from traditional media to social media, the whole world of reputation management in PR has become much more challenging.”

In an interview with News24, Squire displayed the subtle messaging which is part of a practiced PR arsenal. She addressed the issue while still sliding in a positive: “Crucially at Woolworths we source over 95% of our foods locally, here in South Africa. We are a proudly South African company. The only time we get anything from abroad, whether it’s from Israel or Spain or Greece or Kenya, is if we can’t find it here locally, because it’s out of season and our customers would like it. To go to the point around Israeli sourcing, we absolutely understand that the BDS have a point of view on Israel and on Israeli products, what I would say … is that we only currently, out of thousands of products in our food stores, have three from Israel, which are figs, pomegranate seeds and pretzels. They are clearly labelled, in line with the South African government guidelines, so our customers have the right to choose.”

Then she came back to her primary message: “We have no deeper relationship with … the supplier we work with in Israel than the suppliers we work with in Spain or Kenya. So I think it is quite wrong to draw any political conclusion from the fact that we get the odd food item from Israel. We are a South African retailer. We create South African jobs for South African people. And we are not in the business of foreign affairs or politics.”

By mid-2015 the debate might have moved out of the mainstream media, but the BDS’s #BoycottWoolworths campaign was still very much in evidence on social media – specifically Twitter – highlighting the power of social media to democratise information and opinion, and give a voice to people who previously didn’t have one.

This is something of which Squire is well aware. Indeed, social media is both a trend and platform which will surely shape the future of the PR profession. “Many people say that social media is incredibly harsh and often negative. However, if you are seen to be transparent, quick to respond and engaging genuinely, social media can be amazing for having a conversation with your customers, your voters or your stakeholders,” stresses Squire.

Far from being a cause for alarm, Squire sees this as an opportunity. “What’s exciting, if you are in our field of work, is that nowadays pretty much every company accepts the need to be proactive in terms of managing their reputation and their stakeholders. They need to communicate their story, their vision and their people much more effectively.  It’s exciting, but it can also be a little scary. We are in a world where you can run, but you can’t hide.”

This dynamic new world goes some way to explaining why a high-level press secretary would turn her back on UK politics in favour of an Africa-based retailer. “What I did in politics prepared me very well for coming into Woolworths,” explains Squire. “It’s a business that is both challenging intellectually and is growing to become this huge Southern Hemisphere retailer.”

In politics you are persuading someone to vote for you. In retail you are persuading someone to shop with you, explains Squire. “At another level, Woolworths is a huge agent for change and social good in the countries in which it operates. Coming out of politics, I obviously have quite a view on society and want to feel I am at least making a positive impact in this respect. A big part of what attracted me to Woolworths was the Good Business Journey (a programme launched in April 2007 as a formalisation of Woolworths sustainability commitments).”

There is a definite thread linking her previous life and her new life, believes Squire. But the commonality lies in being a communications professional first and foremost. “I have always been in positions where I have a huge amount of respect for the institution and for the people with whom I work. That’s what attracted me to Woolworths,” she explains.

Early exposure to the media (Squire gained work experience as a features writer while studying her Masters at the University of Cape Town) has also stood her in good stead in terms of understanding the pressures and complexities of the fourth estate. “I loved working at Condé Nast,” she recalls. “The editors taught me a lot about professionalism, about how I present my work and, importantly, the demands and needs of the media. It taught me about deadlines and how much goes into producing a single article. Part of the reason I was able to work at such a high level in London was because I always understood the needs of journalists and was always willing to help them.”

Speaking more broadly, Squire admits there are aspects of PR and marketing which are often overlooked by businesses. “Stakeholder engagement is incredibly important. In terms of where global trends are heading, just because a company says something, it doesn’t mean the general public will buy it anymore,” she notes. “Most businesses have traditionally focused on the press and investor audiences, but it is the third-party space that has become more and more important. Traditional media and the news agenda has become more of a conversation than one-way traffic.  Businesses need to recognise that.  Communication is more ‘dialogue’ and less ‘broadcast’, forming a two-way conversation.”

This shift has heightened the strategic importance of good PR and marketing. And Squire is well placed to comment on this development. “South African businesses have always taken traditional marketing very seriously, but what’s been fascinating for me to see in South Africa is how people are moving away from a traditional marketing approach of buying media, putting an advert up and telling you what’s great about them, to more of a public and stakeholder relations influencer strategy,” she says.

“In South Africa, and much of Africa, traditional print media is not consumed by the majority of the population. Not every single person will read a newspaper, but they have a mobile phone. Because of mobile technology, people can engage in the conversation on any given day. I do think that South African companies are increasingly as aware as companies anywhere in the world that they need to be part of the conversation, and need to be active in managing their reputation and communicating with all their different stakeholders."

Susie Squire is no stranger to the Mother City, having completed her MA in English and Political Philosophy at the University of Cape Town (UCT).

Acumen asked if this was a factor in deciding to relocate back to South Africa? “Totally,” said Squire. “I grew up partly in South Africa and had the great fortune of studying at university here. When I was in the UK I missed South Africa a great deal because I had some of the happiest times of my life at UCT.  I absolutely love South Africa and I always have. I love the people, I love the country and I love the energy. I also believe that the best days of this country are in front of us and not behind us.”

There is also a family connection to one of South Africa’s favourite pastimes: rugby. Squire’s father, Jeff, is one of Wales’ most admired rugby forwards and a three-time British Lion.

“The reason I originally came out to Cape Town was because of my father and I think in terms of my life and my values, my father has played a huge part in shaping everything that I do,” says Squire. “I admire him more that I could ever say and a lot of that came through our time here when he was both playing and coaching rugby at Wits. I grew up in a sporting family and on the touchline of many rugby pitches. I feel very at home in the sports world here and I love the passion of the South African people. When I think of Springbok games in South Africa, it reminds me of the South African optimism and the spirit of Ubuntu, which I admire.”