Dying for a Paycheck

So you want your company to outperform the competition? What do you need to do?

The traditional answer is force employees to work extremely long hours and take work home with them, drive them as hard as possible, tongue-lash them if they don’t perform (really, don’t take any prisoners or suffer any fools) and slash all costs like medical aid and pension fund contributions to an absolute minimum. In other words, really sweat the assets – especially the human ones. Right?

Well, no. In fact, according to a new book – Dying for a Paycheck by one of the world’s acknowledged experts on HR – Jeffrey Pfeffer, if you follow that course of action, you’ll do irreparable harm to both your employees and your company. The book’s subtitle sums it up: How Modern Management Harms Employee Health and Company Performance – and What We Can Do About It.

Acumen editor Chris Gibbons spoke to Pfeffer at his home in California and began by asking him why these heroic, super-tough, high-performance workplaces turn out to be highly toxic or worse even – deadly?

We’ve got people who are working way too long hours, under conditions where they don’t really control the conditions of their work, so they’re facing high job demands and low job control. Oftentimes of course in today’s economy, with economic insecurity, there come some lay-offs and unplanned changes in their shifts and therefore unplanned changes in their income from one week to the next. All of this creates stress and stress creates ill health. We’ve known this for a long time. We know the pathways through which stress elevates cortisol, and the constant presence of cortisol in the bloodstream actually creates quite a number of physical problems. In some sense none of this is new and my book is an attempt to bring this together, to get people to pay attention to the enormous toll that work environments are having on humans, and – by the way – on company performance.

I am sorry to say, or happy to say, depending on your perspective, that there are many female toxic managers! Of course, the individual manager bears some responsibility, but these are really a consequence of organisational cultures that permit managers to put undue stress on their employees, and then, in some cases, actually encourage managers to place undue stress on their employees. If the senior person says you’ve got to get the work done and I want you in the office all the time, and I’m going to do as somebody in a medical software firm once did, writing an infamous email, complaining that the parking lot wasn’t full enough at eight o’clock at night, I would not blame the individual managers in that organisation for overworking their employees. This is a culture which has been created by the senior leadership.

When I was a young manager – more years ago than I care to remember – I was always told: “hard work never killed anyone”. When does hard work become dangerous?

In Dying for a Paycheck, you single out several key practices – lay-offs, for example, and their accompanying economic insecurity?

Lay-offs have been associated – not surprisingly – with a doubling in the rate of suicide. You can see now in New York City, taxi drivers, because of competition from Uber, can’t make money and are not surviving financially in any other way either: they’re killing themselves. Lay-offs are extremely toxic and, by the way, don’t help the company either.

One of the core themes of Dying for a Paycheck is that the ‘drive ’em till they drop’ management style does not have any beneficial impact on the company’s bottom line. Quite the reverse, in fact?

That is right. It would not surprise anybody that the higher your levels of stress on the job, the more likely you are to quit. We also know that turnover is expensive. It should not surprise anybody that when you work sick, you’re not as productive. And it should not surprise anybody because we’ve known this for decades: giving people more control of their work, i.e. more autonomy, increases the level of engagement and increases the level of motivation and therefore increases their performance. And it should not surprise anybody, but might, that studies of the consequences of lay-offs find that they do not increase stock price, and they do not increase profitability, and they do not increase productivity. And that people work better and are more effective when they are able to deal with their family obligations and have less work-family conflict and the stress that comes from this. So, companies are doing a bunch of things that aren’t making them better, but they are certainly extremely toxic to the workforce. And there is literally a death toll that can be attributed to some of these work practices, which are in the aggregate and as well as individually, as harmful as second-hand smoke, a known and regulated carcinogen.

One of your chapter headings says it all: “No health insurance, no health.” We call it medical aid here in South Africa, but whatever term you use, if you don’t have it, it can be a massive problem?

Yes, and the US, of course, is one of the few leading, industrialised countries that ties health insurance to whether or not you are employed and to what your employer decides to do about that health insurance. I mean, if your readers wanted to become even more depressed than they are from this conversation, they could go to the Gallup website (and there’s also US government data on this) and ask the following question: what percentage of people are unable to fill a prescription, or receive medical care during the preceding year, because they can’t afford it? In the US, according to Gallup, one-third of the respondents said they had either foregone filling a prescription, or had failed to see a doctor because they thought they could not afford the doctor visit. It should be pretty obvious – but people have in fact studied this as well – that when you don’t access medical care in a timely fashion, that adversely affects your health.  By the time you do show up, the disease is more advanced, you’re not getting preventive screenings and prevention is of course much more effective than remediation. So, no health insurance is very bad for health. In fact, the absence of health insurance in the US is probably killing somewhere between forty and fifty thousand people a year.

More and more companies – countries, even, like France – are beginning to realise that laptops, smartphones and email need to stay in the office, every evening and over weekends? Are we making progress – or not?

Are we making progress? I think we’re making some. We’re not making sufficient progress and it’s not coming fast enough. There are countries, France is one, and the UK, I think, is another – although that goes back and forth – that recognise that particularly for a country that runs a nationalised health system, like the UK or France or most of the other countries in Europe, that when you permit companies to make employees ill, those costs are passed on to the general public in the form of increased numbers of doctor’s visits and disability claims, etc. So these countries are trying to do for the social, for the human environment, that which they did decades ago for the physical environment. Which is to say, we are not going to permit you to externalise your costs onto the broader public. As we’ve done with environmental or social pollution, you need to either prevent or clean up your own mess. But this has still not gone quite as far as it should. Many governments still believe that stress is an inevitable part of work – which, by the way, it’s not – and that this is something that we just have to put up with in the modern economy.

How should a senior executive reading this article begin to discover if there really is a problem in his or her organisation?

It turns out there are a bunch of measures that you can look at. One simple one – depending upon your access to this data – is to ask what drugs your workforce is taking? There’s now, again, systematic evidence that if a high percentage of your workforce is on antidepressants or other psychotropic medicines – maybe sleeping pills, maybe ADHD drugs to keep people awake – when people are psychologically as well as physiologically stressed and feel bad, they’re going to do things to medicate themselves. Some of this, of course, is going to be self-medication through alcohol and over-eating and maybe taking drugs that don’t appear through the pharmacy. But a lot of this will be, in fact, through prescriptions. So you might look at prescription data; what percentage of your people are on antidepressants? It seems to me that if people come to work for you and they go on antidepressants, that’s probably not a good sign.

That’s one measure. Another is a single-item measure of self-reported health, which basically asks people how healthy they feel on a five-point scale? Studies have shown that this prospectively predicts mortality and morbidity down the road. Even controlling for current health status. So you can ask people how healthy they are and hold yourself accountable for moving that indicator in the right direction. You can certainly look at prescription drug use and see if that is indicating that your employees are under enough psychological stress, that they are getting lots of psychotropics to help them cope.

Once you have a truly toxic and dangerous culture in place in an organisation, how difficult is it to change?

I don’t think it’s difficult to change at all as long as you’re serious about it. You need to decide what you want to do. You can certainly do things to help provide people with social support. You can certainly do things to try to end the micromanaging and the absence of job control that most people experience as stressful. And you can certainly do things to signal to the people in the organisation that we take human health and human sustainability seriously, just as we take environmental sustainability seriously. You do that by the senior executives modelling the behaviour they want other people to engage in, and by them not tolerating people who are abusing their workforce. If I said to you, we’ve got an employee who has this enormously expensive piece of equipment, which he is overusing and not properly maintaining and therefore putting the well-being of that piece of physical equipment in danger, we would probably fire the person. We’d say, look, you are damaging a very expensive piece of equipment that we spent a lot of money to purchase. The analogy, I think, is clear. Companies spend a lot of money and a lot of effort trying to recruit a wonderful workforce; we should take the preservation and maintenance of that workforce as seriously as we do the preservation and maintenance of the capital equipment that companies have invested in.

Six key takeaways from Jeffrey Pfeffer’s Dying for a Paycheck:

·      Toxic workplaces cause ill-health and sometimes death amongst employees.

·      If you feel happy, healthy and relations with your family are good, you will be more productive at work.

·      Stress and anxiety are not automatic by-products of a job.

·      Laying people off is a false economy and benefits neither the bottom line nor the share price.

·      Skimping on employee health insurance (medical aid) is also a false economy with the resulting costs often passed on – unfairly – to broader society.

·      Employers need to give as much care and attention to nurturing healthy employees as they do to maintain expensive machines.

Dying for a Paycheck by Jeffrey Pfeffer is published by Harper Collins USA at R420. 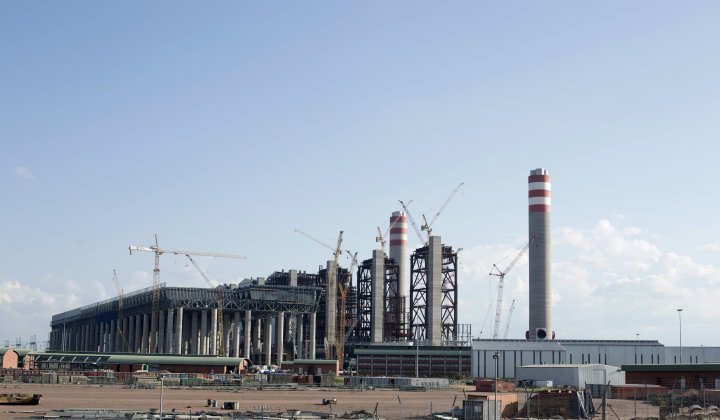 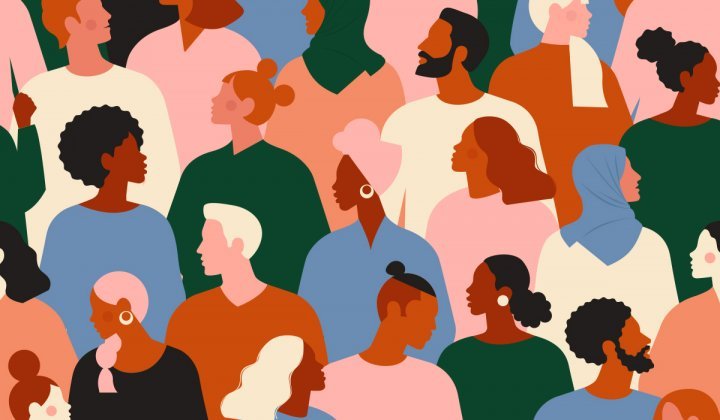 Africa, Our Internationalisation Destination of Choice 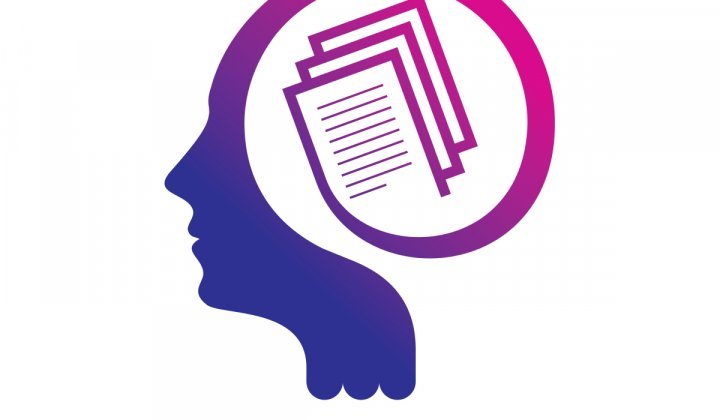