Are walls the only way forward for South African architecture and urban design?

South Africa’s walled sectional-title estate approach - epitomised by listed property developer Balwin Properties’ The Blyde in Tshwane East, The Polo Fields in Waterfall and Ballito Hills in KwaZulu-Natal – continues to attract investors. The group’s revenue was up 6% for the year ending February 2019 to R2.6 billion and, despite the sluggish economy, a dividend of 14.51c per share was declared in May 2019.

Mega developers like Balwin tip the scales when it comes to security and peace-of-mind living, but detractors question whether hectare upon hectare of walled, lifestyle estates simply reinforce the lines drawn by divisive apartheid-era planning efforts.

To date, policy and political will have failed to alter the urban management narrative, leaving it up to money to do the talking. But a growing business case for inner-city development is tapping into the current ‘business purpose’ narrative by highlighting the interplay between return on investment and positive social impact.

In Johannesburg, the likes of Local Studio’s Thomas Chapman is challenging established ways and gated community architecture in favour of fresh urban design with a social development flavour. He is also the architect behind the interactive GIBS Co.Central collaborative working space as well as completed projects such as Braamfontein Gate on Smit Street, Treviso Lofts in Westdene, Broadwalk Place in Midrand, and Bruma Urban Village.

Close to the streets

Chapman, whose office atop a refurbished Victorian-era corner shop is just a stone’s throw from the Brixton Tower, talks openly about having a ‘relationship with the streets’. An intimate connection with the city that echoes the sentiments of another key inner-city player, Paul Jackson, co-founder and CEO of property financing company TUHF Limited. “We are invested, we are street level, and we love the inner city,” says Jackson, from TUHF’s Braamfontein office. “We walk the streets comfortably and we try to make sure that we’re integrated by being nimble and having local knowledge. That’s what makes us different from local banks.”

Established around 16 years ago, TUHF specialises in big metros and inner cities in decline. “If you have a great block of flats you want to do in Sandton, we wish you luck… but if you want to do it in Hillbrow or the centre of Durban, we’d love to talk to you,” says Jackson.

Inspired by the vision of precinct-wide projects such as eKhaya Neighbourhood in Hillbrow, where Savage+Dodd Architects undertook the first upgrade of a ‘bad building’ in 2002, and the Johannesburg CBD’s flagship Maboneng, Jackson explains that TUHF’s approach hinges on creating mixed-use, mixed-income spaces where people can live and work. This, in turn, deepens the local economy.

It’s about impact through scale, he says, adding: “We want to affect hundreds of thousands, if not millions of people by creating new areas. Our focus is to make sure that people understand that investing in inner cities is a good investment, for straight commercial reasons and for a whole range of other reasons [around] the concepts of inclusive growth and transformation, and ‘massive small’.”

‘Massive small’, the urban design technique first mooted by Kelvin Campbell, chairman of Smart Urbanism in London, is centred on taking small incremental steps. It is about small and medium-sized initiatives with massive outcomes. As Campbell said during a 2018 Stellenbosch Institute for Advanced Study lecture, “The key to fixing our broken patterns of urban development does not lie in grand plans or giant projects. Rather, it lies in the collective wisdom and energy of people harnessing the power of many small ideas and actions to make a difference.”

We are invested, we are street level, and we love the inner city

The liquidation in late-2018 of the company which began the Maboneng turnaround, Propertuity, put a dent in this rosy business case. But Jackson believes this project will continue in much the same form due to the number of invested stakeholders, TUHF included. Chapman, too, is continuing to work in the precinct and its neighbouring suburbs, most recently for Ithemba Property as part of the 350-odd unit Vuja De apartment block in New Doornfontein. Ithemba is also rolling out its Jewel City ‘live, work, play’ buildings The Emerald and The Onyx in Maboneng in early 2020.

“Vuja De is around a R70 million development, so they aren’t massive – they aren’t Sandton money – but they’re still big. You are seeing that level of development,” says Chapman, who admits that a “large portion of the city is a construction site now, it really is. A lot is getting built and a lot is happening.” Jackson agrees: “There is big demand for self-contained spaces of around 16m2. You cannot build those things fast enough, throughout the country.”

Most architects are playing in this market now, confirms Chapman. “The average unit size there is about 17m2. The demand is so huge, the last five years have really been a race to the bottom to see how small we can make apartments.” Jackson believes that this presents an opportunity to embrace both transformation and inclusion, while still harnessing the ‘massive small’ concept to chip away at the housing deficit.

“Currently our book is running at around R3.4 billion. Over the years, we’ve lent about R6 billion and financed almost 40,000 flats by supporting entrepreneurs downtown,” says Jackson, explaining that those 40,000 units – made up of an average of 20 units here, 60 units here and five units there – represent a volume that is about three times the size of Cosmo City. Often these are re-purposed projects in established areas, ensuring that existing infrastructure can be tapped into, from transport to electricity and water services. This densification and rejuvenation approach also helps to address the “massive urban sprawl problem”.

There is big demand for self-contained spaces of around 16m2...

Backing entrepreneurs, particularly would-be black developers, to take advantage of inner-city rejuvenation is a key driver for TUHF but, stresses Jackson, “it’s all done on commercial terms. We are a commercial company with real shareholders who demand real returns [around 18%]. We fall into the impact investing space and our intention is to grow to around R10 billion, just by continuing to back ordinary South Africans.”

He adds: “If you look at our book, our arrears and bad debts are below the commercial banks, the caveat being that commercial banks have a wide range from home loans to overdrafts, and we are just a commercial property financing company. It’s an investable space and we believe it needs all the help it can get.”

A new breed of developer

Josephine Tshaboeng, a former domestic worker-turned-janitor, is a case in point. While managing a downtown building called Harmoniehof, Tshaboeng was given the opportunity to buy the property. She signed the deed of sale but was turned down by three banks before TUHF lent her R6 million, recalls Jackson. “The collateral she had in the building she borrowed, at a good price, from the Suid-Afrikaanse Vrouefederasie. She repurposed the building and now has 123 students, all girls, who each pay her R3,000 a month. And she has a building worth at least R15-20 million that is right opposite the University of Johannesburg on Saratoga Avenue.” The deal was entirely commercial, adds Jackson: A 15-year loan, at prime plus 3.5%.

Chapman has also entered the development space. “This building [The Brixton, which comprises two apartments, an office and a coffee shop] I developed myself with a partner and we’ve also bought a little piece of land around the road. It’s not big-stakes stuff, and it’s honestly not because the returns are that high. But I want and need to see some changes, some examples, and the only way I see that happening is to become a developer,” he says.

Chapman is philosophical about the concerns around crime and the perceived dangers of inner-city living. “You can’t blame someone for wanting their kids to be safe, and people don’t have a better option,” he admits. But that should not stop architects like himself from pushing the boundaries and “trying to create something more urban”.

Right now, large urban migrant populations are putting the focus squarely on the rental space, which offers yields above 11%, says Chapman. This represents the best option for developers in the R20 million-plus project mark, but it does have social consequences. “I’m critical of this overemphasis on rental housing to the extent that we’re seeing the effects on precincts that are feeling a bit like low-end hotels, where nobody lives in their apartment for long enough to call it home. There is no sense of ownership and that influences the streets,” believes Chapman.

Right now, the inner city is in an intense building phase with money to be made. But Chapman does not feel the rental focus will last forever. “I think they [developers] know it too. There is a reason they have bond terms of 10 years. I think we probably have another 10 years of this before it starts changing. We are already seeing indications,” he says, pointing to the case of Braamfontein Gate. “The biggest residential conversion in that part of the city, it’s been rented quite successfully now for the past two years [at R4,000 for a one bed and R6,000 for two bedrooms] and the main developer is now going to sectionalise it. That’s a big step. I’m interested to see what effect that has on the prices and that part of the city.”

You can’t blame someone for wanting their kids to be safe...

A moment in time

Right now, however, as the carcass of old Johannesburg and city centres around the country are being resurrected, there is an opportunity to create entrepreneurs and drive what Jackson calls real land reform.

Backing traditional black entrepreneurs, who make up around 60% of TUHF’s customer base, holds huge potential, says Jackson, who points to increased interest from real asset managers like Sanlam, Stanlib, Futuregrowth, Ashburton, Eskom Pension Fund and the Public Investment Corporation. “These guys are starting to like our business because they get a commercial return for their funding and they get all this impact. Lots of units being built, lots of land reform going on, lots of training going on, lots of urban regeneration happening,” he says.

Both Jackson and Chapman point to a moment of opportunity when it comes to inner-city investment and regeneration, and agree that, right now, there is a surge and money is there for the taking. But short-termism remains a concern.

The missing piece, says Chapman, is the city itself and how urban management is rather being handled as a tool to win votes. Too many brick walls – literally and figuratively – must come down before South Africa’s city landscape can really start to change.

·       Inner-city developers and architects believe there is a business case for revitalising decaying cities while making a positive social impact.

·       Johannesburg is “a construction site now… a lot is getting built and a lot is happening”.

·       Demand for small, self-contained spaces of around 16m2 is booming around the country.

·       Inner-city rental property development is piquing the interest of asset managers and investors.

·       Projects address issues of densification, rejuvenation and urban sprawl – they also have the potential to spur on transformation.

·       With rental yields above 11%, is the rental focus detracting from the ambition of building social cohesion? 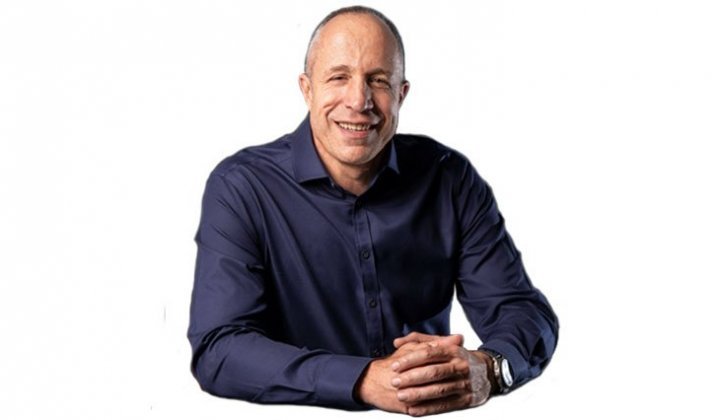 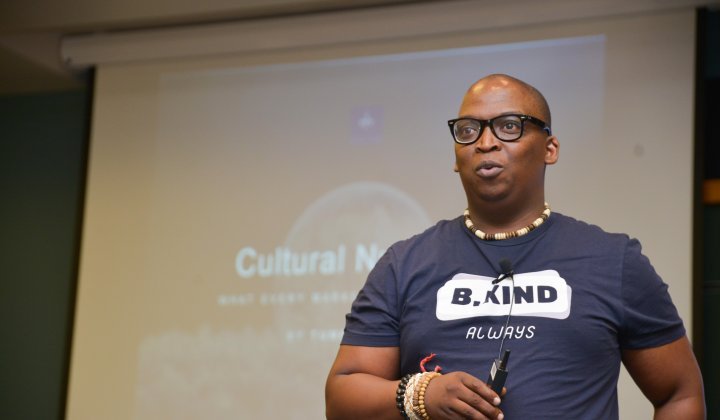 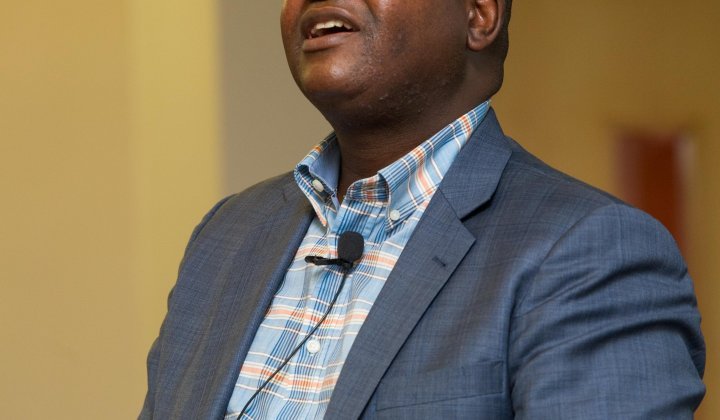 Africa: Key Pointers for Business in 2020