A New Capitalism Out Of Africa?

Africa is said to be the ‘new frontier’. And in this frontier, one economic system holds sway: capitalism. 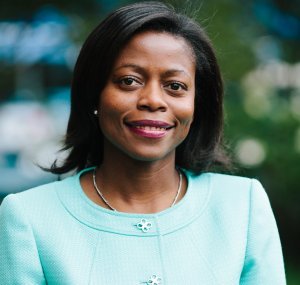 Not long ago, during an afternoon spent lounging in Piazza di Spagna in Rome, I walked into a Frette store for the first time. A haughty sales assistant forbade me from taking pictures of beds made up in the elegant linens the luxe textile store is known for. I walked away with a catalogue as consolation. Later, the Stepford wife in me pored over creations in macramé lace, jacquard and sateen.

From the catalogue, I also learn that Frette merchants in Africa are to be found in Angola, Egypt, Morocco, Nigeria, South Africa and Libya. Despite the snub to East Africa, this is not a surprising list. These are countries that have a critical mass of the kinds of people who might buy such exquisite threads. As more African economies thrive in this era of relatively stability and reasonably free markets, Frette will find even more customers on the continent.

Africa is said to be the ‘new frontier’. And in this frontier, one economic system holds sway: capitalism.

It wasn’t always so. It’s not hard to see why, in the early post-colonial period, there was widespread ambivalence about capitalism. Newly independent nations wanted to demonstrate a clear break with the extractive, exploitative colonial past. But experimentation with socialism and other alternative economic orders has ended.

This is not an argument for capitalism, or against socialism or communism. It is just a realist’s view of the form economic organisation will take in the foreseeable future.

Across the continent, there is undeniable progress in terms of economic prosperity for some. But as the World Bank has warned, this has not translated into commensurate levels of poverty alleviation. Inequality is getting worse.

What will Africa make of capitalism? Will Nigeria practise an even more relentless version of American capitalism? Is Rwanda refining the Singapore model? Or will something new come out of Africa?

I ask these questions because capitalism is in deep crisis in the rest of the world, particularly in the West. In Greece, the UK and other parts of Europe, the left is challenging the prevailing economic order.

The brand of capitalism that prevails in many African countries is tainted by cronyism and predatory elements. Until recently, many African economies have been powered by natural resources, a sector prone to crony capitalism. High levels of state involvement open the door for special interests to seek and buy preferential treatment. Too many business people are engaged in rent-seeking activities, hunting for returns above what is justifiable on the grounds of effort. This has to change.

It is important not to generalise. There are vastly different political economies driving capitalism across the continent. How it plays out in Nigeria is different from Kenya or Ethiopia. The ability of the poor and the marginalised to organise and to demand opportunities varies across countries.

For too long, capitalism in Africa has been dictated from the outside. It is time for African countries to shape this system for their own ends. This is difficult to do in a world that globalised under the Anglo-American way but it is not impossible. Asian societies such as South Korea and Singapore have been able to infuse capitalism with their own values and preferences.

New, sometimes heated, conversations are under way to redefine capitalism and its role in human progress. Collaborative, inclusive, conscious are some of the new qualifiers being thrown about in the search for an alternative capitalism.

Nigerian business leader Tony Elumelu has given it a bash too, coining Africapitalism as ‘the process of transforming private investment into social wealth’ as he told The Economist. Some might say that social progress is the inevitable fruit of capitalism. But history has taught Africa, if not the whole world, otherwise.

As Africans, we need to reimagine the role of markets, private property and innovation for a continent that has seen the worst of unsustainable development. This moment presents an opportunity for Africa to come up with its formula for a capitalism that generates wealth whilst also upholding human dignity and solidarity. Will African leaders take up the challenge, or be doomed to repeat the mistakes of others?