The illegal trade in wildlife is a major global problem and one which affects South Africa directly, most notably through the poaching of rhinos for their horns. A new book, Poached – Inside the Dark World of Wildlife Trafficking, sets out just how extensive the problem is and what needs to happen to bring it to a halt. Its author, Rachel Love Nuwer, is an award-winning science journalist who regu

Is there a one-size-fits-all solution to this problem?

Absolutely not. The solutions for tigers are completely different than those for elephants, versus rhinos, versus pangolins, versus hornbills. One thing that would work across the board, though, is a vast reduction in demand for these products. If we can snuff out demand for each of these things, then there’s not going to be killing. The only reason there’s killing is because people can make a profit.

You write in Poached about changing minds, especially of young people in places like China and Vietnam. Is that one of the keys?

Definitely, and there are signs that it is happening. A young Chinese reporter interviewed me a few days ago, here in New York. He told me that he wanted to change this, “but among all my friends, we all already love animals, we all already think that this is a horrible trade and can’t even put ourselves in the mindset of our countrymen who are doing this.” The same goes in Vietnam. There are a lot of young people in schools and colleges who are interested in this issue, and have no interest in exploiting wildlife. That said, we can’t wait for these young people to grow up and take power and become the major consumers in their country. A lot of species just don’t have time to wait for that.

You also argue that minds are not going to be changed by big, well-funded western charities. Why, and if not, what does have to be done?

Some western charities seem to be doing great work, like WildAid, based in San Francisco, but with offices in Beijing. The thing that will not work, whether it’s WildAid or WWF, or any other big western, or smaller non-profits, is coming in with a western message. You know, “rhinos are so cuddly, we love them, so why are we killing them?” What we need to do in terms of demand reduction is figure out what actually makes consumers tick. That means going in, figuring out what is culturally relevant and what is personally relevant for them. So WildAid, for example, employs Chinese celebrities, people that individuals in China respect and listen to, like Yao Ming, the former basketball superstar, and lots of pop stars and actors. However, there are also various target groups within categories. So, let’s take rhino horn in Vietnam: there are grandmothers who keep rhino horn that they prescribe to their grandchildren when they have a fever; there are wealthy businessmen who take rhino horn shots at the end of the night to prevent hangovers and to show off for their friends. And there are people who take it because they think it’s going to cure their cancer. The demand reduction campaign targeting each of those user groups must be wildly different. You can’t just have a blanket solution to get them all to stop using rhino horn.

Is it fair to say that the key players in all of this are the Chinese and the Vietnamese?

There’s demand for wildlife and their products all over the world. Here in the US, we have a huge pet trade, exotic reptiles and birds, for example, a lot of which are illegally captured in the wild and then laundered into legality through a captive breeding label. However, most demand for endangered species these days does lie in the East, and China and Vietnam are the major culprits.

You write about the deep-seated belief in Chinese traditional medicine, which you liken to religion?

For some of the traditional medicine users, it really is a faith-based system rather than one based on science. And to change someone’s mind about something they have faith in, that they’ve been taught their entire lives, logic won’t work. It’s like trying to convince somebody who is an evangelical that there is no Jesus Christ or God.

Belief in traditional medicine is one thing, but wild meat consumed in restaurants in these countries is also big: pangolin, civet, cobras and plenty more. How do you change that?

That’s going to have to be a cultural shift and in fact, it still does intercept with medicinal beliefs, because a lot of consumers of wild meat believe that the meat of wild animals is imbued with special properties. So, you can eat a snake and your arthritis will be eased. Or you can eat tiger meat and you’ll get the strength or might of that species. But there’s also a degree of showing off: if you’re a businessman and you want to show off to your colleagues or some potential clients, you can go and treat them to a meal of pangolin, or bear, or whatever else is the most expensive, rare thing on the menu. It shows you have not only the money to obtain that thing but also the power to flout the law because all that stuff is illegal in Vietnam and China.

Theoretically illegal. One of the points you make in the book is that there are plenty of laws, all over the world in fact, most of which are more honoured in the breach rather than the observance?

I think there’s a thrill for users to be able to do what they want. In the same way, perhaps, someone in London or New York would love getting their hands on some cocaine and just being the life of the party that way. It shows that you’re above the law, you’re kind of bad in a good way, in an appealing way.

How difficult was it for you as a journalist to gain access to the people involved in the illegal wildlife trade?

It depended on the situation but overall I can say that it was disturbingly easy. If you have someone to make an introduction, or you just happen to be in the right place, at the right time; oftentimes people who are breaking the law, whether it’s selling illegal wildlife in a fancy restaurant in Ho Chi Minh City, or using rhino horn on a regular basis, at their home in Hanoi, they’re fine to talk because they know there’s no threat of getting caught or getting punished. That was one of the most disturbing revelations to me in reporting this book.

I’m an animal lover and probably the worst part was going to a wild meat restaurant and seeing a cobra getting killed in a horrific way in front of me. Perhaps even worse, there was a couple of times restaurant managers would bring out a live civet – a small, cat-like carnivore. They would bring this civet out in a little bag, and the civet would be absolutely terrified, and they’d be swinging the bag around talking about how delicious this civet is, and I should buy it. And, you know, my heart just really went out to those creatures.

Looking specifically at South Africa and rhino poaching, many people here, chief amongst them, rhino farmer John Hume, who I know you’ve met, say that if you want a species to survive, farm it. What’s your view?

We don’t have a 100% answer. If we did, we’d be doing it. As everyone in South Africa probably knows, there’s a really polarised, heated debate between this sustainable use, ‘if it pays, it stays’ camp and the hardcore mindset of some western conservationists, and Kenya’s take, for example: no hunting, no exploitation or use of wildlife; just purely for aesthetic viewing and enjoyment. I try not to take sides. I am from the US, and a little biased because deep, culturally, in my heart, I feel like I can’t relate to people who go hunting for animals or who want to chop up tigers and use their bones.

My issue with legal rhino horn trade is that there’s a lot of people in Vietnam and China who want to get their hands on the stuff, but there are fewer than 30 000 rhinos worldwide. How are we going to supply those people without triggering a huge wave in demand that’s going to simply turn up the heat on poaching of rhinos in South Africa and elsewhere? Even John Hume and his colleagues in the Private Rhino Owners Association in South Africa say that farming isn’t necessarily a long-term solution. They just want the money to be able to protect their animals from this very heightened poaching threat now, until demand can be reduced. I’m afraid that if rhino horn is supplied, demand will not be reduced.

All the evidence is clear. There’s no way to control wildlife products without providing a smokescreen for laundering illegal products. That is exactly why China chose to ban ivory earlier this year, because they supposedly had this very tight control system and it just provided a massive loophole for bringing in tons of poached ivory, which is what triggered the poaching crisis in Africa right now.

Is it all bad news, or have there been successes? And if so, what have been the key elements of those successes?

The key elements are just passionate, dedicated individuals on the ground, giving it their all and finding local, tailored solutions. That was where I found hope in reporting this book. One of my favourite stories comes out of Chad. I’d never thought of Chad in terms of successes. Here in the US, at least, all you hear about Chad is terrorism and famine and things like that. However, it has, what I consider one of Africa’s most striking and outstanding conservation successes at a park called Zakouma. Elephant numbers there were around 4 000 about 10 years ago. It was one of the largest herds in Central Africa. And suddenly, these Janjaweed poachers from Sudan began riding in on horseback, mowing down the elephants with their AK-47s. The herd dropped to around 400 or 450, in less than 10 years, a more than 90% drop. Everybody had written this park off. But then African Parks, a South African based non-profit, was given management of the park by the president of Chad. African Parks came in, completely overhauled the way everything was done, got rid of corrupt rangers, brought in a new team and implemented new training. Now, not only has poaching dropped to nearly zero, the elephant population is growing. If Chad can do it, we can all do it, anywhere, if we just set our minds and hearts to it. 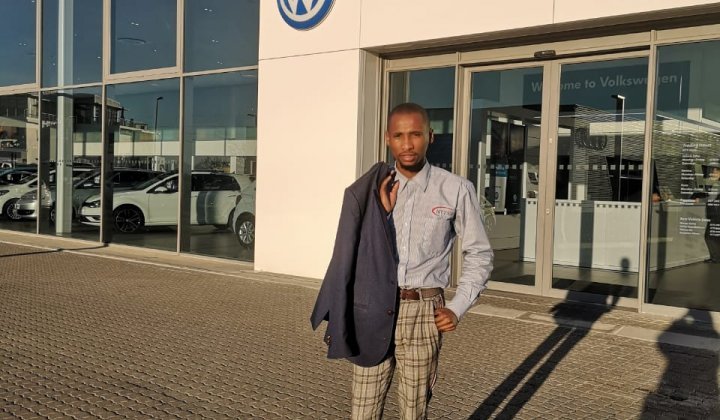 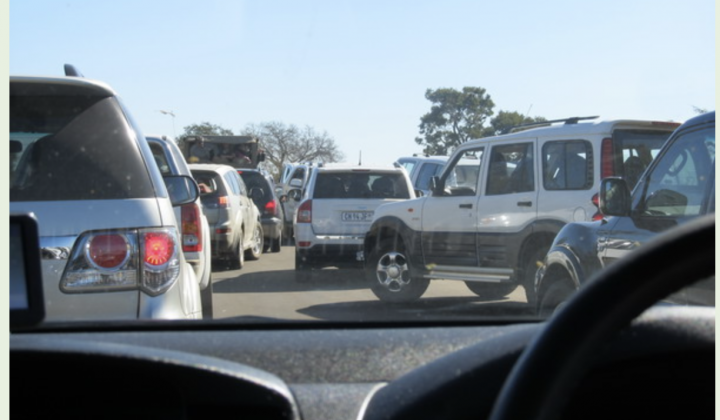 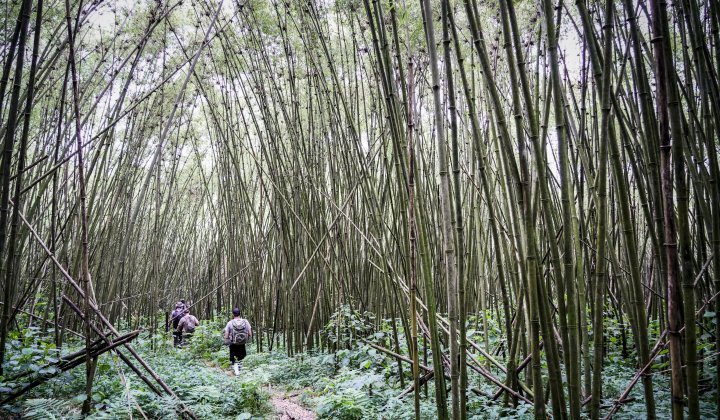