Tapping into the Potential of Online Learning

In 2017, GIBS and Henley Business School were asked by Standard Bank’s Leadership Centre of Excellence to form an unusual alliance. The bank wanted a programme for high-potential leaders from across Africa. But they wanted to work with two academic partners they trusted. Together.

‘Co-create and make magic happen’, was the client brief from Shayne Weideman, head of leadership effectiveness for Standard Bank Group. They did, and a unique pan-African leadership programme emerged. The fast-paced, 10-day programme went on to gain global recognition for its impactful design and delivery collaboration when it won the coveted 2020 Excellence in Practice Gold Award for Executive Education, the global EFMD-accreditation body for business schools’ highest accolade.

The quintessentially African programme was highly collaborative, experiential, and founded on meaningful personal interactions. It required delegates to complete a variety of tasks, from peer coaching to undertaking a personal ‘passion project’, reflecting on learning using visual thinking tools and techniques, interacting with horses, meditating and plotting a self-development journey. The entire experience was carefully crafted to stand apart from run-of-the-mill leadership development interventions.

The #unTAP programme became the most popular and learner-requested leadership intervention across the bank, yielding positive feedback from participants. But it was a highly interactive design and, when March 2020 rolled around and lockdown forced physical distancing and remote work on the bank and its people, the programme management team had to regroup and refocus its thinking towards the digital space – but without losing the impact.

…a crisis favours speed not perfection.

The magic ingredient when it came to shifting into the digital space was the existing trust and relationships between the partners.

“I wanted to pivot the change as a business development opportunity,” explains Gill Cross, head of Learning Innovation at GIBS. “The message was that you should never just wait and see. Covid is going to be with us, on and off, for the foreseeable future. We are going to be in a constant state of lockdown in various countries or geographic nodes and cities. So, saying, ‘We are going to do nothing’ isn’t an option. People still need capabilities, now more than ever.”

Standard Bank accepted that it would be challenging – but not impossible – to replicate the visceral, high-touch #unTAP programme online, and no one wanted to step on the toes of the highly-successful programme. Instead, Standard Bank opted for a light online engagement with #unTAP alumni and other delegates, thereby maintaining the momentum of the programme while buying time for the course designers to explore how a digital shift for the senior leadership programme would look and feel.

The webinar series that emerged as an in-the-moment pivot ultimately reflected the current global reality. It also highlighted the high levels of confidence and synergy between the partners.

“What’s really struck me is that when a partnership with a client is as held and well-developed as it has been by Gill [Cross], that is unbelievably powerful because the trust is there to pivot, evolve and prototype. And this is what we want with a learning journey,” says #unTAP integrator, Jenny Lorenzo.

Cross agrees, stressing that “a relationship is not a programme, but a series of dialogues with clients as co-practitioners” and that her associations “follow me across institutions because they are not programmatic, they are learning and development, a type of fellowship of shared learning practice”. In this instance, the relationship between all the parties had been baked into the #unTAP partnership from the initial design process, and this enabled an honest interaction when the time came in April 2020 to make some quick decisions.

The three partners swiftly agreed that during this challenging time people were desperate for connection. “Now that people are Zoom-ified, there is a new way of working, which means businesses need to redesign their workflows for hybrid work. They need to redesign their rhythm, tone and energy with each other,” says Cross. “Most companies have not yet done that.”

Between them, Standard Bank, GIBS and Henley mutually agreed to a bottom-line number for facilitating the new approach and a two-month custom webinar series was born. It achieved positive uptake during levels five and four of lockdown, attracting between 120 and 170 people and “still offering a connection”, stresses Lorenzo.

Yes, creating a space for genuine collaboration and engagement was sometimes harder using a digital platform, but it was not impossible.

The imperfection of authenticity

In fact, recognising that “a crisis favours speed not perfection”, Cross believes the authenticity of the digital process has been a considerable plus and a profound move away from the staged interventions of the past.

Lorenzo – who described the webinar approach as a “journey towards radical humanity” – and her facilitation team had to be agile enough to adapt the topics and approach, based on themes that emerged in the discussion. “It was a perfect example of navigating complexity. Anything could emerge, and it certainly wasn’t perfect, and that was beautiful. Everyone brought their competencies and their skills sets, and we had to trust that. Yes, there were mistakes and technical challenges, but we worked with what emerged. It ended up as a combination of WhatsApping and listening and picking up themes and focusing on what was happening in the chat. Integrating all of that was profound learning,” she says.

The digital platform demanded greater collaboration between the facilitation and technical team and “took the collaboration between Henley and GIBS to a whole new level”, believes Lorenzo, adding that the vulnerability of the process and the challenges around distilling everything into a single hour forced greater human connection. “To share vulnerability, rather than being this together facilitator all the time, was special.” It also put participants at ease, as everyone worked together to navigate a new and unfamiliar process.

People are desperate to connect...

What was familiar was the use of many of the presenters and storytellers from the #unTAP programme, such as comedian John Vlismas, who spoke about using humour in a crisis, GIBS’ Marius Oosthuizen on foresight, and Maxine Jaffit and Terry Soller on the hot topic of adaptive leadership. Dr. Melanie Prinsloo pushed the boat out with a session on customer experiences in a contactless economy. She shared her customer experience as the owner of multiple businesses in dealing with a variety of banks during the crisis.

All the insights, observations and comments that came through on the chat feed are now informing future design, deliveries and thinking, says Cross, meaning that nothing from the webinar series will be wasted and that the process is, by definition, adaptive.

“Nobody can prepare you for what we are going through in a digital, hybrid workplace. But what is clear is that people are desperate to connect,” says Cross. “And with the Standard Bank response we got the balance between broadcast, connection and authenticity just right.”

Weideman would agree, referring to the custom webinar series as a “resounding success” and declaring: “I am ecstatic with the feedback, ecstatic with our response as partners, and ecstatic that value has been added.”

Now the focus turns to phase two of the approach. And, in line with Standard Bank’s new internal tagline, ‘It Can Be’, it is up to GIBS and Henley – working together with Standard Bank – to make it so. In Weideman’s words, let’s continue to “go forth and make magic”.

The shift to online client engagements is not only pushing academic institutions to remodel the way programmes are delivered for clients, but is opening up cross-regional and geographical opportunities to engagements on a global scale.

“You could blow this whole thing right open,” says organisational development practitioner, Jenny Lorenzo. “Massive opportunities are presenting themselves for international partnerships between business schools. Can you imagine the kinds of thought leaders you could bring into a webinar? The possibilities are endless for international collaborations in learning.”

Gill Cross, head of Learning Innovation at GIBS, agrees that the ability of educational institutions to collaborate is quite different in a world where programmes of the future are delivered digitally. “Where we had barriers before, those might be broken down now.”

GIBS and business school Henley were given a taste of this future in 2016 when a mutual client, Standard Bank, approached the two schools with a proposal that they collaborate to create and run a senior leadership programme together. Cross recalls, “At the time I remember asking, ‘If we asked you to work with Absa, would you?’ The answer was ‘No’. But make it happen anyway. And we did.”

As it turns out, this unusual relationship was a precursor to how the future of business education might look post-2020. 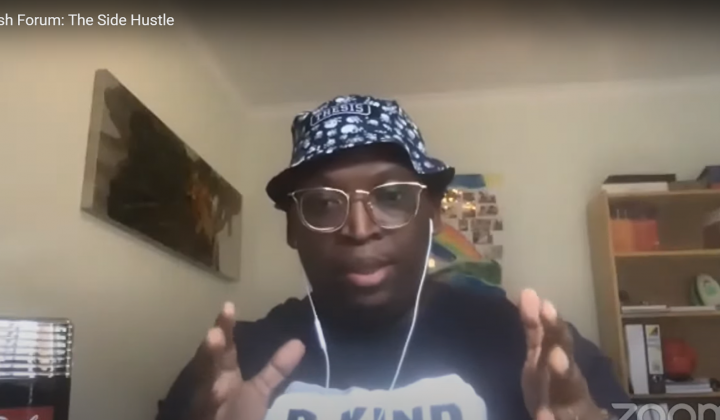 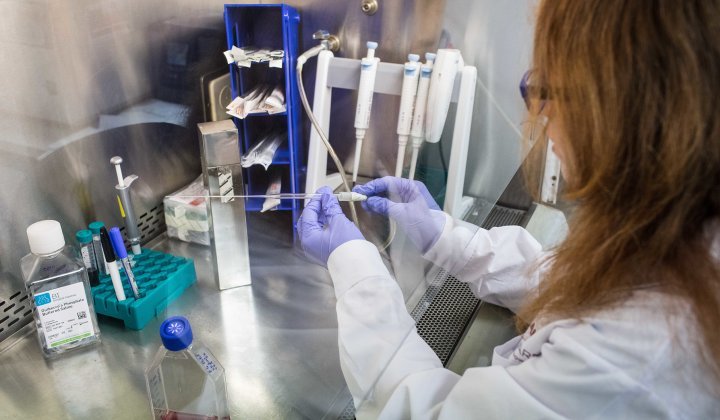 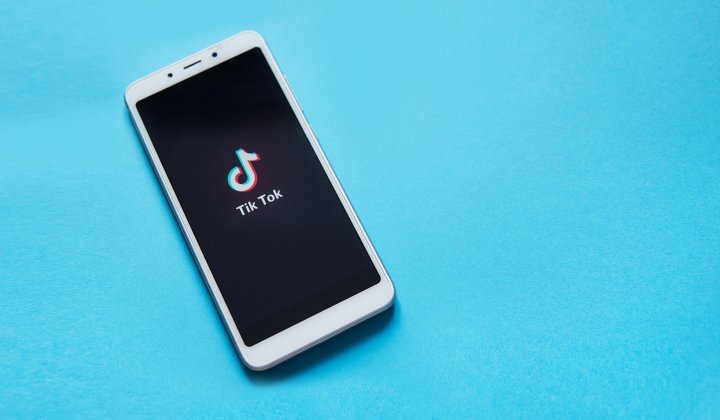