Swimming Against the Tide

It’s not just the allure of the Big Apple that has tech entrepreneur and GIBS MBA Yossi Hasson heading for the east coast of the United States. It’s the draw of a disruptive, dynamic and fast-changing industry that has captivated the world’s imagination: cryptocurrencies.

Hasson joined the ranks of South Africa’s tech elite back in 2004 when he and David Jacobson dreamt up Synaq, an open-source cloud e-mail firm. Eight years later a majority stake in the business, launched with just R900 000 in funding, was sold to Dimension Data’s Internet Solutions for a hefty (although undisclosed) amount. In 2015 Hasson exited the company and became a free agent. He funnelled his energies into starting up Techstars, the mentorship-driven start-up accelerator in Africa, and WeThinkCode, South Africa’s first tuition-free tech talent incubator. Now he’s on the move again, and this time it’s the fast-paced and rapidly evolving world of cryptocurrencies and blockchain calling.

Acumen caught up with Hasson at OR Tambo airport, just hours before he boarded a plane bound for San Francisco, where he was attending a cryptocurrency conference. But the City by the Bay is not his final destination in the States; instead, the Hasson family will be setting up shop in New York.

Hasson’s new business will be headquartered in New York and will focus on international technology businesses that are building using blockchain. But, at this point, he can’t reveal more than that other than to say: “I am going very, very heavily into the cryptocurrency world, so I am going over to head up … to set-up a business that is going to be purely cryptocurrencies and blockchain. I can’t go into details because it hasn’t been announced yet.”

The lure of crypto

Any cryptocurrency doubters who may question the wisdom of this move should heed the insights of Thomas Frey, senior futurist at the DaVinci Institute think-tank in Colorado, who recently told Time magazine: “Cryptocurrency is very much here to stay [and] is going to displace roughly 25% of national currencies by 2030. They’re just much more efficient, the way they run.” He is not the only commentator pinning great hopes on this new industry, with the likes of cybersecurity pioneer John McAfee, South African tech expert Simon Dingle and home-grown Internet entrepreneur Vinny Lingham weighing in in recent years.

It’s a highly competitive world he is stepping into and Hasson admitted to some nerves ahead of the move. “Sure you’d be nervous moving to any new country and trying out something new,” he said, “and while Bitcoin has been around for about nine years, cryptocurrencies is an emerging asset class and it’s an emerging market and its changing at rapid pace, so it’s a whole new world. It’s extremely exciting. But you have to find the gaps, and learn, and that’s going to take some time.”

With his past local successes behind him, Hasson may be going over to the States as South African tech royalty, but he is not oblivious to the old saying that if you can make it in New York you can make it anywhere. It’s a big and bold market and he doesn’t expect any handouts in this fiercely competitive city.

“In many ways, the United States market is far more competitive and far more difficult [than South Africa],” he says. “There is a greater market, so inherently there might be slightly more opportunities and there may be a culture of backing entrepreneurs, and more friendly capital, and if a business fails it’s not culturally shameful, and all of those factors, but in other regards, you are up against far more competition. And when you have an idea showing success you’ll immediately have five competitors who might have better budgets. The legal system is also different, so there is a range of different challenges to planning a business in the United States [than in South Africa].”

I am going very, very heavily into the cryptocurrency world...

He is not blinded by the idea that the grass may be greener stateside, and admits that “in many ways if you are talented and you have a good business in South Africa, you are shielded from a lot of those elements that allow you to scale business maybe a bit slower and with less competition”.

An American dream in the making

But this is a move he’s relishing. In fact, it’s a dream almost a decade in the making, one which dates back to his GIBS MBA global elective to San Francisco. In fact, he admits, GIBS has played a big part in shaping his business successes and aspirations, including helping him to scale Synaq and obtain corporate finance. And this, he says, “by an individual who didn’t have an undergraduate or any other formal background. It was immensely valuable.”

It was as a GIBS MBA student that Hasson was first exposed to the opportunities in the United States. “I went to the West Coast on my global elective and I remember distinctly being in San Francisco with Justinus Adriaanse and looking at the ecosystem there and what was available for tech entrepreneurs, and feeling that we had to try and do something in South Africa that would help to try and grow the tech ecosystem in the country. So that seed was planted back in 2009 and that was what resulted in both of us joining forces with our two other partners to start WeThinkCode later, in 2016.”

During that trip the idea was also born to move to the United States, build a business there and try to see what entrepreneurial life in the States was like, recalls Hasson. “It’s taken a little longer than expected, nine years, but this wouldn’t necessarily have happened without that global elective.”

Another reason to relocate is the development talent on offer and in New York, in particular

While it was San Francisco which first stirred Hasson’s imagination, when it came to selecting a new home he wanted a city with greater cultural diversity and not only a tech focus. So relocating to New York ultimately won as the ideal location for both Hasson and his wife. “When you are married you are never moving on your own personal accord, so we wanted to find a city that would have enough in it for a career-based move for myself, where the industry that I’m focusing on had a hub of activity and opportunity and access. And New York ticked that box,” he says. New York was also ideal for his wife – “who has an NGO that works with teachers in developing schools” – who will be embarking on her Master’s in Education.

At this point the length of their stay in New York is open-ended but, says Hasson: “In terms of the move, my wife and I have committed two years and we’ll see how that goes. In terms of the industry, I’m married to the industry for the next 10 years, potentially longer. So the location is the start, but it’s not as if we are leaving South Africa for good.”

A flag bearer for SA

Given this upbeat narrative, the irony is not lost on him that he is swimming against the trends tide with this relocation. Right now American firms and individuals are increasingly looking to distance themselves from the issues in that country, and the focus is increasingly shifting to emerging markets and Africa – “with South Africa as an access point into Africa”. But Hasson is going against the tide. That counter trend is interesting, he says, but right now there are a number of reasons that make New York the right place to be at the right time.

Another reason to relocate is the development talent on offer in the United States, and New York in particular. “We have some strong development in South Africa but [when it comes to] those who are building part of the blockchain, in the crypto space, there is a far greater amount available [in New York].”  In a twist of possibility, there are also likely to be advantages to the WeThinkCode coding university’s insights into the evolution of the industry as Hasson will be at the cutting edge and well-positioned to observe skills developments and trends. Training and developing Africa’s human potential continues to be of great importance to him, so Hasson is quick to note that: “I’m still involved in that [WeThinkCode] and will be travelling backwards and forwards, in part to work with the team in South Africa.”

A nod to the future

As for the potential of this nascent industry, and his preparedness to lead the charge, Hasson believes his experience with open-source software business Synaq positions him well to understand the changes coming. “In 2004, when we started Synaq … open-source software was seen as the alternative way to develop software. It wasn’t centralised, it was a decentralised way to build software where it wasn’t necessarily a financial motivation as to why you were doing it,” he recalls. “And in many ways, cryptocurrency and blockchain development is following the same path that open-source was back then.”

He adds: “The belief is that what happened in the open-source world is what is going to happen in the blockchain world, and [similarly] how it is going to change the way we consume technology, how we use technology, the way business conducts business. I think is a seismic shift and a fundamental shift that we will only really begin to understand the impact of in about 10 years.”

Hasson’s new venture will put him at the heart of these developments and position the business to “see crypto businesses that are trying to leverage blockchain technology, different cryptocurrencies, and a new way of building technology and a new way of doing business, and [then] investing in those companies”. He adds: “Hopefully, in the process, we’ll make some good calls.”

Whether one of those calls is to South Africa’s most well-known export to New York: Daily Show host Trevor Noah, remains to be seen. But, with his trademark humour, Hasson is quick to quip: “Yes, me and Trev are going to be best friends.” And, with that, he was off. 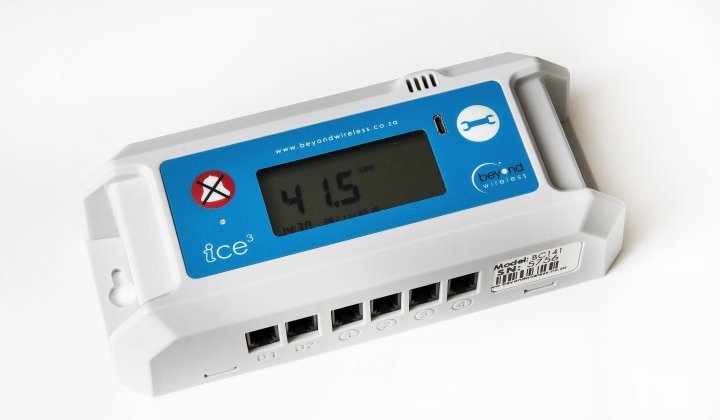