Hiding From the Light

I was recently trudging along in Heathrow’s Terminal 3 when I was arrested by a life-size picture of a rhino. The billboard’s white and yellow tagline proclaimed: “Sometimes it’s the strongest amongst us that need the most help.”

I peered closer to discover that the advertisement had been sponsored by SAP, who proudly declared that SAP HANA © was trusted by the non-profit, Elephants, Rhinos & People (ERP), to integrate drone footage and GPS data into their efforts to keep endangered elephants and rhinos safe from poachers. Perhaps the average traveller wandering through Terminal 3 who happened to notice the communication had warm, pleasant feelings towards SAP’s ability to enable the preservation of endangered species. Maybe they even smiled wryly at the clever nomenclature that shifted ERP into something with a deeply noble meaning. My response was neither of these.

Anyone who has followed amaBhungane’s “Gupta-leaks” knows that a number of multinationals – including SAP, KPMG and McKinsey – have been directly implicated in the systematic, large-scale plundering of state coffers that was orchestrated by the Gupta family in partnership with corrupt politicians. SAP acknowledged earlier this year that its own investigations confirmed it had made payments to Gupta-related entities and had found indications of misconduct relating to the management of Gupta-related third parties and irregularities in the adherence to its own compliance processes.

Communication from the German-headquartered entity noted that it voluntarily disclosed the situation in its South Africa business to the US Department of Justice and US Securities and Exchange Commission, pledging its “full and complete co-operation.” Adaire Fox-Martin, the member of the Executive Board of SAP SE, into whose portfolio Europe, the Middle East and Africa (EMEA) fall, went as far as issuing an apology for the profound impact that the allegations of wrongdoing in the South African business had on employees, customers, partners and the South African public.

After suspending and dismissing a number of executives, an interim Acting Managing Director, Claas Kuehnemann was appointed. According to SAP’s own website, his priority was to “ensure the business continues to focus on driving revenue and growth across its local operations.” Despite the carefully worded apology from headquarters, no mention was made at this time about how the business intended to recalibrate its moral compass.

Whilst the scope and scale of these corporate misdeeds were being investigated, SAP continued to make large investments in numerous global and local social initiatives. Its social impact report for 2017 reveals that the software giant has donated a total of €24 million to workforce development and youth entrepreneurship projects around the globe. Whilst one hand had taken away, the other was certainly giving.

Lest you think I’m overly focused on one organisation that led to my deep musings about the role of corporate social investment at a time when an organisation experiences a deep ethical breach, the picture for McKinsey and KPMG is not markedly different when it comes to social investment. Both companies’ South African and primary websites emphasise the good deeds and report significant amounts that have been donated on a global scale to a range of causes.

When it comes to acknowledging the internal rot that had occurred in each, the responses of McKinsey and KPMG seem to have followed different trajectories. In January 2018, Business Day ran a report with the headline McKinsey strongly denies corruption allegations concerning Eskom and Trillian, point by point. Only two months later, a report in the Financial Times noted that the company was “trying to return fees earned from a contract that has been tainted by ties to the country’s controversial Gupta family but did not know where to send the money.”

KPMG has been a lot more forthcoming about its ethical breaches. In April it detailed several internally focused measures being taken in order to rebuild public trust. In an apparent conflation of CSI and remediation of an ethical breach, it has also claimed that it will donate the R40 million earned in fees from Gupta-controlled firms to charity and refund a further R23 million rand.

So why did a corporate billboard prompt more than a passing glance? For me, it was a potent provocation of how corporates can and should secure and maintain their social license to operate. I don’t dispute that saving rhinos is a virtuous and much-needed cause. But before our corporates invest in a range of social imperatives, they need to not only clean up their own houses but reassure us, their external stakeholders, that they are not funding social causes in an effort to divert focus from building ethical organisations. What society needs from businesses more than CSI is that they prioritise and communicate how they are developing and, where needed, repairing, both appropriate controls and organisational cultures that foster ethical decision-making. 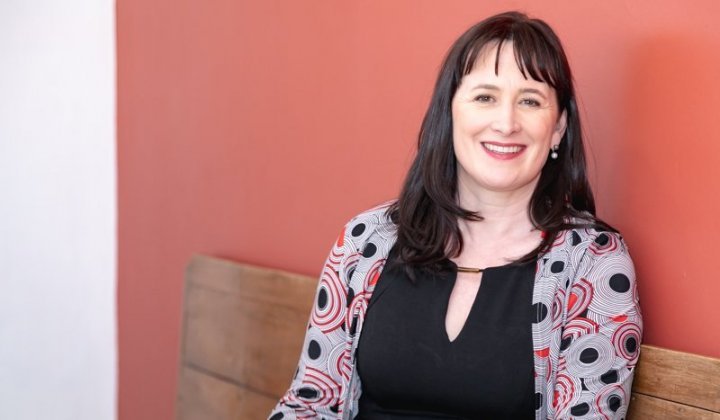 A Landscape of Untapped Energy