In 2016 a team of four MBA students made GIBS history by taking joint first place in the prestigious international Zurich Enterprise Challenge. Collaborating with senior executives from global logistics company Kuehne + Nagel, Team Brand SA’s 30-minute presentation and risk and opportunity analysis beat out 78 other MBA and PhD teams from leading universities around the world. The team went on to

It’s been a busy four years for Elicia Demont, Thomas Kgokolo, Ewald Beukes and Jamal Sahib since they won the 2016 Zurich Enterprise Challenge. Armed with this experience and with an MBA in their arsenal, what new boundaries are they pushing and what projects do they have on the boil?

They may no longer prowl the GIBS campus over weekends, holidays and at all hours of the night, but when a call went out on the old Team Brand SA WhatsApp group, the award-winning machine kicked into gear as the quartet shared their respective projects and passions.

A strategy session with Professor Nick Binedell in 2016 changed the course of Sahib’s life. Binedell challenged why the class were all sitting in their comfortable corporate jobs and not using their skills to drive South Africa forward and create jobs? “That hurt,” recalls Sahib. “I was working at a multi-national mining company, with all the perks of a high-paying job and I was being tasked with restructuring our workforce. I knew then that there had to be a different way, and a different path for me.”

Sahib took Binedell’s comments to heart and on 7 November 2019 he launched his book, Start with the End in Mind: The 5 Secrets to Life and Business Success, at an upbeat event at GIBS.

In the intervening years, Sahib ditched his corporate job and launched himself into opening a series of new businesses. Today he owns four hardware stores, a guest house in Alberton and another on the way in Vanderbijlpark, a construction firm, a consultancy arm and a business coaching offering.

“I want to show entrepreneurs and would-be business owners that you can successfully run a business without being there all the time,” Sahib told Acumen.

Harking back to his days at GIBS and the Zurich Challenge, Sahib reflects: “You can only build a business to a certain point. Beyond that, you can only build it with people. You need a strong team. We had a team of that calibre in 2016."

Starting over in a new country is a formidable challenge...

Demont, who team-mate Ewald Beukes credits for getting the team up at 6am and out of the hotel to practice lines before their big Global Risk Management Summit, recalls vividly the night Team Brand SA won the Zurich Challenge.

“After the closing ceremony the team and I were enjoying a celebratory nightcap in the hotel bar and were joined by the then-CEO of the Zurich Group and another executive. A somewhat intimate discussion ensued, the subject matter of which made me realise that corporate politics and business challenges are the same, whether you operate from the tip of Africa or the upper echelons of the ‘first world’,” she says. This really inspired her to think globally about her future.

Demont says that as a result, she learned to say ‘yes’ more often when presented with challenging opportunities, and in recent years, she’s said yes to some big changes.

Firstly, Demont left corporate and branched out as an independent consultant, undertaking a number of projects for independent consultancy Orizon in the logistics industry. A family move to the Netherlands soon followed, due to an unmissable career opportunity for her husband. Starting over in a new country is a formidable challenge, as is learning Dutch, admits Demont, who realised her love of investment finance during her MBA journey and is now enrolled in the Chartered Financial Analyst programme with a view to moving into the fund management or private equity space.

A proud chartered accountant (CA), who lectures corporate finance for MBAs at GIBS and has a passion for good governance and sustainable leadership, Kgokolo already had a string of accolades under his belt before signing up to tackle his MBA. He was nominated as a leading CA under 35 by the South African Institute of Chartered Accountants in 2014; was voted as an outstanding leader under the age of 40 by Destiny Man magazine, and took home GIBS’s Top MBA student for the leadership and accountability module.

Like all things in his life – be it working with disadvantaged communities to educate them about investing or scaling mountain peaks – Kgokolo is driven by a passion for accounting instilled in him by his high school teacher. “One should be careful of spending too much time doing things that are not in line with one’s passion as it often leads to frustration and underperformance,” Kgokolo told Accountancy SA magazine.

The new project taps into the ‘cavernous need’ to service the education system.

Looking back on the impact of the GIBS MBA and the Zurich Enterprise Challenge on his career and outlook, Beukes underlines some key changes to his life and direction which have taken place since 2016. There was teamwork, global exposure and exciting new consulting and business opportunities with a meaningful twist focused on creating impact locally.

In the years since completing his MBA, Beukes ran business development for SPARK Schools, feeding his passion for education, before leaving to set up his first venture aimed at helping small and medium-sized business with consulting. This would be the precursor to his current venture, District International, a management and strategic marketing consultancy which “works with companies that want to go digital but don’t know how”.

Early 2020 presents two big hurdles, namely his current business and a new venture, which will take him back into the education space. “District International has been a big baby of ours and now it’s about the next growth steps and how we create this as a growing, sustainable company that creates impact,” he says.

The new project taps into the ‘cavernous need’ to service the education system. “We are in first funding rounds and then we need to take it as it comes. But we need to build businesses with impact locally and, in time, internationally.”

In this respect, the ‘exceptionally valuable’ and tight-knit network he forged at GIBS and the qualification itself have given him a different kind of credibility in the marketplace. “It gave me the confidence to go out and do something on my own. Before it was all about going into some kind of company and working my way up, but post the MBA my focus was leveraging the learning and the network and taking a risk. The big move was taking the first step.” 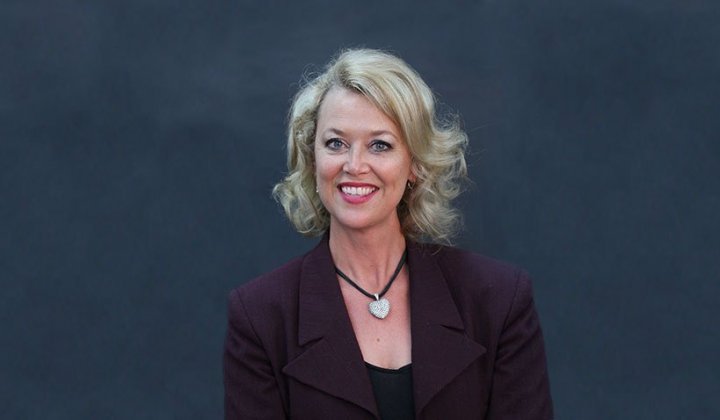 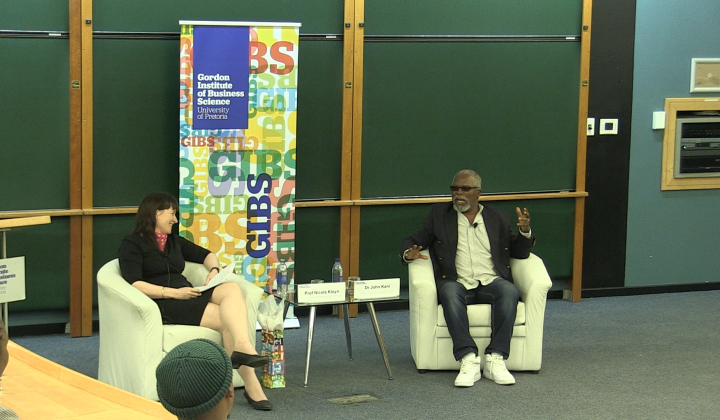 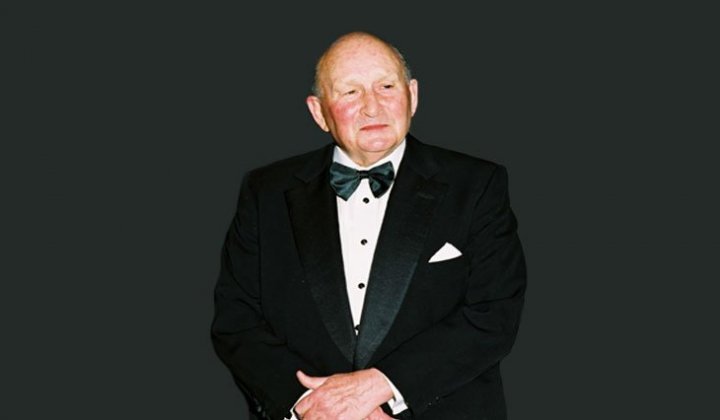