The wine industry is using innovative technology and other solutions in response to climate change.

The world’s climate is changing. And while some conspiracy theorists would have us believe that it’s not caused by human activity, or that it isn’t happening at all, the facts speak for themselves.

“There’s good research from Dr. Tara Southey indicating that minimum temperatures during the winter months are getting colder,” says Conrad Schutte, manager of Vinpro’s viticultural consultation service. “That opens up the vineyard to issues like frost. Her research also showed that we’re seeing a shift in the rainfall patterns in the winter months.”

Western Cape rains usually fall from June to August, but this seems to be shifting to the end of the season. This is a challenge to vineyards because, even though pruning should be done as close as possible to budding to stimulate fruitfulness in the vines, doing so in wet, late-winter weather increases the risk of pathogens and trunk diseases.

“Many producers are moving away from handheld pruning shears, where a typical farmworker can prune anything from 350 to 400 vines per day,” Schutte says. “They’re moving to battery-operated pruners so they can do 800 to 1,000 vines per day. That’s more efficient.”

Although working faster like this can prevent pruning in the rain, vineyards are also using Trichoderma (fungi that protects against soil-borne diseases) in case the weather doesn’t cooperate. By applying it on the pruning wounds, it ‘outcompetes’ other negative pathogens.

“If you go to New Zealand, Australia, America or the EU, it’s not widely used,” Schutte says. “So maybe that’s South African technology that can apply in other industries as well.”

Just as bad as too much rain is when the rains don’t come, as was the case during the historic drought in the Western Cape. It was a painful lesson about how precious water is and how efficient vineyards need to be in using it – something that producers in the Olifants River Valley learned during the harsh conditions over the last few years.

“They have about 10,000 hectares of vineyards and, depending on the season, produce anything from 150,000 to 220,000 tonnes of grapes,” Schutte says. “And for the first time in a long time, we had to sit down and draw up a water budget. They had to make decisions about splitting their blocks so that the flagship ‘A’ blocks got priority water, the secondary ‘B’ blocks got some if they were lucky, and many of the other ‘C’ blocks didn’t get any.”

The vineyards used ‘pressure bombs’ to measure the stress of the vines and better time irrigation. Some even made profile pits to see how far the roots went into the soil, because watering any deeper than that would be a waste.

“They managed it well,” Schutte says. “Some were only allowed to irrigate with 25% water and they still managed to take 65% of their usual crop. It’s not ideal but it’s a good lesson learned.”

Still, it’s hard to apply knowledge from one region to another. This is especially true in South Africa where there is so much literal ground to cover. “The South African industry consists of about 94,000 hectares of wine grapes,” explains Schutte. “Those grapes are planted in about 10 different wine-growing regions. In the 2019 harvest, we picked more than 1.2 million tonnes. One of the main reasons we’re seeing such a big difference between the different wine-growing regions is because it’s dispersed over a wide geographical area.”

The historic drought in the Western Cape was a painful lesson about how precious water is...

But this diversity also offers an opportunity on the business side. Specifically, it means that investors can make strategic bets by acquiring properties in different areas to mitigate the risk and impact of climate change. “Stellenbosch wine growers invested money in Elgin, which is on the other side of the mountain,” Schutte says. “There’s a lot of available water to irrigate vines and the soil type is clay, so you can hold water well.”

Producers are also experimenting with new varietals. Schutte believes that the timing for this is perfect, with media commentary from Wines of South Africa and wine writer Tim Atkin being favourable on alternative wines. “In Bordeaux, because of the warm climate, there are seven new varieties they’re experimenting with,” Schutte says. “And we have those varieties in South Africa as well. That’s why I think the farmers need to start planting them in the right terroir to make good quality wine.”

While it’s clear that vineyards need to embrace alterative varieties to produce sustainable yields over the long term, it’s not clear whether consumers will be happy to swallow the change. That’s why Vinpro recently met with a group of marketers and producers to better gauge the demand.

“The moment you start to speak to marketers, they’ll say that we still need the Big Five varieties – Cabernet, Merlot, Sauvignon Blanc, Chenin Blanc, and Chardonnay – because that sells easily,” Schutte says. “But if you challenge them on that, they’ll also admit that if we produce a dry red, a dry white, or a blend with an alternative variety, it’s a good idea, so I think that there could be a gap to get into that.”

Looking ahead, Vinpro continues to be involved in technology development and knowledge transfer within the industry. To deal with the challenge of research and data not being applicable from one region to the next, they’ve started a new project that involves doing producer trials in privately-owned vineyards.

“That project has three pillars,” Schutte says. “First, we’re looking specifically at rootstocks that are drought-tolerant within a specific area and different varieties with our focus on the alternative ones we spoke about earlier. Second, because we represent 2,500 wine growers, we have a lot of people on the supply side knocking on our door because they want to land new technology and new ideas to our producers, so we started collaboration days.”

These events, the first of which took place in October 2019, give all parties a chance to talk about their needs, view the latest technology, and reach beneficial deals all in one place. It’s the same sense of organic development that Schutte has seen in the third and final pillar. Because producers are being innovative in how they adapt to their own growing regions, they’re creating their own producer patents that Vinpro hopes will be showcased in other areas too.

“When trying to bring new technologies to farmers, you’ll always get the early adopters that are hungry to speak to everybody and bring the technology to their farm,” Schutte says. “And then you’ll also have the laggards that take a while to adopt that technology. But that’s under normal conditions. With climate change, people need to be more creative and adapt much faster than usual. Otherwise they’ll be in trouble.”

The South African industry consists of about 94,000 hectares of wine grapes

“Inno’vin was born in 2010 to create a bridge between research and industry, to help create innovation in order to develop the industry and to maintain our leading position,” says its president Dominique Trioné. “It was also a way to produce technologies that could be useful for producers.”

Today it includes over 170 members, almost 90% of whom are producers and suppliers. It also sees a lot of enterprises bringing new ideas and services to the industry, all in collaboration with agricultural chambers of commerce, regional governments, as well as research bodies and educational institutions.

“We have plenty of other clusters in France that are involved in the wine industry but none of them are 100% dedicated to the wine industry like we are,” Trioné says. “In this, I believe, we are a little exceptional.”

For Trioné, producing wine has always been under constraints – climate, disease, legislation – but one of the biggest he’s seen lately is consumers and their changing demands, something that he doesn’t see as strongly in South Africa (at least not yet).

“In France, I was talking to a salesman in a wine shop a few weeks ago,” he recalls. “He told me that a little label on a bottle saying that it’s an organic wine doubles the sales. But wines without this sticker are selling little. So that’s also something you have to think about as far as consumers are concerned.”

Another interesting aspect is to see how climate change is making different regions more amendable to producing wines. For example, Trioné finds it interesting to see the developments in the UK, which isn’t known as one of the best areas in the world for wine production, even though he was surprised to discover that the ancient Romans planted vines in England and that some Bordeaux varietals came from Britain.

“Today a lot of champagne producers are moving to the UK to produce sparkling wines – they can’t call it champagne due to the definition of the appellations – as you have in other parts of the world,” he says. “There are also some vines already planted in Denmark and some trials in Sweden to see whether the vines could grow in new climatic conditions.”

Still, the biggest challenge, particularly in areas like Burgundy, is about what all this talk of new varietals will mean. “It would be easy to create new varietals,” Trioné says. “But will those varietals produce the same type of wine we’ve been used to for hundreds of years?”

“For several years, Burgundy has been exposed to climatic hazards that have had important consequences on the quality and quantity of crops,” says Christophe Breuillet, managing director of the Vitagora food industry cluster. “A lack of harvest has been observed globally because of diseases, but also because of frost, hail and drought causing volume to be irregular. Some diseases like mildew are decreasing but at the same time others are on the rise.”

While it’s been difficult to manage all these interconnected factors and their associated consequences, farmers have had to find solutions and ways to fight back. One project in Burgundy involved using a mesh of silver iodide generators, which diffuse a solution into the sky to change the volume and type of precipitation. Another involved using anti-hail nets to protect the vines.

“The problem is that it costs a lot of money to put these solutions in place,” Breuillet says. “So it’s an important investment. But it’s also not the only one. Other approaches involve improving genetics through hybridisation and crossbreeding grape varieties to make them more resistant to drought and disease. Those are some of the simple and concrete solutions we’re putting in place.”

Another intuitive is The Wine Cloud Project, which aims to develop the first big data platform in the wine value chain. It involves an on-board measurement system integrated into agricultural machines, sensors on plants, fixed measuring stations in the vineyards, and meteorological data collected online. It also sends alerts regarding the appearance of disease and offers personalised advice for treatments, all via a customer-focused app.

“We’ve enabled a massive amount of data to be uploaded on this platform and after that data is collected, it’s shared with other members of the cooperative,” Breuillet says. “And thanks to this data, the winegrowers can predict the state of the vines and have recommendations for production practices. Also, because we know that expectation from consumers is great, winegrowers can adapt their processes thanks to feedback and consumer demand. This makes it an important tool for the winegrowers of today.” 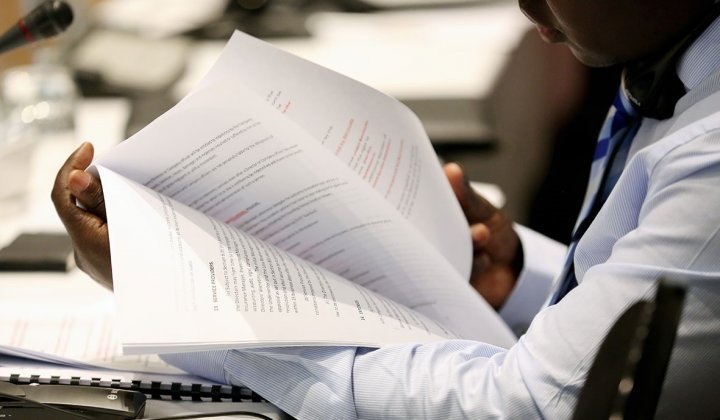 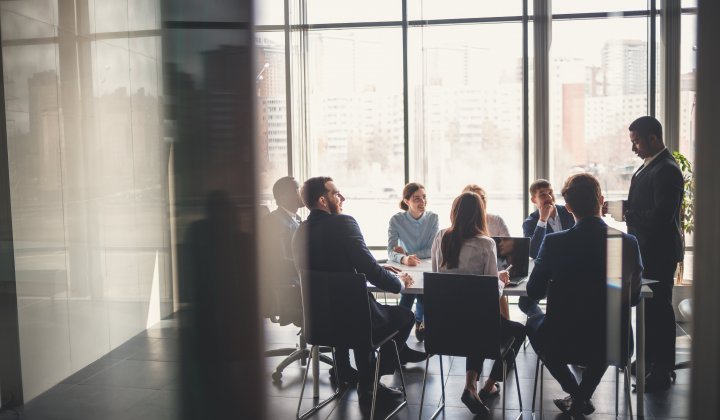 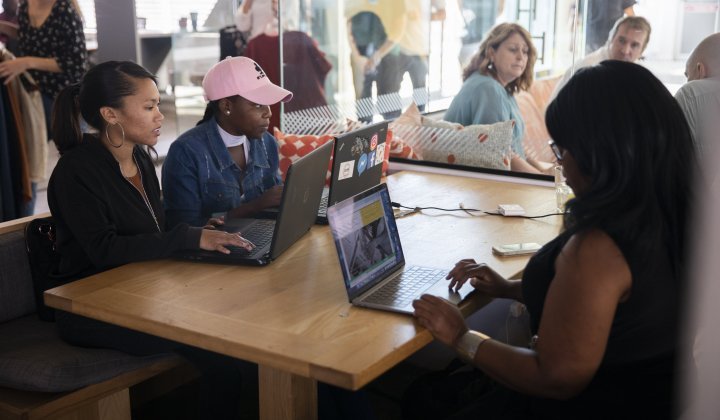