Who and/or what is Peter Thiel? Yes, we know that he’s a billionaire many times over, one of the founders of PayPal, the controlling shareholder of Palantir, a very early backer of Facebook, also of Elon Musk’s SpaceX, and generally one of the most powerful players in Silicon Valley.

He is also a chess prodigy, gay, a close backer of Donald Trump, has personally donated money to at least four politicians from the radical right-wing of the Republican party in America, a self-proclaimed libertarian and someone who launched a successful vendetta against an online media outlet called Gawker, which had taken a dislike to him.

It is these apparent contradictions allied to Thiel’s intense liking for privacy that Bloomberg journalist, Max Chafkin, investigates in his new book. The title gives a clue: Chafkin describes Thiel as a contrarian – someone who has specialised in swimming against the tide for his entire life, more often than not with spectacular success.

But, why? Is it just in pursuit of money? Or power? Or both? Could Thiel’s sexual orientation and the fact that he remained in the closet for so long also have played a role? A small part of his childhood was spent in Johannesburg (he went to Pridwin prep school) before spending time in Swakopmund in Namibia, but Chafkin’s tale really picks up with Thiel at California’s Stanford University, where he founded a monthly newspaper called the Stanford Review, a conservative tabloid, virulently opposed to all things politically correct and run through with what to his critics is a streak of racism.

Chafkin leads us chronologically through Thiel’s life and career, right up to his present-day appearances at Donald Trump’s post-White House HQ, Mar-a-Lago in Florida. Thiel himself, his husband and their small children now also live in Florida, having – apparently – abandoned Silicon Valley and its typically liberal views. However, a close reading of The Contrarian will persuade the reader that ‘the Valley’ is much more conservative and more dedicated to power and money than we realise.

This book is the result of impeccable research and supplied with meticulous notes, but Chafkin concedes readily that many of his sources spoke to him on condition of anonymity. Put simply, Thiel has a reputation for vindictiveness and the sources are worried that he would, at some point, reach out and crush them, just as he did with Gawker and its parent company, Gawker Media, in 2016. Gawker had long been a thorn in Thiel’s side after it outed him as gay in 2007. Patiently but ruthlessly, Thiel seized an opportunity to back wrestler Hulk Hogan, who was suing Gawker after it posted a sex tape of him. The tech billionaire – supposedly a proponent of free speech – supported Hogan to the tune of US$10 million, winning his case and driving Gawker and its founder, Nick Denton, into bankruptcy.

The story of Thiel’s revenge is well-known, and I do not doubt that Chafkin would have thought long and hard about it before proceeding with his own less-than-flattering biography.

In the end, he puts a lot of flesh onto the bones of Thiel’s story, but does Chafkin untangle his subject’s key contradictions, especially at a personal level? At one stage, the billionaire agreed to an interview with Chafkin for the book, but it never happened. That’s a pity; I now know a great deal more about Peter Thiel, but I’m still uncertain as to what really makes him tick.

This is a cracking read! As its title suggests, it’s the autobiography of one of Britain’s most successful business magnates, inventor and entrepreneur, Sir James Dyson. In the early 1970s, he invented the dual cyclone bagless vacuum cleaner, which has become a worldwide success. Along the way, Dyson has also designed numerous other household devices, built an enormous agricultural business and founded his own university, the Dyson Institute of Engineering and Technology. These are just the main headlines from a long and varied list of achievements, including a multi-billion pound fortune and – happily – a strong and long-lasting marriage and family.

All too often, books of this nature are mere hagiographies, with page after page extolling the virtues of the great man or woman. Not so, in this case. Yes, there’s a professional writer collaborating with Dyson, but his distinctive voice comes through very clearly, as does his approach to design, engineering, business and, latterly, as his firms become more and more successful, education. We also gain fascinating insights into Britain’s continuing disdain for the ‘grubby’ business of manufacturing, the sheer dumb stupidity of some of its politicians, many of whom are still in the present government, and Dyson’s reasons for backing Brexit. That last certainly gave me a very different and more cogent view on a subject I had thought exhausted.

At the centre of Invention: A Life, though, is Dyson’s sheer grit and determination to succeed, even through some extremely tough times. How determined? Famously, he made 5,127 prototypes of the very first Dyson bagless vacuum cleaner before getting it to work properly. Most of the rest of us would probably have called it quits after the first hundred or so! But it’s also a determination to hang onto his entire business after being burned by shareholders in an earlier venture. Dyson – massive, global – is still 100% family-owned and run.

Invention: A Life is one of very few ‘business-titan-how-I-did-it’ autobiographies from which I have learned a great deal. Thanks, Sir James!

Richard Mulholland does not like haggis, despite being Scottish, nor does he rate devices made by Apple, and he apparently favours a sports team called the Toronto Maple Leafs. He’s clearly wrong about both haggis and Apple, so why would any of his other opinions be worth reading about? (I can’t comment about the Maple Leafs as I have no idea what sport they actually play!)

Well, leave aside the fact that Mulholland, a former roadie for the band Iron Maiden, is a colleague at GIBS with several highly successful businesses to his name. Put simply, his new book, Here Be Dragons, is one of the best things I have read on the twin arts of selling and communication. He’s yoked the two together and invented a concept called ‘storyselling’.

‘Here Be Dragons’ was the old nostrum written in the corners of world maps drawn in Europe in the Middle Ages. These were areas that explorers had not reached and represented the fearful unknown – the dragons – but also opportunity – treasure to be discovered. Mulholland’s technique is to cast the prospective customer as the hero of a quest, starring in his or her own story. The salesperson shows the hero the dragon – cost overruns, declining sales, something that really keeps them awake at night – and then also shows them how to overcome that dragon and get to the treasure – contained costs, increased sales or similar.

Based on his own experience as a master storyteller and public speaker, Mulholland uses a brash, attention-grabbing layout style, with lots of bold and highlighted text. But, don’t be fooled: this is a work underpinned by rigorous research with plenty of authoritative academic sources.

Among the many key points, one stood out for me personally. Great speeches and presentations, says Mulholland, are crafted well in advance, refined, and practised hard; I agree because it’s something I teach in my own GIBS Media Training Masterclass.

If you’re in sales or just want to improve your public speaking or presentation skills, do yourself a favour and buy Here Be Dragons. Now, if we could just set the author straight about haggis and Apple…

Deep Collusion – Bain and the capture of South Africa

There’s a long list of distinguished companies that have been linked in one way or another to state capture, but based on Athol Williams’ revelations, storied American management consultancy, Bain & Company, deserves to be in the top spot.

Williams is himself a former Bain consultant with a major interest in corporate governance. He was brought back into the Bain fold in 2018, ostensibly to oversee a thorough investigation by the firm into its South African operation and local managing partner, Vittorio Massone. Massone had – apparently – gone somewhat rogue and worked with both then-president, Jacob Zuma, and SARS Commissioner and Zuma ally, Tom Moyane before the latter’s appointment to SARS.

Testimony by Massone to the Nugent Commission into the goings-on at SARS had proved explosive when he confirmed that he had had a single meeting with Moyane sometime in 2013 or 2014, but definitely prior to Moyane taking the top job at SARS in late 2014. They had discussed Moyane’s appointment and SARS, said Massone. It also transpired that Massone had lied to the Commission; there had been, in fact, many meetings, not only with Moyane but also with Zuma, with a great deal more spoken about than just taxation.

No surprise, then, that shortly after, Massone fled the country and also separated from Bain. Naturally, he also declined to return to assist in clearing up the mess. Retired Judge Robert Nugent’s final report in December 2018, quoted by Williams,  spoke of “deep collusion” between “Bain and Moyane to do damage at SARS” and that “neither was concerned for the interests of SARS”.

Headquartered in Boston, Bain had promised full cooperation with the Nugent Commission and did eventually repay all of the fees it earned from that particular contract, as well as promising a thorough investigation. Former partner, Williams, was appointed to oversee that process and promised full access to all relevant material.

So far, so good, you might be forgiven for thinking, much as Williams himself did initially.

But as the months rolled by, he discovered that a great deal was being kept from him, including the fact that Bain had actually drafted the RFP which eventually secured them the SARS account and that the supposedly independent law firm investigating all of this, Baker McKenzie, was, in fact, advising Bain in America and attempting to help them stave off a full investigation into its South African activities by the U.S. Justice Department.

It’s a long and complex tale of corporate subterfuge and malfeasance, but Williams eventually saw through the fact that he was being used as convenient cover and blew the whistle on Bain via testimony to the Zondo Commission into State Capture at the end of 2020. Along the way, Bain attempted to buy his silence through some very lucrative job offers and offers to back his research. He said no. They also tried to rubbish his testimony as that of a disgruntled ex-employee, but, again, to no avail.

What makes this book doubly valuable is that almost all of the damning evidence lined up against Bain comes from material that the firm itself gave him in a treasure trove of emails shortly after his reappointment in 2018.

Williams’ conclusion – and based on the evidence he provides in Deep Collusion, I would have to agree – is that Bain & Co. were up to their elbows in state capture, not just at SARS, but almost certainly at Telkom, too. So far, the company has not issued any final report on its alleged investigation into these matters nor added any further comment in the wake of Williams’ Zondo Commission testimony. In my opinion, there is enough material in Deep Collusion to ban Bain & Company from doing business in South Africa, if not forever, at least for several years.

One final note: like so many other whistleblowers, Athol Williams has paid a heavy personal price. He talks of being ‘abandoned by corporate South Africa’, and he was also abandoned by the University of Cape Town where he lost his post as a part-time lecturer. That’s shameful; as long as our society treats people like Williams this way, we can expect state capture to continue. 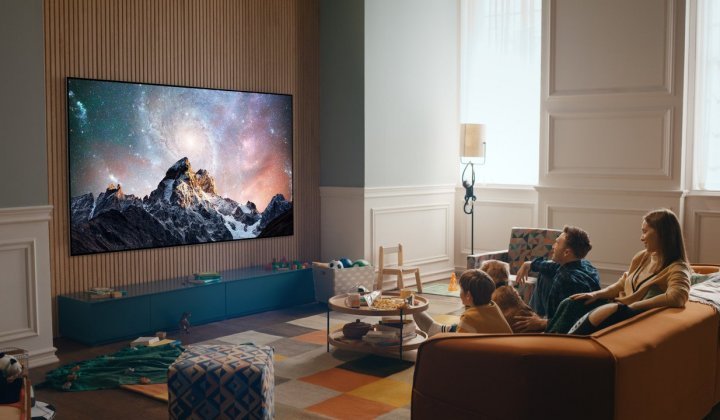 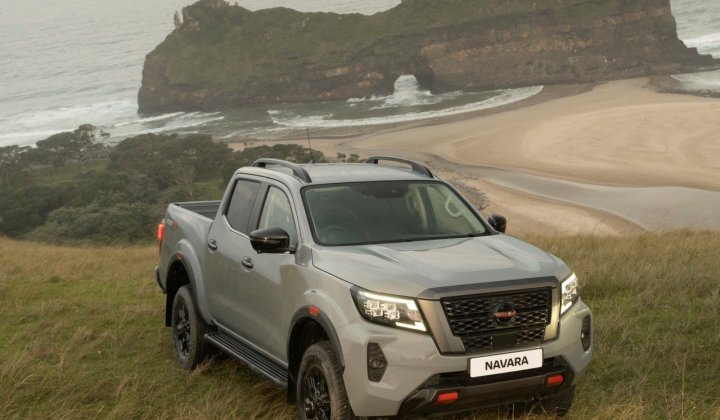 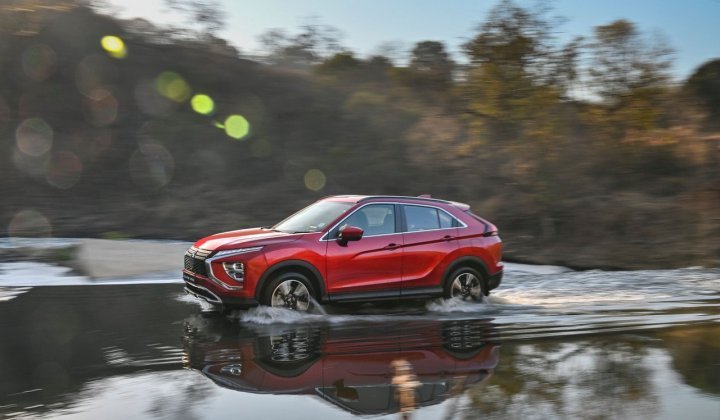