Acumen's editor Chris Gibbons gets to grips with some very misleading numbers, and also learns that tomorrow is already happening – today! 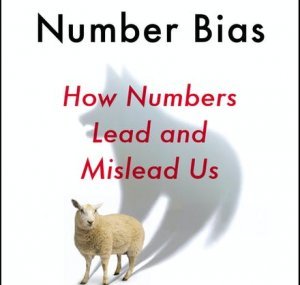 How Numbers Lead and Mislead Us

These days, everyone has an opinion about almost everything. Usually, we back these opinions with ‘facts’, more often than not culled from Google, Wikipedia or Facebook. And when we discover that my ‘facts’ are different from your ‘facts’, we go back to those same sources in search of numbers, because, as we know, numbers never lie.

A brilliant, young Dutch econometrist, Sanne Blaauw, might beg to disagree. Describing herself as ‘already a number nerd as a toddler’, she begins The Number Bias by explaining why numbers that flow from research are intimately linked to the researcher, and why she found “the stories behind the numbers even more interesting than the numbers themselves”.

Numbers rule our lives: the clocks we live by every day, the grades we attain in school and university, the age at which some anonymous actuary decides we should stop working and draw a pension. Blaauw, with a PhD in econometrics to her name, went into journalism at the online platform, De Correspondent. Her aim is “to explain to readers how numbers are calculated” and “to question their importance in our society”.

Her book – a best-seller in Blaauw’s native the Netherlands – picks half a dozen excellent examples of numbers used either to great effect or to mislead completely.

An example of the former is Florence Nightingale, the nursing superstar of Victorian Britain. Nightingale rose to national fame during the Crimean War of the 1850s, and on her return used statistics, dressed up in colourful, simple-to-understand graphs, to demonstrate the need for reform in Britain’s military hospitals. Along the way, Blaauw provides us with a brief, highly readable history of the development of numbers and statistics. Even the foundations of modern epidemiology appear, particularly relevant in this coronavirus-flatten-the-curve world.

The latter – numbers used to awful effect – comes from the example of American psychologists working during World War One who proved a conclusive link between IQ and skin colour. In 1917, a Harvard psychologist called Robert Yerkes designed an IQ test that was administered to 1.75 million army recruits. “A dreadful picture of the soldiers emerged,” writes Blaauw. “White American men had the mental age of a 30-year-old; immigrants from Eastern and Southern Europe scored even worse. And right at the bottom – with a mental age of 10.4 – hovered the black man.”

Yerkes’ figures were collected badly but taken very seriously. They have reverberated down the years, even to the modern day. Blaauw rips them apart and as she does so, poses some very basic questions. What do we mean by ‘average’, ‘black’ or ‘white’? “What does IQ measure?” she asks, before leading the reader, step-by-step, through some of the basic concepts involved in setting up a study.

The Number Bias is filled with illuminating, entertaining, thought-provoking and explanatory anecdotes and examples, like those above. They all lead to a final, very important checklist: “What to do when you encounter a number.” Among the points:

·      Who is the messenger? Has a politician presented a statistic demonstrating his policy is good for the economy?

·      How has it been standardised? Does the number deal with an invented concept, such as economic growth or intelligence?

There are more, but to read them and to understand why they are so important, you’re going to have to buy a copy of Blaauw’s book. You won’t regret it. In fact, you’ll be 100% satisfied – and that’s a number you can trust! 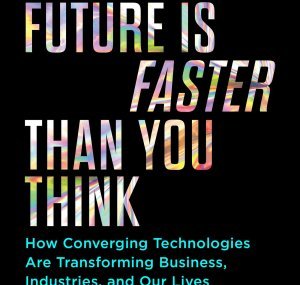 The Future Is Faster Than You Think

Pick your favourite science fiction fantasy. A flying car for your daily commute? Travel at warp speed between major cities many kilometres apart? Medicines tailored specifically to suit your very own DNA and which can also wipe out killers like heart disease and cancer? A world in which every human being has access to an internet that’s faster than anyone ever thought possible? The possibility of extending your life by another 10 or 20 or even 30 healthy years?

The list is almost endless, but the point of Diamandis and Kotler’s new book is to explain that most of the technologies listed briefly above already exist. They’re also – for want of a better phrase – about to go into mass production. Driving the whole process is ‘convergence’, the coming together of several exponential technologies, which produce a series of enormous changes, some threats and a vast array of opportunities.

Robotics, artificial intelligence, 3D printing, networks, sensors, virtual and augmented reality, blockchain, material science and nanotechnology and biotechnology are the exponential technologies. Each one on its own is exciting enough, but Diamandis and Kotler set out in great detail what happens when one or two intersect with each other.

Their time frame extends no further than the next 10 years. At the risk of repeating myself, this not a collection of airy-fairy, comic book predictions. It is an exhaustive account of new processes, inventions, developments and technologies that are already underway and about to come to market. Pay close attention because your life is about to change, radically.

One quibble: there so much happening or about to happen, according to Diamandis and Kotler, with such far-reaching implications, that reading The Future Is Faster Than You Think is like trying to take a shower under Victoria Falls. It’s thrilling, exciting, but a little overwhelming! 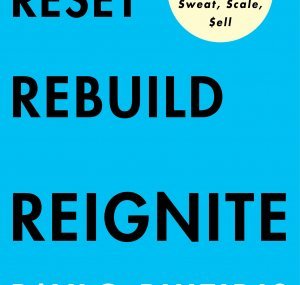 Reset, Rebuild, Reignite – Build Your Business To Thrive in a Crisis

This is the book that ought to have been available at the very start of the Covid-19 pandemic, as South Africa went into lockdown. It would have saved many small and medium enterprises from hitting the wall.

It’s about entrepreneurship and author, Pavlo Phitidis, is among South Africa’s champion entrepreneurs. He has bought businesses, rescued them, sold them, invested in them, closed them, and then started the whole process over again. Along the way, he has refined his thinking and methodology. Once upon a time, his company, Aurik, would invest in almost anything that glittered and told a good story. No longer – now, Phitidis and his team have become very picky indeed. As a result, Aurik’s profitability has increased dramatically.

At the heart of his philosophy is the belief that an entrepreneur must create something that Phitidis calls an ‘asset of value’. He spells this out in his earlier book, Sweat, Scale, $ell (see Acumen No. 31, Q1, 2020). In essence, Phitidis believes that you’re wasting your time if all you’re doing is paying the bills. At the end of the process, you need to have created something that you can sell at a premium. This is an asset of value, and it becomes the return on your investment, or, in many cases, your pension.

Take that idea, hold onto it tight, and then turn and face the hurricane of the Covid-19 pandemic. Phitidis is also someone who is driven by structure and systems, and he lays out a very clear battle plan to help entrepreneurs not only face the storm but also use it as an opportunity to reimagine and restructure. The plan has three very clear phases – hence the book’s title: Reset, Rebuild, Reignite.

Interspersed with case studies from his own client base, Phitidis lays out a manual that is clear, logical and built on years of hard-won experience. Don’t think it’s a magic wand, though: you’re going to have to do some very hard work indeed, including plenty of deep thinking. After all, you do want an asset of value, don’t you?