Range – How Generalists Triumph in a Specialized World 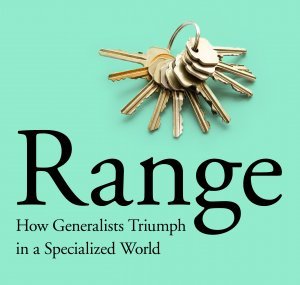 The best-known sporting example is golfer Tiger Woods, a child prodigy who practiced and performed virtually from the moment he could walk. Tiger has accumulated the second most wins in golf’s major tournaments, behind only the immortal Jack Nicklaus.

But this idea of high-level specialisation is wrong, according to another best-selling author, David Epstein. He counters the Tiger Woods example with Roger Federer, for many as great a tennis player as either Nicklaus or Woods are golfers. As a boy, Federer was positively discouraged by his parents from specialising in tennis. They wanted him to experience as many sports as possible, which he did, including badminton and basketball. This is the ‘range’ to which Epstein refers.

Epstein backs up his example with an array of scientific studies which reveal that late specialisation is key to becoming an elite athlete. Key evidence: the German 2014 World Cup-winning soccer team, “typically late specialisers who didn’t play more organised soccer than amateur-league players until 22 or later”.

From there, it’s a short jump for Epstein to take us into the world of non-sporting high achievers. Again, the evidence is clear: if you want to win a Nobel Prize, you will have a far better chance if you’re almost a dilettante: someone whose interests run far and wide. A person, in other words, with range – not a specialist. It’s counter-intuitive at first until you realise that range is what enables real innovations and breakthroughs, or, to put it another way, to connect two or more very disparate ideas to achieve a radical breakthrough or innovation.

Worryingly, this has enormous implications for our educational systems, which encourage early specialisation, even at high school. Backed once again by an array of robust evidence, Epstein contends that we need to teach youngsters far more about how to think rather than what to think. If we can achieve that, then their imaginations will move in far more supple and interesting ways.

And when your child or partner or colleague appears to be doing not much of anything terribly well and dabbling in a bit of this or a taste of that, don’t stop them. The temptation might be to tell them to buckle down and get focussed. Instead, offer words of encouragement. They’re broadening their range and laying the foundation for that Nobel in a few years’ time.

This Is Not Propaganda 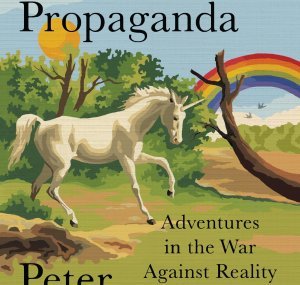 Pomerantsev was born in Ukraine but grew up in London from the age of three. Always an outsider at school, ‘The Russian’ developed early on an acute sense of identity; it’s no surprise that he has homed in on the manipulation of identity which lies at the heart of modern politics and electioneering.

He counterpoints his parents’ rootless, trans-European journey – one a radio journalist and the other a film-maker – in search of their own lost identities against the everywhere-but-nowhere presence of the legions of bots, cyborgs, trolls and sock puppets which infest social media. Most originate from a shadowy organisation in St. Petersburg called the Internet Research Association, believed to be funded and directed by Vladimir Putin’s all-powerful Russian state.

The Kremlin has denied these charges, but Pomerantsev is quick to remind us that the Americans have used similar fake Twitter and Facebook accounts in various operations in the Middle East. Donald Trump certainly did so in his 2016 election campaign, and the ‘Vote Leave’ campaign also did so in the same year’s battle for Brexit. His concern is that truth has become infinitely malleable; it is now what we believe it to be which, in turn, is defined by the causes, groups and affiliations of our identities.

The master manipulators target their individualised messages at smaller and smaller groups who identify with completely different things but, if you group enough of them together, you win elections.

Read This Is Not Propaganda in conjunction with Mindf**k, by Christopher Wylie, which I reviewed in the previous edition of Acumen. We live in worrying times.

The Write Stuff – The indispensable guide to English usage 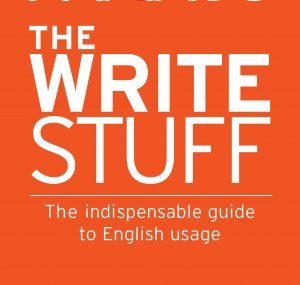 Useful in that it contains page after page of very sound advice, starting with an exhortation to keep it plain. Our compilers are – rightly – adherents of the plain language movement. As George Orwell once said: “Never use a long word where a short one will do.”

They also give us useful lists, like problematic pairs, like ‘lend’ or ‘loan’, ‘partake of’ versus ‘participate in’, and ‘farther’ or ‘further’? There are nearly four full pages of clichés, to be used sparingly, as they often irritate rather than stimulate readers. And a delightful section on ‘Technobabble’ (or how to talk like a corporate animal), including a table setting out three columns of nine important-sounding words. Pick a word from each column and you’ll concoct a phrase like ‘functional incremental networking’. Meaningless, but throw it onto the table at the next Exco meeting and you’ll sound important.

The problems with this kind of guide appear in the most unlikely areas. For example, under the heading ‘Semicolon – cause for the pause’, we are told that ‘A semicolon (;) indicates a longer pause than that indicated by a comma’.

This is rubbish, although it’s an idea that has been around for a long time. It comes from the same school of thought which says a colon demands a longer pause than a semicolon, and a full stop the longest pause of all, like some bad form of musical notation.

Admittedly, duels have been fought over the correct use of the semicolon. Lynne Truss in her bestseller on punctuation, Eats, Shoots & Leaves, reminds us that Orwell gave up semicolons in 1947; Gertrude Stein had already done so in Paris in the 1930s. Evelyn Waugh used them with precision, and Virginia Woolf with abundance. All legendary writers, all convinced that their way was the right way.

In his authoritative Lapsing Into a Comma, Bill Walsh, copy desk chief of The Washington Post’s business section, says: “The semicolon is an ugly bastard and thus I tend to avoid it.” But Walsh also offers usable advice: Use the semicolon when two intimately related sentences are fused together without the word ‘and’, so: I looked outside; the weather was not nice.

Much better! But is it semicolon and not semi-colon? Apparently, playwright Ben Jonson, writing in the 1620s, had it with no hyphen; 400 years later, the latest Economist Style Guide has it with – semi-colon. Oh dear – better pass me the style guide… 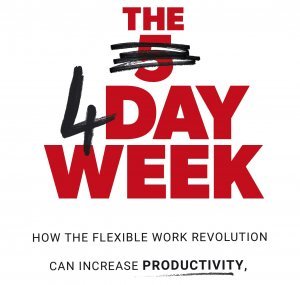 Andrew Barnes, a Cambridge-educated Brit who now owns and runs a company in New Zealand, found the answer in an article in The Economist during a flight some two years ago from Auckland, via Doha, to London. “Two studies of office workers in Canada and the United Kingdom…found that employees were productive for only 1.5 to 2.5 hours of a typical 8-hour day.”

Barnes, who employs about 240 people, says he was “gobsmacked”, but it was also his lightbulb moment. Assuming the report was accurate, what would happen, he reasoned, if he could persuade his staff to do their 2.5 hours of productive work per day across a 4-day span, instead of five? He calls it the 100-80-100 rule: “Staff receive 100% of their contractual compensation and need to work only 80% of the time, provided they deliver 100% of the agreed productivity.”

His book sets out in detail how he researched the proposition, and then launched what has become a highly successful experiment at his company where it is now accepted practice. He also offers a detailed menu of the ‘How to…’ and ‘What not to do…’, concluding with a much broader set of observations the impact of a 4-day week on carbon emissions, global warming, mental health, provision of care for ageing baby boomers and the funding of pension deficits.

Read it, think about it, try it; not only does it make a vast amount of sense, it may also save the planet.

(Editor's Note: I wrote this review shortly before most of the planet went into Covid-19 lockdown. I suspect that when we emerge from our self-isolation cocoons, the way we work will change drastically anyway!)

Staying On Top, Against the Odds