Where exactly are we headed? Where is the world going? Using the acronym TRENDS, we present six key trend pillars that will shape how we will live, work and connect in the coming year.

It’s quite possible that 2020 will in the future be referred to as “The year we don’t talk about”. Not only did it feel endless, but the monotony of staring into a screen – for work, entertainment, retail therapy, and human connection – will ensure we won’t remember much of it.

Wiped from our memories are also the many issues that had reached a tipping point in 2019, including geopolitical posturing, widespread civil unrest, social justice, and sustainability issues. These problems have either brewed quietly to become more toxic or laid bare by the pandemic. Either way, they emerge in 2021 as game-changers.

A year of introspection while in self-isolation has provided us with the opportunity to rethink and reassess. The year 2019 is not a state of being that we should want to return to.

In the words of author Milan Kundera, “We go through the present blindfolded... Only later, when the blindfold is removed and we examine the past, do we realise what we've been through and understand what it means.”

The global pandemic has fast-tracked systems and technologies, which were ready and available, and forced businesses hesitant or reluctant to take the plunge, like the digitalisation of businesses to accommodate remote working or embrace e-commerce. It’s as if we’ve accelerated five years forward, in one year, to adjust to the curveball that was 2020. Matching the velocity of change has become the survive or thrive factor.

Ingenious, leap-frogging innovations happen when people are panicked, worried, and when the consequences of not acting quickly are disastrous. That was 2020 in a nutshell. Robotics (or automation) are suddenly more common and less of a sci-fi concept. Driverless car technology and the prospect of urban air mobility now have shortened timelines. In China, a new expressway connecting Beijing and Xiong’an has several lanes dedicated to autonomous cars and was built by robots. It opens in June 2021.

Various countries are testing urban air mobility systems. “Flying taxi services” will appear in Spain in 2022, in Japan in 2023, and in South Korea by 2025. Robotic dolphins (for ethical waterparks) and regulated lab-grown meat are now a reality. It can be said of tech trends that "objects in mirror are closer than they appear".

The bellwether: Orlando in the US has been given the go-ahead to build the first “vertiport” to be ready for commercial “flying taxi” flights by 2025.

Psychologists say it takes 21 days to form a new habit, which means that many who tested online shopping during lockdown are now converted. But it’s not only how we shop but what we feel we need.

The Financial Times wrote during a lockdown: “Many companies have little choice but to begin some revamping of their business models. The pandemic has made sure that either their customers are no longer where they were or have no need of what they are selling”.

The madness and unsustainability of the fast fashion cycle were exposed, which has resulted in many companies exploring circular economies as a new business model. Global supply chains solely reliant on China have been reassessed, and there is hope that local SMEs will benefit from this re-routing in many countries.

“Micro-fulfilment centres”, to appease the impatience of on-demand customers, is the new buzz phrase in commercial property, as are electric or manual bicycles for delivery. Sustainability has shifted from a consumer issue to the responsibility of retailers and manufacturers as every link of the supply chain is now being scrutinised.

The bellwether: H&M installed a circular economy machine in a store in Stockholm and invited customers to bring a garment they want to discard, watch it get broken down, then rewoven into a new item.

The 2019 trade war between America and China gave rise to murmurs of deglobalisation, regionalism and the spectre of “tech nationalism”. In 2021, a gradual retreat from global economic integration is being felt. Regionalism is becoming more entrenched with the Asia Pacific Trade Deal (the world’s largest regional free-trade agreement), and there are talks of a Silicon Quadrilateral between Seoul, Beijing, Singapore and New Delhi as an Asian tech hub.

The pandemic spawned a contactless economy. All business-owners should ask themselves how this affects them as it affects consumer-related businesses and, for example, the complexities of integrating new remote working systems for corporates.

The WFH ripple effect will be game-changing as familial considerations are prioritised, and the call for “humanising business” grows louder. As Wired magazine observes, the reorganisation of businesses “may well be as much a change in ethos, in values and approach, as it is a shift to online retailing, trade and business”. Now more than ever, business models focused solely on shareholder primacy and pursuing the bottom line, above all, are fast becoming outdated.
The bellwether: Unexpected health problems affecting Covid-19 “long-haulers” is starting to impede their ability to work. Public health officials and medical researchers are urging for the condition to be officially recognised as a syndrome, as the long-term impact on economies could be devastating.

The planet seemed to be venting its fury on the human race in 2020, with runaway bushfires, locust plagues, floods, landslides and a global pandemic. The realisation that Zoonosis is becoming increasingly problematic for the human race is sinking in, especially after millions of mink were culled in Denmark as a precautionary measure to a mutation in the coronavirus. New global hotspots for the next pandemic are already being mapped and predicted.

Like technology, sustainability issues have been fast-tracked. A Lancet report is urging that climate change be recognised as a public health risk, while 14 countries signed an agreement to pursue a “sustainable ocean economy”.

Interestingly, investment firms are now feeling the heat of climate change as more clients question the funding of polluting businesses, specifically coal, gas and petroleum companies. In South Africa, Standard Bank unveiled a new fossil-fuel funding policy, while in the UK, a PR collaborative is pushing other PR firms to ditch fossil fuel clients. The Guardian became the first global publishing house to refuse any advertising from companies that extract fossil fuels.

The bellwether: An Australian man successfully sued a superfund for failing to manage climate change risks in his investment portfolio.

The talk of “vaccine diplomacy”, which surfaced during the lockdown, quickly disintegrated into “vaccine nationalism” as the first certified vaccines started to be administered. Mirroring the rise of “tech nationalism”, vaccine nationalism is set to increase already tense geopolitical dynamics worldwide. As with the formation of regional trade alliances, so too are political security clusters forming.

The Quad Alliance is a rebranded security dialogue between Australia, India, Japan and the US, ostensibly to monitor and combat China’s foreign influence. Meanwhile, the Five Eyes intelligence partnership (comprised of the USA, Australia, Canada, New Zealand and the UK) has evolved beyond intelligence cooperation to weigh in on geopolitical issues, like Beijing’s handling of Hong Kong’s pro-democracy protests.

Meanwhile, the Covid-19 global vaccine alliance, known as COVAX, has grown to a network of 184 countries to ensure equitable access to Covid-19 diagnostics, treatments and vaccines, especially for low and middle-income economies.

The bellwether: Immunity passports – vaccine certification, or proof of recovery from the disease, which can be used to allow entry to a country or establishment – are being debated. The reality of increased discrimination and the marginalisation of the poor, in favour of the privileged, will become a human rights issue.

SOCIO-CULTURAL: Existential crises and life in the metaverse

It’s safe to say that much of humanity experienced an existential crisis of sorts while in lockdown. The realisation that work, and place of work, are not mutually exclusive triggered a deeply introspective lifestyle audit. But the blurring of boundaries between our physical lives and our (now entrenched) virtual lives complicates things further.

In the corporate world, the call to humanise businesses has manifested itself in a strange form – the emergence of “corporate clergy”, or a spiritual business consultant, tasked with bringing spiritual depth to callous corporates.

This intervention is timeous. The impact of the pandemic on mental well-being was brutal, and the forced migration into the metaverse unexpectedly resulted in digital assistants and chatbots becoming preferred therapists people turned to for advice. A survey found that 80% of respondents are happy having a robot as a therapist.

Musician Lil Nas X blurred the entertainment boundaries by moving his performances into the virtual gaming world of Roblox. His avatar performed four shows over two days and garnered 33 million views. Students at Curro schools in South Africa moved into the metaverse when they were unable to play physical sports during the lockdown. They turned to esports and created the Curro Clash Minecraft Esport League.

The gaming world has also emerged as a lucrative parallel universe. Not only can you buy a virtual US$9,500 digital dress for your avatar, but you can also hire interior designers to remodel your digital penthouse.

The bellwether: Warner Bros. announced that it would stream all 17 of its films planned for 2021 on HBO Max, as well as in theatres, simultaneously.

Dion Chang is the founder of Flux Trends 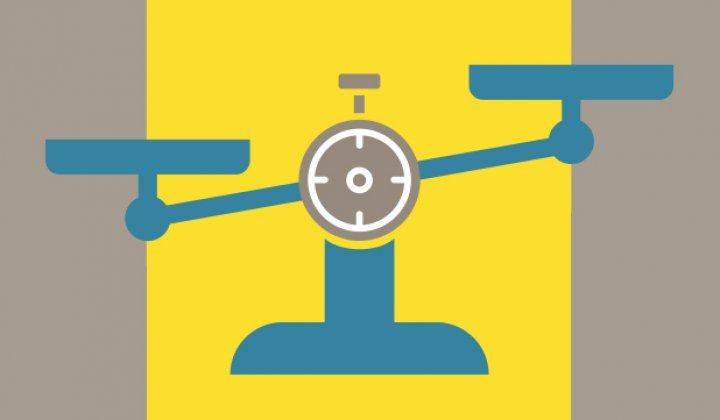 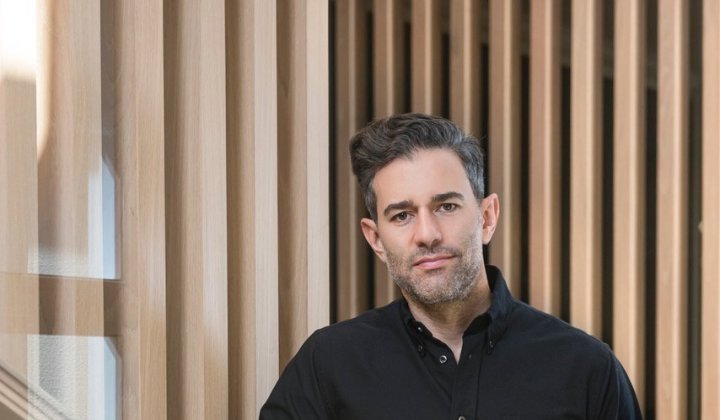 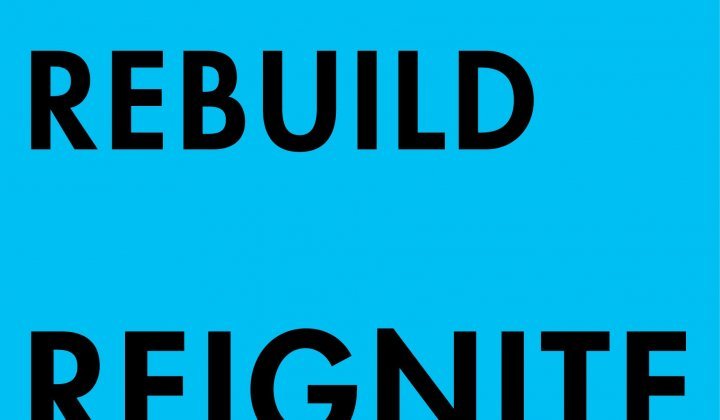